© Tim Heitman-USA TODAY Sports
The Dallas Cowboys head into another season with high expectations, seeking to become the first team to repeat as NFC East champions since the Philadelphia Eagles accomplished the feat from 2001 through 2004. Dallas experienced offseason losses of wide receiver Amari Cooper, pass rusher Randy Gregory, and tackle La’El Collins in free agency, making the path to repeat much tougher than expected.

Dallas still has Dak Prescott at quarterback and CeeDee Lamb and Michael Gallup at wide receiver. Ezekiel Elliott returns at running back in his quest for a bounce-back season (his yards per game have decreased in every season since entering the league), while Tony Pollard is expected to provide even more explosive plays for the No. 1 offense in points scored and total yards from last season.

Dan Quinn will be back to lead the defense in Year 2, led by the reigning defensive rookie of the year in Micah Parsons and the league’s interception leader in Trevon Diggs. The Cowboys will need to solve their playoff woes to be Super Bowl contenders, even though they have a roster talented enough to get there.

The 2002 Cowboys season will be another exciting one as Dallas continues to compete for NFC supremacy. Below, find a complete look at the teams set to square off with the Cowboys this year, as well as a rundown of their 18-week regular-season schedule (once announced):

Eagles (home, away): Philadelphia is expected to be the biggest challenger for Dallas in the NFC East, as the Cowboys secondary will be tested with A.J. Brown and DeVonta Smith. Dallas swept Philadelphia last season as one of the matchups has been in been in primetime every year since 2003.

Commanders (home, away): Dallas will be seeing carson Wentz twice a year again as Wentz is back in the NFC East with Washington. Dallas swept Washington in 2021 and have won five of its last seven against the Commanders.

Giants (home, away): The Cowboys will face a familiar foe in Daniel Jones, but he’ll have a new head coach in Brian Daboll. Dallas swept New York last year and the Cowboys have won nine of their last 10 against the Giants.

Bears (home): Dallas will see Justin Fields for the first time, as the Cowboys haven’t faced the Bears at home since 2016. Like the rest of the NFC East, the Cowboys will be eying up a rebuilding Bears team.

Lions (home): The Lions haven’t beaten Dallas since the 2013 season, with the Cowboys winning four straight against them. The traditional hosts of the Thanksgiving games will square off for the first time since 2019.

Texans (home): The Texas rivalry resumes between the Cowboys and Texans, this time coming in AT&T Stadium — where the Texans fell in their only appearance (2014). Houston has never beaten Dallas on the road.

Colts (home): The Cowboys will be seeing Matt Ryan in a different uniform as this game will be one of the tougher home contests on the schedule. Indianapolis hasn’t defeated Dallas on the road since 1984 — the Colts first year in Indianapolis.

Buccaneers (home): Tom Brady is coming to AT&T Stadium for the first time as a member of the Buccaneers,a  rematch of last year’s season-opening thriller in Tampa Bay. Brady last played in Dallas in 2015.

Bengals (home): The Cowboys will see Joe Burrow for the first time, as the matchup with the defending AFC champions will be one hot ticket. Cincinnati hasn’t beaten Dallas in Dallas since 1988.

Packers (away): The Cowboys head to Lambeau Field to face Aaron Rodgers and the Packers in a battle for NFC supremacy. Dallas has lost three straight to Green Bay, the last win coming in 2016.

Jaguars (away): The Cowboys get their first look at Trevor Lawrence, but face an old foe in Jaguars coach Doug Pederson — coached the Eagles from 2016 to 2020. Dallas makes its first appearance in Jacksonville since 2014.

Titans (away): Cowboys fans will certainly have a party in Nashville as Dallas faces the defending AFC South champions. Dallas hasn’t lost in Nashville since Christmas Day in 2000, but Derrick henry will be a tough task.

Vikings (away): Another matchup between the Cowboys and Vikings, who meet for the fourth straight year — the third consecutive in Minnesota. The Cowboys have won both those meetings.

Rams (away): The Cowboys face the defending NFC champions in their third consecutive trip to SoFi Stadium (played the Chargers there last season and the Rams there in 2020). Dallas hasn’t beaten the Rams in Los Angeles since 1990. 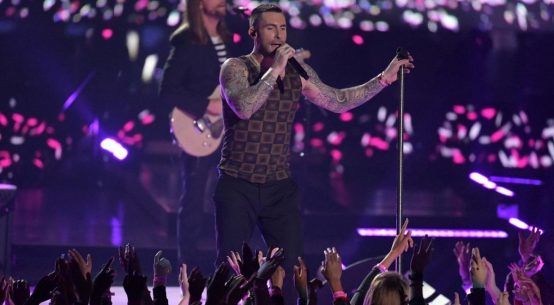