It’s hot out, which means now might seem like a weird time to think about free agency.

Well, guess what? I’m a weird guy, so I’m going to do it anyway.

Every season, there are impending free-agent players in their so-called “walk year” who blow past expectations and earn themselves way, way more money than the industry thought they’d get. A recent example: Robbie Ray turned a breakout Cy Young campaign in 2021 into a huge deal with the Mariners.

Even though the 2022 MLB season is barely two months old, a handful of “walk-year” guys have already made themselves some serious dough.

Let’s take a look at four of them.

Hours before the first pitch of Opening Day, Yankees general manager Brian Cashman revealed to the media that Judge had declined a seven-year, $213.5 million contract extension. By sharing that info publicly — a remarkably abnormal thing for a team executive to do — it seemed like Cashman was basically saying, “We made an incredibly reasonable offer. I’m not sure what else you want us to do.”

At the time, seven years and $213.5 million seemed as fair as could be.

When healthy, Judge is one of the most dynamic and valuable players in the sport, perpetually one swing away from ding-dong magic. But he was also considered an injury-prone corner outfielder who’d already turned 30, with an enormous frame that might not age well as he slides toward 40.

By declining the deal, Judge made a huge gamble on himself. It’s not easy to turn down 213.5 million bucks.

But two months into the season, Judge looks like a genius.

Aaron Judge, Tony La Russa and more on this week’s Buy or Sell

Ben Verlander goes over this week’s Buy or Sell, questioning whether Aaron Judge is the best player in baseball and more.

The numbers are eye-popping. Judge leads the league in several categories, including homers (24), OPS (1.059) and runs (52). At the plate, he’s the most dangerous and locked-in he has looked since his unforgettable, 52-homer Rookie of the Year campaign in 2017. More importantly, he has stayed healthy, starting 58 of his team’s 61 games so far this season (the three missed starts were normal off days).

Judge has also spent more time in center field (26 starts so far this season) than he had in the rest of his career to date (24 starts from 2017 to ’21). And while he won’t win any Gold Gloves in center, he has proven that he’s playable out there.

Those three developments — his magnificence at the plate, his ability to stay on the field and his newfound defensive versatility — mean that Judge’s gamble on himself is going to pay off. The largest contract ever signed by a 30-year-old in MLB is the eight-year, $248 million extension ($31 million per year) Miguel Cabrera got from the Tigers in 2016. Judge should blow past that.

Because he’s a tick older than other recent stars who got big bags of money — Mike Trout, Mookie Betts, Corey Seager and Francisco Lindor were all 27, and Bryce Harper and Manny Machado were 26 — Judge might not get a ton of years when he signs this winter, but if he can keep this up, his annual average value is going to be enormous.

Oh, and it’s still like 90% guaranteed he’s coming back to the Yankees.

Even though Swanson is a big name — No. 1 overall pick, hometown kid playing shortstop for the Braves, helping the team to its first title in 25 years — he has never really turned into the elite player some expected him to be.

Sure, he posted some solid offensive seasons while flashing awesome defense at one of the game’s most valuable positions, but he was undoubtedly below the first or even second tier of the best shortstops in the game. Heading into this season, Swanson had never made an All-Star team and never won a Silver Slugger or Gold Glove.

Even last season, when he blasted 27 bombs, Swanson still posted a below-average 97 OPS+. It always felt like there was another gear for him at the plate that he just couldn’t tap into.

Ben Verlander breaks down why he has Dansby Swanson of the Atlanta Braves on his Team of the Week.

What has caused the jump in production? It’s all about decision-making. Swanson’s April strikeout rate was 36%. In May, it was 25%, and so far in June, it’s 18%. He has been chasing pitches outside the zone less while pulverizing pitches in the zone that he can drive.

Only time will tell how lasting and meaningful Swanson new approach really is, but if he can provide an above-average bat while continuing to play superb defense at short, he could get a pretty sweet contract this winter. It’s difficult to envision Swanson playing for anyone but the Braves — did you know he’s from Atlanta? — but as was the case with Freddie Freeman, the lack of an extension to this point implies that Swanson is probably willing to test the open market.

Contreras is one of three remaining members of the 2016 curse-shattering Chicago Cubs squad, alongside Kyle Hendricks and Jason Heyward, but his time in Cubbie blue seems to be coming to an end. For whatever reason, ownership has been hesitant to offer a fair extension to perhaps the most beloved member of a pretty unwatchable Cubs club. As a result, his name is being bandied about in trade rumors more than a month-and-a-half before the deadline.

Whether or not a deal actually goes down (teams are more hesitant to trade for big-name catchers midseason because they haven’t had time to build relationships with the pitching staff), Contreras is set to hit free agency as the most desired catcher available.

He has taken a huge jump offensively this season by a) striking out less and b) hitting the ball harder. Sometimes baseball really is that simple. With a .949 OPS and 2.4 fWAR, Contreras has been far and away the sport’s most valuable catcher thus far in 2022. The only other player in the same hemisphere has been his younger brother, Braves backstop William.

Catcher contracts are weird, and there’s some skepticism around the industry about Contreras’ defensive abilities, but he has been so dynamic at the dish that some team is sure to shell out a deal approaching the five-year, $115.5 million extension J.T. Realmuto got from the Phillies.

The best ability is availability, especially if you’re a pitcher entering free agency. Teams are much more willing to dole out generational wealth if you can dice up lineups over multiple seasons.

Since getting dealt to his hometown team before the 2021 season, Musgrove has gone from eternal breakout candidate to one of the most reliable and dominant pitchers in baseball. His no-hitter in April 2021 was the highlight of an otherwise disappointing Padres season.

And now, in 2022, Musgrove has taken yet another step forward and looks primed to be in the NL Cy Young conversation.

Joe Musgrove tells Ben Verlander what it was like to throw the first no-hitter in San Diego Padres history.

Through 72 innings in 11 starts this year, Musgrove has worked to a microscopic 1.50 ERA, second-lowest amongst starters behind that of Dodgers cat-lover Tony Gonsolin. The San Diego native will hit the market at 30 years old and has probably earned himself a deal similar to the seven-year, $140 million pact Patrick Corbin got from the Nationals a few years ago.

Jake Mintz is the louder half of @CespedesBBQ and a baseball writer for FOX Sports. He’s an Orioles fan living in New York City, and thus, he leads a lonely existence most Octobers. If he’s not watching baseball, he’s almost certainly riding his bike. You can follow him on Twitter @Jake_Mintz.

Get more from Major League Baseball Follow your favorites to get information about games, news and more. 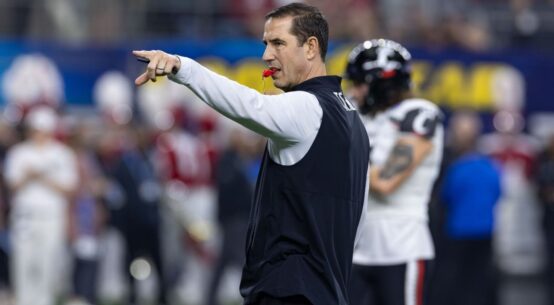 How Michigan, Notre Dame and other CFP hopefuls can take the next step