Skip to content
You are here
Home > Football > CAF > Algeria 2-1 Nigeria: Africa Cup of Nations semi-final – as it happened

That’s all from me. Algeria had a flood of first-half chances, but achieved little in the second period until Riyad Mahrez stepped up for that late, late free kick. It was enough. Bye!

What cool from Mahrez. What guts, what technique. He had a quiet game, but somehow he’s always there in the key moments. Nigeria handled him very well, but he still comes out of the game with a goal and an assist.

So Algeria will play Senegal in Friday’s final! They have probably been the two best sides across the tournament, and one of them will win it.

90+6 mins: It’s all over! The referee gets everyone lined up for a centre-kick, but the moment it’s taken he blows for full time!

90+5 mins: That was Akpeyi’s side of the goal, unprotected by the wall. It had to be a hard and precise shot if it was to go in, and that’s what it was!

90+5 mins: Mahrez curls a cracker into the far corner!

90+4 mins: Now Algeria have a free kick, 20 yards from goal and central. It’s a fabulous shooting chance. If this goes in, it’s over.

90+3 mins: Mahrez runs into the area, but he perhaps takes one touch too many and loses the ball before he can take his shot!

90+2 mins: Algeria hit the bar! Bennacer blasts in a shot from 20 yards that thumps into the meat of the bar with Akpeyi beaten!

90+1 mins: There will be four minutes of stoppage time.

90 mins: Chance for Algeria! Feghouli collects the ball on the edge of the area and turns. His marker moves away from him to cover a possible pass to Mahrez, so Feghouli decides to have a shot. It isn’t a good one.

89 mins: Awaziem has been booked for something or other. It wasn’t shown on TV. He would now miss the final.

88 mins: Musa plays the ball to Henry, just inside the area, but he takes a low-percentage shot that wasn’t going in, and certainly wasn’t once it clipped a defender’s calf. The referee didn’t see that either. Goal kick.

86 mins: Belaili run down the left, lifts the ball over Awaziem, and is taken out by the defender, who I thought made a deliberate movement as he slid under the ball to make sure he caught his opponent’s leg. The referee sadly doesn’t have slow-motion eyes, and gives a goal kick.

84 mins: There have been two free kicks in the last couple of minutes. Mahrez for Algeria and Etebo for Nigeria both overhit them, one into touch and one to the keeper. There’s very little precision about anything anyone’s doing.

80 mins: It’s been a poor second half, in which next to nothing has been created from open play. Iwobi has a shot from 23 yards or so, which is on target but easily stopped.

78 mins: A first substitution, and it sees Henry replace Chukwueze for Nigeria.

76 mins: So nearly 200 minutes of semi-finals have been played, and we’ve had two own goals and a penalty. Will this one follow the first into extra time?

72 mins: Such a long delay, and it ends with Ighalo sending the goalkeeper the wrong way before sidefooting a splendid spot-kick into the corner of the net!

72 mins: Odion Ighalo will take it. He places the ball on the spot …

71 mins: The referee does give the penalty! And he books Mandi to boot!

70 mins: Finally, the referee goes to have a look himself. I think he’ll point to the spot here.

69 mins: Mandi is the defender in question. The game has been held up while the VAR had a good look at all available replays. It’s all taking way too long, though.

69 mins: That looked awfully handbally to me. The defender’s arm was not far from his body, but the ball took a long time getting there.

68 mins: Nigeria appeal for handball as Etebo’s shot is blocked inside the area, but nothing is given (yet). Feghouli is then booked for a foul on Etebo.

66 mins: Nigeria are straining to find a way back into this game, but Algeria have contained them well. Still, while the margin is so slender they remain just one brilliant moment from parity.

63 mins: Algeria win a free-kick on the left. It’s headed to the edge of the area and eventually falls to Feghouli, whose volley flies well wide.

57 mins: Guedioura is rolling around in apparent agony, after Musa – entirely innocently – trod on his foot.

55 mins: A nice combination from Nigeria ends when Musa doesn’t quite control, and the ball is aimlessly but emphatically booted clear.

55 mins: This is fun, a game being played at a really high tempo. Quite a lot of errors, but plenty of quality as well. But can anyone score a goal in the right net in these semi-finals.

52 mins: A first booking, and the yellow card is shown to Bounedjah for desperately hacking down Iwobi from behind as the Nigeria forward bursts through Algeria’s half on the counter.

50 mins: A lovely ball into the area looks for a moment destined for Bounedjah, but Troost-Ekong gets in the way.

47 mins: Bennacer is ordered off the field, apparently because the referee is not happy with the midfielder’s socks.

46 mins: Peeeeeeep! Nigeria start half No2!

The players are on their way back out. Can Algeria hang on to this?

Yes, yes we are satisfied with such passion!

Entertain yourself through half-time with a report on the other semi-final: 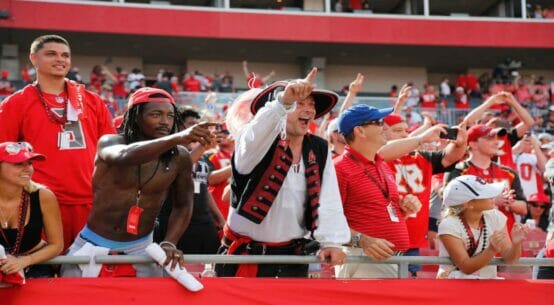 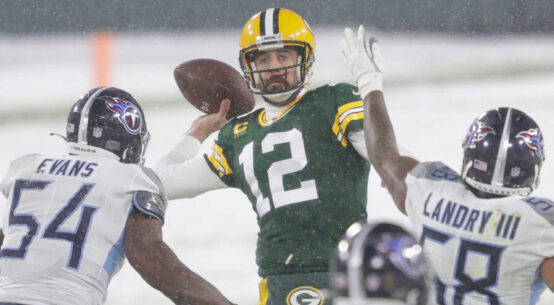 2021 NFL playoff picture, scenarios to clinch: Find out who’s in and who’s out after early Week 17 games 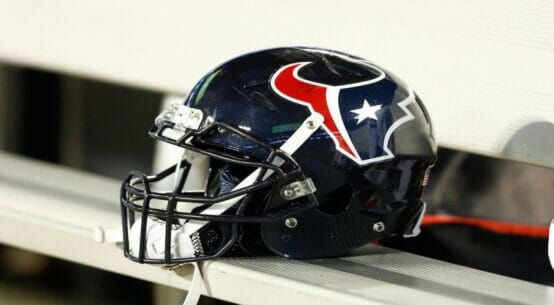 Football cannot be picky about where and when VAR is applied – but is one angle enough? | Paul Wilson