Skip to content
You are here
Home > Football > Arsenal 2-1 Liverpool: Gunners come from behind to end champions’ record hopes

Liverpool manager Jurgen Klopp said his side “have to learn” after the champions’ hopes of setting a new Premier League points record ended as they suffered only their third defeat of a stellar campaign at Arsenal.

Jurgen Klopp’s side – who will receive the trophy after the game with Chelsea at Anfield next week – needed to win all of their remaining games to eclipse the tally of 100 points set by then champions Manchester City two seasons ago.

And they looked on course when Sadio Mane gave Liverpool a fully deserved lead after 20 minutes as he slid home Andrew Robertson’s cross.

Arsenal were then allowed back into the game before the interval after uncharacteristic errors by two of Liverpool’s most reliable performers, Alexandre Lacazette taking advantage of a dreadful back-pass by Virgil van Dijk to equalise before goalkeeper Alisson’s poor clearance gave Reiss Nelson the opportunity to score with a composed finish.

The second half was almost an exercise in attack against defence as Liverpool laid siege to Arsenal’s goal but Mikel Arteta’s side showed real resilience and determination to close out the win and receive a real morale boost before this weekend’s FA Cup semi-final against Manchester City at Wembley.

“I can’t make something negative from something so positive, we get the points we deserve and we will see how many that will be. These boys played an exceptional season, nobody can take that away from them.

“I’m disappointed and angry about a few things but the game was good, the attitude was good, but we took a break and that is why we lost the game. That is football, someone is surprised these boys are human beings – I am not. From time to time they are not perfect.”

Arsenal’s defensive frailties have continued to plague their latest manager, Arteta, and they were demonstrated again in the north London derby defeat at Tottenham on Sunday.

Here, however, Arsenal dug deep to survive a second-half siege from Liverpool in which they existed almost entirely in their own half.

Liverpool had almost all the possession but Arsenal’s much-criticised rearguard remained organised and put their bodies on the line in desperation to preserve the lead given to them by the generosity of the champions.

When Liverpool did get through they found Arsenal goalkeeper Emiliano Martinez in commanding form once more. He has been a real revelation since stepping in for the injured Bernd Leno and was excellent again here, dominating his area and also producing a fine save from Mohamed Salah in the second half.

This was not an artistic Arsenal performance but Arteta will have been delighted with the sheer industry and resilience on show, especially as they face another team who will want to dominate possession as they prepare to confront Manchester City at Wembley on Saturday to battle for a place in the FA Cup final.

Liverpool will be disappointed to miss out on that Premier League points record but it is almost inevitable a crucial edge would be taken off their game after securing the club’s first title in 30 years with seven games still to play.

And it showed here in those awful errors by Van Dijk, so careless when he is normally so precise, and goalkeeper Alisson, who was sloppy with a clearance to allow Nelson to score.

There was no shortage of effort or determination from Jurgen Klopp’s side but even up front they did not possess the ruthless streak that has been such a part of their success, with Salah heading tamely at Martinez when free at the far post and other good positions escaping them.

Liverpool have now lost three league games in winning the title when they only lost one in finishing second to Manchester City last term, that sole defeat coming against the eventual champions at Etihad Stadium – and while one piece of history will not be theirs they can still look forward to receiving the trophy on a special podium erected on the Kop when they play Chelsea next Wednesday.

Arsenal face Manchester City in their FA Cup semi-final at Wembley on Saturday (19:45 BST), before their penultimate Premier League game of the season against Aston Villa on Tuesday (20:15).

Liverpool have a week to recover before their next league match, against Chelsea on Wednesday (20:15). 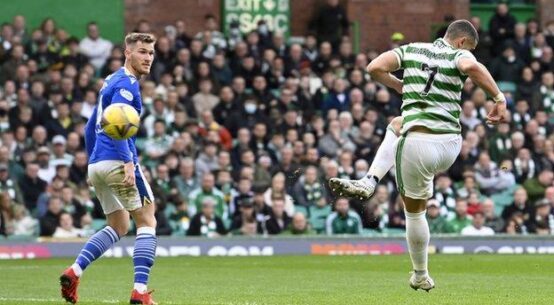 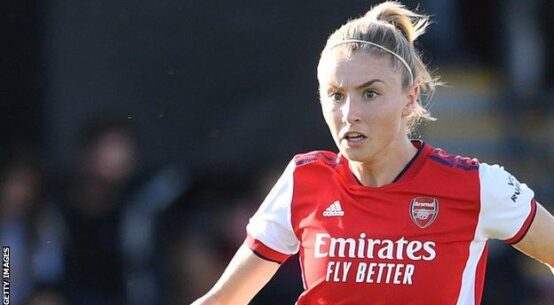