Arsenal are investigating whether captain Pierre-Emerick Aubameyang broke COVID-19 regulations after footage emerged of the striker getting a tattoo.

The 31-year-old was featured in an Instagram story posted five days ago by Spanish tattoo artist Alejandro Nicolas Bernal receiving some new artwork on his hand.

Aubameyang was recently given permission by Gunners boss Mikel Arteta to travel to France to care for his mother, Margarita, who fell seriously ill. He missed three matches as he spent time in quarantine on his return to England.

Neither Aubameyang or Bernal were seen wearing a mask but it is not clear when the footage was shot. After the video of Aubameyang was brought to the club’s attention, an Arsenal spokesman told ESPN: “It’s a private matter and we will be speaking to the player to establish the facts.”

The United Kingdom government has closed all mobile and static tattoo parlours as part of the nationwide lockdown.

Aubameyang returned to the Arsenal starting line-up last Sunday, scoring a hat-trick in a 4-2 win over Leeds United at Emirates Stadium. He wore gloves during the game so his hand was not visible.

Afterwards, Aubameyang said: “It’s been a tough time for me, but now it’s time to get the smile back and win games and score goals, that’s it.

“From everybody around the club, everyone was giving a lot of love to me, my mum and my family, so I’m really, really happy and I’m really proud to be part of this family.

“I have to say thank you to everyone at the club and the fans as well because I received a lot of messages. I’m really happy today, the win and goals — this is for them.” 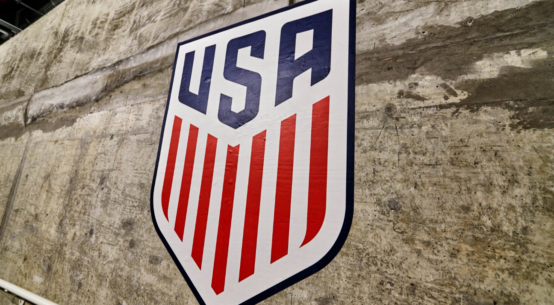