That viral moment for Real Madrid, when players came back out on to the pitch in Monchengladbach and the TV cameras caught Karim Benzema bad-mouthing Vinicius Jr. to Ferland Mendy, was a disgrace. For a senior teammate, one who’s known his share of vitriol, misunderstanding and made a clutch of bad decisions in his career, to lambast a developing, flawed but outrageously gifted youngster in the middle of a crucial Champions League contest was debilitating, mutinous and something for which a player should be disciplined.

The very beating heart of successful football is the team ethic, the “all for one and one for all” ideal. One where it doesn’t matter if you like the other guy across the changing room or not, or if you’re bothered when a teammate loves to blast reggaeton even though you adore nothing more than a bit of Chopin and the occasional Tony Bennett tune — after all, you have each other’s back.

By comparison, it’s corrosive, self-indulgent and even punishable by a fine or possible suspension to coruscate a younger teammate behind his back. That type of behaviour makes loyal fans spit with disgust, feel brutally let down and can harpoon a team’s season as unity of spirit, mood and purpose sink without trace.

But hang on: do you see things completely differently? Are you suspecting that I don’t actually believe any of that?

Perhaps you’re right: let’s look at the evidence. Benzema was a mug to be caught venting his spleen to Mendy, unable any more to contain the boiling and debilitating venom that resulted from his ultra-frustration at playing so poorly. But more than that, let’s look at the impact of what’s happened from that day in Germany to this week, when Madrid faced, and faced down, their first all-or-nothing-at-all showdown of the season. (A note: if you live in Spain, or read the Spanish media from afar, there will be another 25 of those before the season’s over. After all, it’s a country that loves Drama with a capital D.)

If you missed his faux-pas, Benzema was furious that Vinicius seemed to be ignoring or misreading the senior striker’s runs and demands for service; the veteran, whom I suspect holds a mild jealousy for Vinicius’ media profile, simply needed to get it off his chest.

And so, he chose a word with Mendy. Why? Well they’re both French, they spoke in their native language, both were stars at Lyon and, frankly, Benzema was haranguing a guy with whom Vinicius has the on-pitch “understanding” that Benzema would love. Mendy’s big, daring, technically gifted and not much less outrageous in the attacking sorties he loves to launch, even in comparison with Madrid’s perennial left-back, Marcelo “Defending isn’t mentioned in my contract” Vieira da Silva Júnior. You know the guy.

So the fact that he and Vinicius love to interchange five-a-side style flicks and tricks down the left wing, the fact that the young Brazilian is happy to sprint back and help Mendy out of trouble with pressing and tackling… I guess that this has infuriated Benzema still more.

I can imagine the thought: “Look, you’re in this team to give me service, to make goals for Madrid’s leading (and in fact only) centre-forward… quit with the Harlem Globetrotters stuff you and Mendy are producing and get me the ball!”

You can imagine that too, right?

Anyway, from the moment Benzema committed what should be an absolute cardinal sin, he’s been thoroughly vindicated. (Oh, and in case there’s any doubt whatsoever, the phrases and philosophy I quoted at the top of this column were intended to challenge your perception, win your attention and set up a premise that takes into account traditional thinking about team sports and how to perform to an elite standards. You get that, don’t you?)

The thunderously dark cloud above Benzema’s head — think a scenario where Pigpen from Peanuts, Yosemite Sam and the Tasmanian Devil communally raised a French footballing son — has vanished and, in the 225 minutes since exploding in impotent rage, he has found his potency.

Benzema scored an utterly vital goal to help clinch a come-from-behind point in Monchengladbach (utterly vital), notched two goals, an assist and a punchy little performance against Huesca that could easily have brought a hat-trick (and probably should have done) and has reminded us that his partnership with Eden Hazard could be pretty special. Then, on Tuesday, he turned in another good goal-scoring performance in a 3-2 win over Inter Milan that keeps Madrid healthy, rather than hellish, in their difficult Champions League group.

Four goals in three games, an assist and seven points for Real Madrid across the two competitions. Benzema is a striker who still works — glides in fact, as if he were 28 years young again — and as for his angst? It’s long gone.

However seriously we take football’s ideas, its performance, the financial rewards or the hearts and souls of fanatical supporter it holds in its hands, football is meant to be entertaining. The world “morbo” is Spanish for “there’s something special, or morbidly fascinating,” about this event coming up. It can be interpreted as anticipation for the next game between two rivals who hold nothing but antipathy for one another, or the first time two managers go head-to-head after slagging each other off, or even the return to a former club by a much loved, but now departed, legend/player — you get the idea. But there is also, without question, delicious “morbo” surrounding Vinicius vs. Benzema, too.

Will they speak? Will they pass to one another? Was that a poisonous glance they exchanged? Will they fall out on the pitch? Will we get a glorious, happy embrace as Benzema tucks away another soaring top-corner drive, turning to thank his now-redeemed antagonist?

The Brazilian, prima facie, has rescued Madrid twice at least this season with crucial, point-winning goals against Valladolid and Levante, and he wasn’t even present in the Monchengladbach tunnel when Benzema threw his hissy fit. However, Vinicius was taken off with 20 minutes left in Germany, didn’t start against Huesca and was benched again when Antonio Conte’s Inter boys arrived on a mission this week.

Sid Lowe feels Karim Benzema and Vinicius Jr. will be under a microscope as Real Madrid face Huesca.

He’s blameless for the whole incident though when asked about the furious farrago, Zinedine Zidane offered his own version of “nothing to see here folks, move along, ain’t you got nothing better to be doing with your time…”

That old schtick, true, but he’s essentially right, too. This kind of thing is the beating pulse of professional sport. You’d like to think it’s all gleaming ideals, crisp well-planned and inspirational communication, chests bursting with pure ambition and hearts beating to the tom-tom rhythm of “victory, unity, endeavour, self sacrifice…..historic triumph!”

But it’s not. Football, like all high-stakes, high-profile team sports, is less Chariots of Fire and often more about the fire and brimstone of jealousies, feuds and self-interest that can get in the way of team objectives. There’s also the most ancient, internal more of them all: the “I want more!’ motivation. More money, more trophies, more profile, more sponsorship, more attention — more of anything that will feed the voracious, competitive hunger within.

Excellence needs either to stem from these ill-fitting bedfellows or by vaulting over the petty human flaws that can be ruinous to team play if left unchecked. So if someone painted a snapshot of this week-long imbroglio without having paid attention to how the subsequent matches have actually played out, they’d portray it as Benzema the benefactor and Vinicius the victim.

As soon as the 20-year-old Brazilian came on against Huesca — literally his first important action — he started scavenging about five metres outside Madrid’s own penalty box. Two minutes later, as Jorge Valdano, a Argentinian World Cup winner and former Madrid manager, was expounding about the feud between Vinicius and Benzema on TV, the Brazilian robbed Eugeni Valderrama on the run, roared past Jorge Pulido and dragged a huffing, puffing Dimitris Siovas with him for 20 metres until he exploded the turbo chargers for the final part of his eight-second, seventy-metre sprint, left his rival in the dust and squared a perfect pass for Benzema, who bounced his first time shot just over the bar. It was epic.

Epic “morbo,” too. It was as if Vinicius was saying “you can doubt me or badmouth me behind my back, but I’m still going to make history here. Lay down the gauntlet as often as you like; I’ll pick it up.”

It was superb. Vinicius continued in that vein for the rest of the match, and then erupted into action against Inter when asked by Zidane to rescue a situation via which Madrid were about to finish their third Champions League match for a total of two points. Potential disaster. After a cameo of verve and aggression, changing the entire tempo and direction of a game that was heading for a 2-2 draw, Vinicius served up a delicious assist for Rodrygo‘s glorious winner.

Now here’s where we stand. Benzema, who remains an absolutely extraordinary footballer, a luxury for us all to admire and enjoy, chose the wrong way and the wrong time to let frustration overcome him. Zidane, coach of Spain’s reigning champions and whose team is eight points clear of Barcelona in La Liga, might well have been judged to have indulged Benzema and left Vinicius hanging out to dry by dropping him immediately after the 2-2 draw in Germany.

Vinicius? Perhaps he needs to accelerate the development of his precision, perhaps he could be more intuitive about what Benzema needs. But the summary is simple: Benzema is firing on all cylinders and scoring like he’s in the prime of life, Zidane is suddenly running a team that’s scored nine times in three matches and Vinicius is in pugnacious, impactful form, undoubtedly fortified by the entire affair.

Football, as Sir Alex Ferguson famously said: “Bloody hell.” Just when you think you know what’s right and what’s wrong, which acts are capital sins and which aren’t, an incident like this comes along and turns everything on its head. No wonder they all earn the big bucks they do. Tune in and keep watching Real Madrid, as there will be more “morbo” to come. Guaranteed. 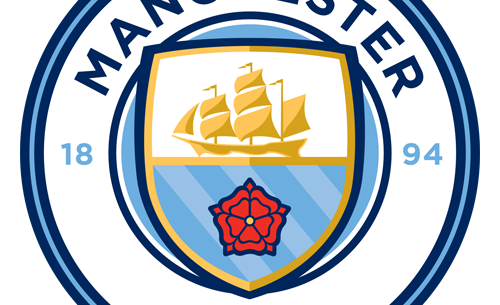 Should Lionel Messi stay at Barcelona or join Man City or PSG? Our experts break it down