Skip to content
You are here
Home > Football > Brentford 4-0 Manchester United: Bees run riot in first half to humiliate visitors 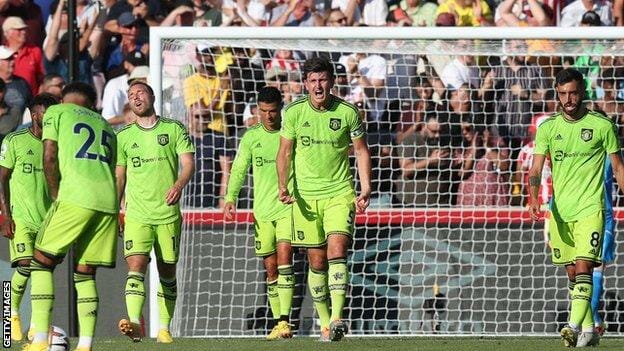 Brentford produced a stunning first-half performance as they scored four goals in the first 35 minutes to condemn Manchester United to a humiliating defeat at Gtech Community Stadium.

Mathias Jensen doubled the lead after dispossessing former Brentford player Christian Eriksen, with Ben Mee and Bryan Mbeumo goals putting Thomas Frank’s side four up during an incredible first half in which they dismantled United in stunning fashion.

The defeat is United’s seventh in a row on the road – their worst run since 1936 – while it is the seventh time they have conceded at least four goals in a league game since the start of last season.

While Brentford can bask in a historic win, United boss Erik ten Hag faces the unenviable task of lifting his players in time for the visit of Liverpool to Old Trafford on Monday, 22 August.

From bad to worse for United

Having been deservedly beaten by Brighton last week, United sought to make a quick start but it was Brentford who found early joy as the visitors’ defence crumbled in spectacular fashion against their high-pressing hosts.

De Gea, who for so long has been one of United’s most consistent performers, was left red-faced when he allowed Dasilva’s speculative shot from distance to slip underneath him and into the net, with Cristiano Ronaldo claiming he was fouled in the build-up.

Harry Maguire was then booked for a clumsy lunge on Dasilva, and while Mathias Jensen missed from the resultant free-kick, the Danish midfielder was celebrating two minutes later following another United mistake.

De Gea’s pass to Eriksen on the edge of the United penalty area led to Jensen stealing the ball before slotting low into the net to double Brentford’s lead.

After falling two behind to Brighton last week, it was another stern examination of United’s character, but it only got worse as Brentford struck twice in the space of five minutes to move four clear.

Mee nodded home at the far post to make it three before Mbeumo finished off a rapid counter-attack when he controlled Ivan Toney’s pass before curling the ball beyond a helpless De Gea to put the Bees four up after a scarcely believable 35 minutes.

Manager Ten Hag could barely have envisaged such a catastrophic start to his reign, and while there is still time for the Dutchman to transform their fortunes, the first two games of the season have underlined the daunting task facing the former Ajax boss at Old Trafford.

Brentford a breath of fresh air

While much of the post-match discussion will focus on United’s problems, Brentford – like Brighton last week – deserve praise for their approach and execution.

From the first whistle, they tormented United, refusing to allow the visitors time on the ball and, crucially, took their chances to leave their opponents in the dust.

The first goal arrived when Jensen robbed Ronaldo inside the United half and fed the onrushing Dasilva. With Lisandro Martinez – subbed at half-time – slow to close off the space, Dasilva sent a low shot towards the goal that escaped De Gea’s grasp.

That set the tone for the first half as Brentford ran riot. The impressive Jensen anticipated De Gea’s risky pass to Eriksen and punished both players, before Toney used his height advantage to beat Martinez in the air and tee up Mee, who marked his home debut with a goal.

The fourth goal summed up the difference between the sides. After Jadon Sancho was muscled off the ball inside the Brentford box, the hosts pumped the ball long to Toney.

With United slow to react to the developing counter-attack, Toney slipped in Mbeumo, who shook off Luke Shaw and swept the ball home to spark delirious scenes among the home fans.

Ten Hag’s response was to introduce Raphael Varane, Scott McTominay and Tyrell Malacia at the break, but with his players apparently in shock, United were unable to mount the miraculous comeback required to salvage something from the game as Brentford strolled to a victory that will live long in the memory. 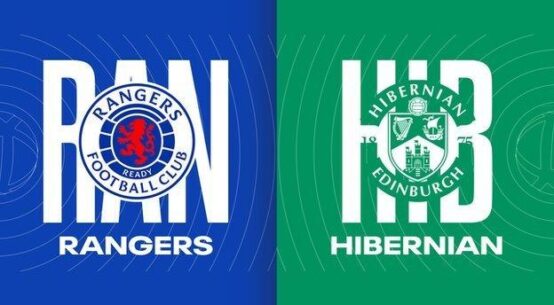 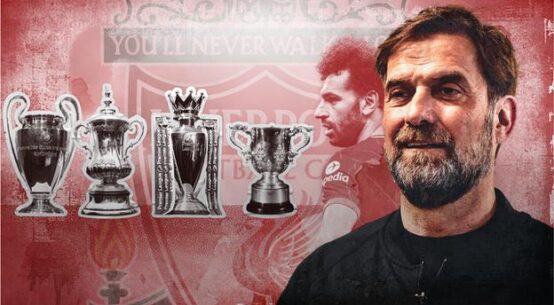 Tottenham-Rennes Europa Conference League game will not be rescheduled – Uefa