Herbert, who did not throw any passes in Wednesday’s practice, was limited to handing the ball off to the team’s running backs. Staley said Herbert is feeling “more comfortable” nearly a week after suffering the injury.

“He’s gotten a lot of rest since the last game,” Staley said, per ESPN. I know that he was able to do some light throwing yesterday, some rotational work, but we’re just going to take it day by day and see where his comfort level is.”

Herbert suffered the injury in the Chargers’ 27–24 loss to the Chiefs on Thursday Night Football. With 5:09 left to play, Herbert was hit by Chiefs defensive end Mike Danna and played through a considerable amount of pain the rest of the game.

Following the play, the third-year quarterback left the field for one possession before re-entering the game and taking another hit from Chiefs defenders Frank Clark and George Karlaftis. However, the 24-year-old remained in the game.

While backups Chase Daniel and Jacob Eason handled throwing reps in practice, Staley did not rule out Herbert from playing in the Chargers’ game against the Jaguars on Sunday. However, whether or not Herbert plays stems from the signal caller’s decision.

“It will start with him and then obviously him feeling good about what the medical team feels like is best, him weighing the options and then us making a good decision,” Staley said, per ESPN.

Herbert went 33-of-48 for 334 yards, three touchdowns and one interception in the Chargers’ loss. Through two weeks of the season, the 2021 Pro Bowler has thrown for 613 yards and six touchdowns. 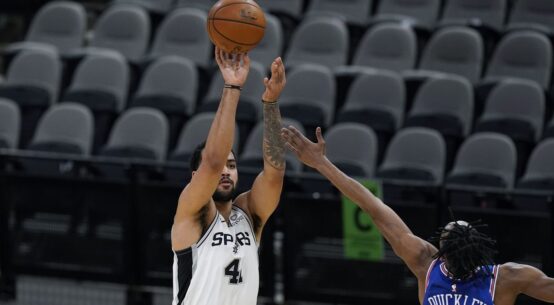