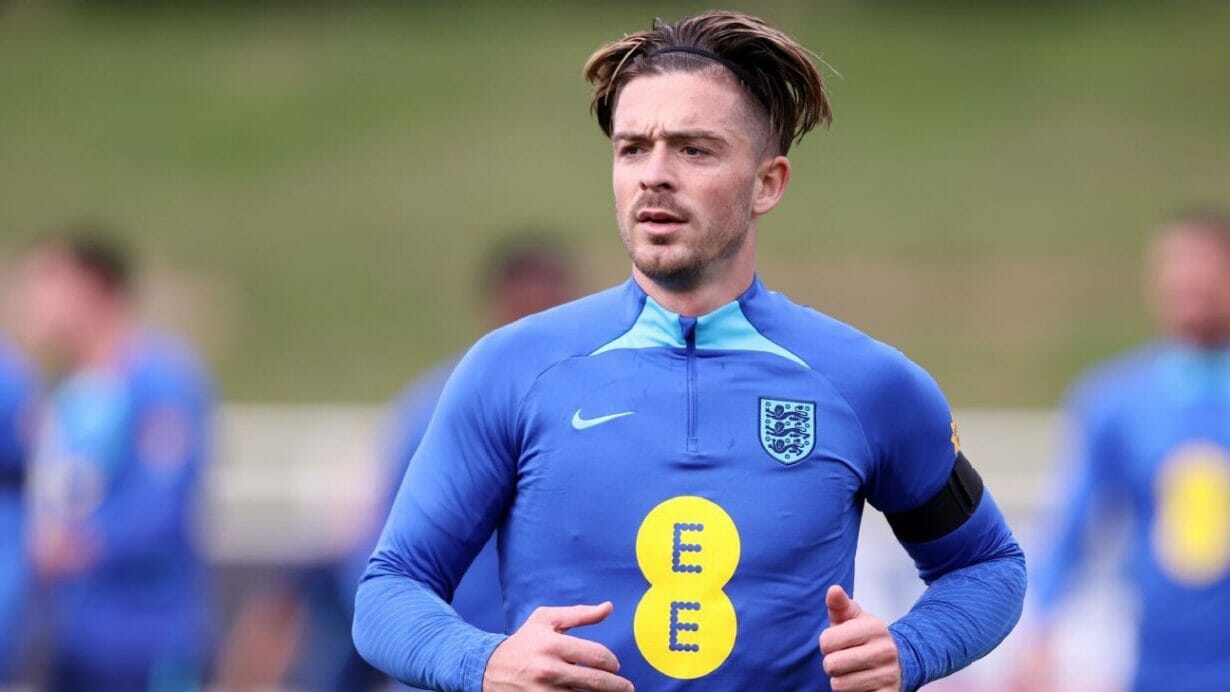 Jack Grealish has dismissed repeated criticism of his playing style from Graeme Souness by revealing Manchester City boss Pep Guardiola has urged to him to show the “balls” to adapt to a different approach.

The 27-year-old moved from Aston Villa to City last summer in a £100 million transfer and although Guardiola’s side won a fourth Premier League title in five years, Grealish was sometimes a peripheral figure starting only 22 games and scoring three goals.

Former Liverpool midfielder-turned pundit Souness this week claimed Grealish is “a good footballer, not a great player” and claimed he was fouled so often at Aston Villa because he lingered too long in possession was “not seeing the picture quick enough.”

It is the latest in a series of withering assessments from Souness on Grealish, who chose a press conference at St George’s Park following his call-up to the latest England squad for UEFA Nations League matches against Italy and Germany as an opportune moment to respond.

“I don’t know what his problem is with me,” said Grealish. “He always says stuff about me. But I try not to read a lot of it. It is difficult you know when he’s on Sky Sports and it’s everywhere around the training ground at times.

“Listen, he was obviously a great player and won a lot but I know he has a lot of stuff to … I don’t know what it is with what he says about me or what problem he’s got. I know my own ability.

“I know before that he used to say a lot of stuff about me not moving the ball quicker but when I’m playing for a manager like Pep Guardiola and he’s telling me to keep the ball as much as I can and have balls to take it everywhere, that’s what I’ll try and do.

“Obviously I am always going to have people, if I’m not playing well … listen I know within myself, I always watch my games back and stuff like this and I am very critical of myself.

“I know that there were games, especially in the second half of last season, where I wasn’t at my best at all.”

Grealish started City’s opening game of the season at West Ham but picked up an ankle problem which reduced him to a second-half substitute role against Bournemouth, after which he was sidelined for three weeks.

“But from now on, I’m just going to try and get my head down and try and get that fitness back because I know I’m not at 100% yet. I think I’ve only played one 90 minutes this season. But yeah, I think I’ll always have people on the back of me but I’ve just got to try and go and perform.”

Grealish, Britain’s most expensive football, attracted further scrutiny over the summer after being pictured on holiday in Ibiza and Las Vegas.

“I’m just like a normal kid,” he said. “I feel like I was just doing what a lot of other footballers are doing, but just sometimes I get more attention when I’m on holiday in Ibiza or Vegas or something.

“After that then I was putting up photos [on social media] of me working. I don’t know if a lot of people spoke about that. I tried to come back as fit as possible and I felt like I did. I’ve seen the manager said that a few times about me.

“I know what I’m like and how professional I actually am and hopefully I can just get my performances back to where I was when I’m playing at my best.

“I’ve had to learn to deal with it. It’s more if someone was saying it like my Mum or my Dad or someone, I’d listen a lot more.

“But yeah, sometimes when people are saying it whether it is trolls on Twitter or Instagram or stuff like that, that doesn’t bother me at all. That’s just part and parcel of what we have playing for the national team and playing for big clubs in England. I don’t think I’m the only one, I think there’s quite a few.

“When I signed for Man City and the price that came with it, I knew it wasn’t going to all be laughs unless I started the way Erling Haaland did. That’s the only way I wouldn’t get caned.” How does a WWE Superstar change their character?