Quarterbacks are a major storyline before every college football season, but the interest level will be especially high when games kick off later this month.

The combination of a lukewarm 2022 NFL quarterback draft class, many prominent returning starters and a vibrant transfer market has left a fascinating QB group in terms of both depth and league distribution. Alabama’s Bryce Young will try to become the first back-to-back Heisman Trophy winner since Archie Griffin in 1975, but other quarterbacks might be generating more preseason buzz, such as Ohio State’s C.J. Stroud and USC’s Caleb Williams, the Oklahoma transfer who joined coach Lincoln Riley with the Trojans.

The ACC has one of its deepest quarterback groups in years, as 10 teams return players with starting experience. Stroud headlines a Big Ten group with returning starters for all of the projected contenders. The SEC, Pac-12 and Big 12 have an interesting mix of returnees and transfers, including potential new starters at Oregon, LSU, Oklahoma, Texas, South Carolina and Washington. Coastal Carolina’s Grayson McCall and Fresno State’s Jake Haener headline the Group of 5 quarterbacks.

I spoke with more than 15 coaches and defensive coordinators — from every Power 5 league and several in the Group of 5 — to break down this year’s group of quarterbacks and what to expect from them this fall. Proven players such as Young and Stroud are covered here, as are those who could rise up to join them in national awards races by November.

Let’s get started with a league-by-league breakdown.

The ACC produced the only quarterback selected in the first two rounds of the 2022 NFL draft — Pitt’s Kenny Pickett went No. 20 overall to the Steelers — but returns a group loaded with experience and production. Three of the league’s top four passers are back in Virginia’s Brennan Armstrong (4,449 yards, 31 touchdowns), Wake Forest’s Sam Hartman (4,228 yards, 39 touchdowns) and NC State’s Devin Leary (3,433 pass yards, 33 touchdowns).

Miami’s Tyler Van Dyke, who passed for nearly 3,000 yards and 25 touchdowns in only 10 games, could become a national star under coach Mario Cristobal. Louisville’s Malik Cunningham cut his interceptions total in half from 2020, and also nearly hit the 3,000-yard passing mark. There are also familiar names such as Clemson’s D.J. Uiagalelei, Florida State’s Jordan Travis and Boston College’s Phil Jurkovec, an NFL draft prospect.

Here’s what insiders had to say about several of them:

Brennan Armstrong, Virginia: One of the nation’s most productive quarterbacks during the past two seasons, Armstrong earned high marks from opposing coaches. The big question is how he’ll fare under a new coaching staff led by Tony Elliott, the longtime Clemson offensive coordinator.

“He’s a playmaker, he’s accurate, I think he’ll be fine,” an ACC coach said. “Armstrong had some weapons last year, big tight ends, they lined up in weird formations and did crazy stuff, not an easy team to defend. Now they’re going to be easier to defend, I would guess, but Armstrong is a dude. He can really throw it.” 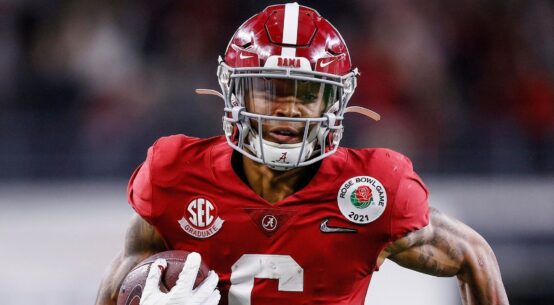 Tide’s Smith: Heisman ‘in the past,’ focus on OSU Sainz Points Out Criticism Disparity Between Ferrari, Other Teams