It wasn’t easy at first to know what to make of the Professional Footballers’ Association’s #enough campaign. It was difficult to be sure if it was genuinely the work of its equalities team or an idea dreamt up by a PR agency. A suspicious mind might have wondered whether the relevant people needed some positive publicity after all that unfortunate business with Gordon Taylor and, even if you were willing to give them the benefit of the doubt, I couldn’t help but feel they were pushing their luck to think a 24-hour boycott of social media, a hashtag and a new buzzword would make a lasting difference.

More than anything, it all felt, well, a bit tame. This was the first time ever in England and Wales that the people who play the sport professionally had been invited to protest, as one, about the racism many of them have to endure. It needed something impactful. Yet, somehow, I am not sure this was it. Unless I am being unfair to assume the general response at Uefa and Fifa headquarters could probably be summed up, in modern parlance, with the shrugged-shoulder emoji. And, regrettably, I don’t think I am.

OK, perhaps that is slightly missing the point when, at the very least, the PFA is trying to do something positive. Plenty of footballers did attach the copy‑and‑paste statement to their various accounts – “Together, we are calling on social media platforms and footballing bodies to do more!” it read – and in fairness to the PFA it has not just spent the last week admiring its own work.

The next phase of the campaign, according to the latest announcement, will involve talks with the sports minister, Mims Davies. A dedicated email address has been set up for players to report online abuse and meetings are being arranged with Twitter, Facebook and Instagram at which the PFA intends to make it clear those companies should have done more to tackle this issue a long time ago.

All of which sounds fairly encouraging in a pot-kettle-black kind of way – given the people they are addressing might reasonably point out the same could be said about the PFA, too.

Stan Collymore tells a story in his autobiography about the time, as an Aston Villa player, when he publicly accused his former Liverpool teammate Steve Harkness of subjecting him to an entire match of racial abuse. Harkness denied it and threatened to sue. At which point Collymore says a number of PFA executives, including Taylor, got involved and asked the two players to sign a joint apology for bringing it out into the open. “They wanted me to apologise for being called a coon and a nigger,” Collymore writes. “They wanted me to apologise because Harkness had taunted me about my mother sleeping with a black man.”

Perhaps you can understand, therefore, why Collymore is among those who find it difficult not to view the PFA through suspicious eyes, and that he was not meaning it as a compliment when he talked about the players’ union putting on “a 24-hour campaign to make some people feel good about themselves”.

Don’t think he is alone, either. Speaking to anti-racism campaigners over the past week, I have encountered plenty who are just as dubious. There isn’t a great deal of warmth for the Taylor regime and, if that all sounds overly cynical, I’m afraid that’s what this sport can do to you sometimes, particularly when I remember all the occasions when it has felt relevant to ask why the PFA, with £50m in the bank, is not doing more to help Kick It Out become the organisation the industry wants it to be.

Which is a question, unfortunately, that has never had a satisfactory answer, given the PFA has a chief executive on £2.2m a year, a museum’s worth of expensive art in the boardroom and, among other fripperies, a £70,000 executive box at Manchester City. Kick It Out, to recap, has been so chronically under-resourced over the years it has needed bailing out more than once and, until recently, was operating above a pizza place in Clerkenwell. The PFA gives it £125,000 a year.

Still, the latest developments make it a more positive story than the last time I had to contact the PFA on the back of four witnesses independently claiming Taylor had referred to black players as “coloured” at an event to promote diversity and racial equality (Gordon could remember no such thing and said, as a long-time campaigner in this area, he was absolutely certain they were mistaken).

The PFA did promise, unrelated, to modernise, so maybe I should try not to be too fixated on what has happened in the past. And, besides, it has to be a good thing that the social-media companies are being challenged when it has been clear for some time they do not police their sites adequately.

Would it be too complicated, for example, to change the registration process that allows the troglodytes on Twitter – “Twatter”, as I believe Mick McCarthy so beautifully called it – to feel emboldened by anonymity? If someone really wants to post a racist message it is never going to be possible to stop that happening, but these sites could make it mandatory for people to use their real identities, as well as beefing up their reporting processes and generally doing more to shake the impression they find it all a bit of a hassle.

Instead, it probably sums up where the system is right now that the Watford player Christian Kabasele says the last time he reported being racially abused to Instagram its response was to say it had examined his complaint and found no threats of violence.

Or how about the story of my colleague Rob Harris, of the Associated Press, stumbling across one Twitter account of an Arsenal fan calling Wilfried Zaha a “Nigerian mug” and Mohamed Salah a “Paki cunt”? Rob reported both posts. “We appreciate your help in improving everyone’s experience on Twitter,” came Twitter’s reply. “Your two reports within the past hour will make this a safer and better place.” A week on, the offending account was still active.

The most likable and important part of what the PFA is doing is that it promotes a message that has become increasingly clear over the last year: that this is an era when black, Asian and minority ethnic players are going to make sure they are heard.

Against that, I cannot help think the organisers missed a trick by not holding a press conference, involving some of the leading players, and providing the kind of media opportunities that would have helped to put this story at the top of the news agenda, on the television news and so on. It all felt a bit uncoordinated. A lot of the footballers you might have assumed would display the PFA’s statement, as requested, did not get involved. It happened, and then it was over, and it turned out the memo didn’t reach everyone anyway.

Unless I am reading too much into Alexandre Lacazette’s contribution in a simultaneous Twitter debate to nominate which was the more popular fruit – the mango or the watermelon. Lacazette went for mango, not perhaps realising that his profession was supposed to be logged off for the day. Which was a reminder that it can be easier to herd cats than to organise footballers.

The point here is that we should know enough by now about Uefa and Fifa to realise they are not easily shamed. Maybe, to try to sound a little more optimistic, the PFA will have better luck with the social‑media sites. But when it comes to football’s governing bodies I would probably return to the argument that the only way, realistically, to get the message across will involve walking off the pitch the next time a team encounters, say, what England’s players had to endure in Montenegro last month.

This summer it is the Nations League finals in Portugal and, without wishing to tempt fate, there are rarely problems of this nature in the showpiece events. After that, however, the next two foreign assignments for England are against Czech Republic and Bulgaria and you may remember the team’s previous visit Sofia, in a qualifier for Euro 2012, when the monkey chants aimed at Ashley Young, Theo Walcott and Ashley Cole became the soundtrack to the night.

That doesn’t automatically mean there will be more of the same when Gareth Southgate’s team pitch up in October. The realities of football, however, mean that something will inevitably happen soon, whether it is with the national team or a club side. That will be the point when the relevant players have to decide whether it needs another form of protest to make it clear, without hashtags, that enough really means enough.

Holding back the years not simple for a Red like Solskjær

The most startling thing about Ole Gunnar Solskjær’s recent appearances, with Manchester United locked in their worst sequence of results since 1962, is how the man once known as football’s baby-faced assassin has suddenly aged since his role as interim manager was turned into a full-time one.

Sam Allardyce once noted how David Moyes had aged 10 years in a matter of months at Manchester United and it is starting to feel as if the same could be said of the current manager. Just like the manager who came before him. José Mourinho, once so handsome and debonair, looked frazzled by the time his reign at Old Trafford reached its sour conclusion.

And Solskjær? Seeing him, up close, after the defeat to Manchester City was another reminder about the gruelling nature of this job, post-Ferguson, and why Kevin Keegan used to describe management as the Grey Hair Club. Solskjær was roughly the same shade as the old Spitting Image puppet of John Major. There were dark smudges beneath his eyes and the lines on his face stood out like contours on a map. Maybe it was just a bad night and a win against Chelsea will have him, at 46, living up his old nickname again. But it does seem to be a recurring theme at Old Trafford.

A fate worse than the drop for Bolton?

Amid some impressive competition, it is fair to say that Bolton Wanderers can now be crowned 2018-19 champions in the long old slog to be recognised as the most shambolically run club in the Football League.

The question now is how the EFL punishes the club for the strike action that led to the postponement of their game with Brentford. The players of Hamilton did something similar in April 2000, refusing to play because of unpaid salaries and forcing the abandonment of a game against Stenhousemuir. For that, Hamilton were deducted 15 points and, in turn, relegated to the Scottish Third Division.

The difference with Bolton, second bottom of the Championship, is they are already down and it is difficult to see how their current predicament, being handed from one chancer to another, could really be made any worse by being deducted points. The bigger punishment, I would imagine, is that the EFL seems happy to wave Laurence Bassini through the old fit-and-proper-persons’ test, despite all his previous at Watford. A decision that means Bolton may well be contenders for the same title next season, too. 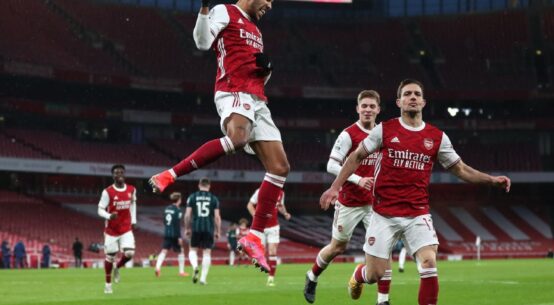 Where did it all go wrong for Manchester United?