Fran Kirby says she was relieved to make the Euro 2022 squad for hosts England after suffering with fatigue.

Kirby was never given a clear diagnosis for her condition but was named in England’s 28-player preliminary squad before being picked in the final 23.

“I wouldn’t say that there was fear, but there was definitely relief to get selected,” said the 28-year-old.

“I never really had in the back of my mind, ‘oh my god, I’m not going to get selected for the Euros now’, because I just wasn’t focusing my energy feeling like that.

“Going into Chelsea to training, I had conversations with Emma [Hayes, her manager] and just said, ‘look, what will be will be, if I’m ready I’m ready’.

“If I show [up], and I don’t get picked, then at least I know that I’ve done everything.”

Kirby linked up with the England squad at St George’s Park and said she would need to train in a “safe way” to prove her fitness.

And even though she “didn’t really feel like I’d been away”, when it came to the day of the squad announcement she still felt that waiting to be called to see coach Sarina Wiegman “was a bit like the X Factor”.

“She told me that she knew all along that I was going to be an important part of this team,” Kirby said of Wiegman, who led her native Netherlands win the last Euros in 2017.

“We had some really honest conversations leading into it. We said that if we both feel like I’m not ready, then we make that decision.

“She’s been really good,” Kirby added. “With my injury and illness history, it does take me a bit of time to recover from certain situations, or sometimes I can’t do the full session. I feel like Sarina’s really taken it on board and managed the load, not just for me but everyone.”

Kirby turns to oxygen tent in bid to get fit

Kirby, who won her 55th England cap in the 3-0 win over Belgium, even got an oxygen tent put in her home in a bid to recover in time.

She described the support given by Chelsea and England as “incredible” as she consulted several specialists, who ultimately were unable to find the cause of the problem.

“There was no specific answers on the tests where they could go ‘this is the illness’,” Kirby said. “It was extreme fatigue and extreme exhaustion. There was talk about underperformance fatigue syndrome, so there were loads of things that were getting chucked out.

“I was seeing a different specialist every day to pinpoint what exactly was going on. I’ve been to Barcelona to meet some of the best doctors in sport, which is something I’ll never not be thankful for. It’ll be really nice to be able to pay back that support when I get on the pitch and show people what I can do and why I’ve been selected.”

Besides consulting a range of specialists, Kirby also received advice from a host of sports psychologists and fellow athletes, including a marathon runner and a rower – something she feels she “wouldn’t have got” if the reason for her absence public was not made public.

“I had some amazing people reach out and speak to me, not just women’s football fans, but [people from] other sports, other competitors who have gone through very similar things to me,” she said.

“It’s definitely opened my eyes in terms of, if you do openly speak out about situations you’re going through, there are others that are going through the same feelings, who can help you with those situations.”

England face the Netherlands on Friday in Leeds and have a training camp in Basel, during which they will play Switzerland on 30 June in Zurich.

The Lionesses then start their Euro 2022 campaign against Austria at a sold-out Old Trafford on 6 July. 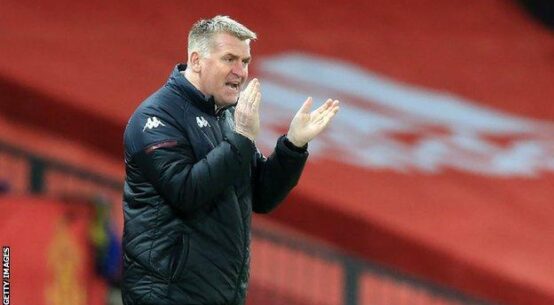 ‘We are 10-15 years behind outfield players’: How women’s goalkeeping is playing catch-up