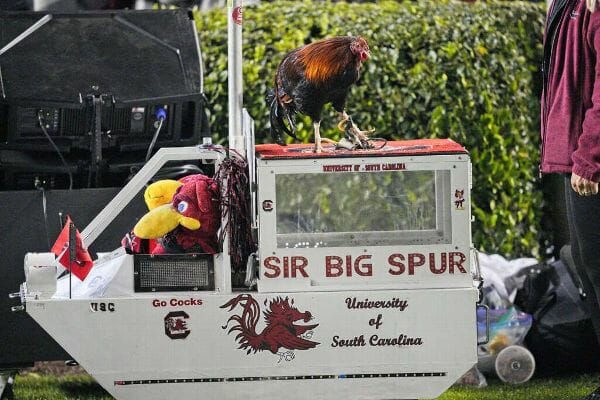 The school announced the rooster’s status Thursday, just three days after choosing “The General” as a new name due to a dispute between the old and new owners.

But after feedback the athletic department received about the new name, there was more dialogue between old owners Mary Snelling and Ron Albertelli, and new owners Beth and Van Clark. Snelling and Albertelli had the rights to the name “Sir Big Spur” and would not at first agree to keep that for this season.

In a statement, the school said the two families and South Carolina administrators talked and found a solution in the best interest of the university while respecting the wishes of both families.

South Carolina deputy athletic director Eric Nichols said keeping the old name was always first choice. “We are pleased we are starting the season with the same name as in years past,” he said.

“Sir Big Spur” will be on the sidelines Saturday night as South Carolina hosts Georgia State to start the season. Bottom 10: Where Jimbo Fisher can finally be appreciated