Manager Jurgen Klopp says Liverpool’s victory over Ajax felt like “one of the biggest Champions League nights” since he took charge in 2015.

Liverpool advanced to the knockout stage as Group D winners with one game to spare after winning 1-0 at Anfield.

The Reds were missing several key players through injury, Brazil keeper Alisson the latest to join the casualty list with a hamstring problem.

“With the circumstances, there hasn’t been much to smile about,” Klopp said.

A surprise home defeat by Atalanta last week had threatened Liverpool’s dominance in the group, with the Italians and Ajax closing in.

But a first Champions League goal by 19-year-old midfielder Curtis Jones and a fine goalkeeping performance from Caoimhin Kelleher, who was making his debut in the competition, earned Liverpool three points.

The win, coupled with Atalanta’s 1-1 draw with Midtjylland in Denmark, means the Reds are sure of top spot in the group.

“Without supporters in, it was the most important [win], most difficult, most exceptional,” added Klopp, who steered Liverpool to Champions League glory in 2018-19.

Kelleher, 22, had played just three Carabao Cup ties and one FA Cup game before being chosen ahead of the more experienced Adrian to stand in for first-choice keeper Alisson.

The Republic of Ireland squad member made one outstanding save to deny Ajax substitute Klaas-Jan Huntelaar a late equaliser.

Another youngster, 19-year-old right-back Neco Williams, provided the assist for Jones to score.

“It’s been tricky, and the boys threw themselves into the game,” said Klopp, who is without nine senior players because of injury.

“Curtis Jones – what a game, amazing. I’m really proud. He is a really good kid, a good player and I am happy to have him around.

“Sometimes with injuries there is always an opportunity and he has taken it.

“I really think Adrian has done a fantastic job for us but we needed the natural football playing ability of Caoimhin Kelleher. He is a good shot-stopper as well.

“We made that decision but you never know how they are going to cope. I am really happy with how calm he was and how good he was.”

Wales right-back Williams has featured in five Premier League and Champions League games for the Reds this season because of injury to Trent Alexander-Arnold.

Klopp said he had demanded more from Williams after talking to the player.

“We think he has more in the locker than he has shown so far,” added the German.

“The season started after a difficult summer with lockdown, a short pre-season and then Trent Alexander-Arnold is out.

“Neco was not in the best shape but he’s on the big stage – tonight he showed glimpses. He can be so much better still.” 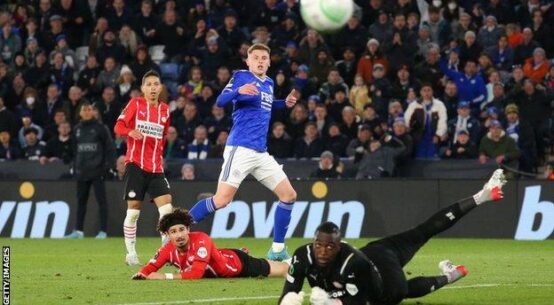