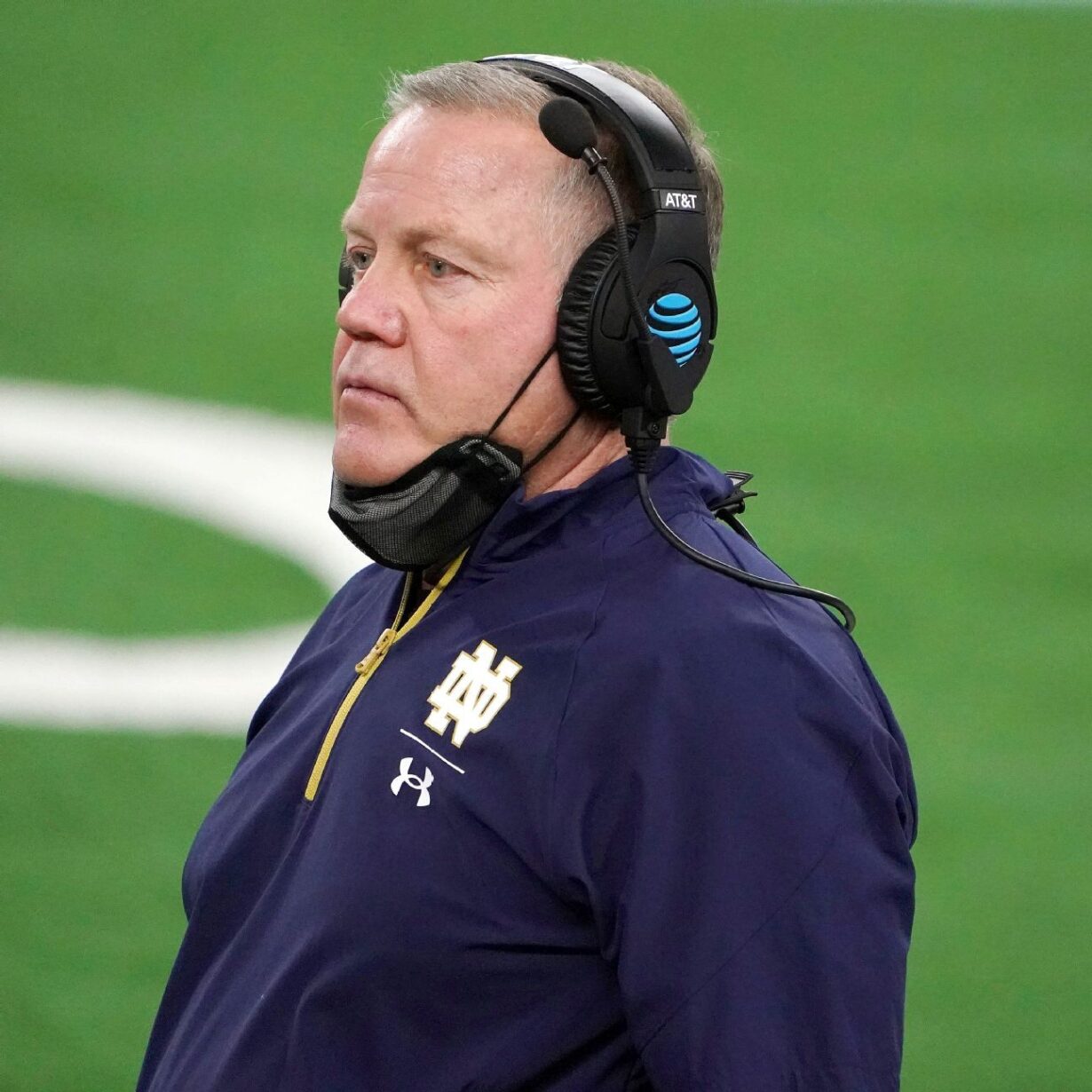 BATON ROUGE, La. — Brian Kelly said on Wednesday that he entered this season with no plans to leave Notre Dame, but that the opportunity to become the head coach at LSU was too exciting to let pass by.

On Tuesday, LSU made the bombshell announcement that it had signed Kelly to a 10-year, $95 million contract.

Kelly left Notre Dame as the winningest head coach in program history with 113 wins in 12 seasons (including vacated wins).

“There was no plan in place as I entered the 2021 season that I was looking for another opportunity,” Kelly told reporters during his introductory news conference in Baton Rouge. “I had a great football team that we were developing but, you know, when you get an opportunity to talk to [LSU athletic director] Scott Woodward and he presents a clear vision, the plan here and the opportunity, it was an exciting vision for me to look at. As I got a chance to speak to more people about this opportunity, I just felt it was something that I had to take on.”

News of Kelly’s departure broke on Monday. He addressed players in a team meeting the following morning, saying he wanted to “get in front of them” and tell them face to face.

Kelly said he loved his former players and that their relationship made going to LSU a difficult decision.

Kelly said that Notre Dame, which is 11-1 and ranked sixth nationally, “deserves to be in the playoff.”

He acknowledged his interest in bringing some of his former assistants with him to Baton Rouge, but pointed out that they’re still employed and not done with their season.

“That’s a process that we’ll have to work through,” he said. “There are teams to coach on both sides.”

Woodward confirmed on Wednesday that LSU, which finished the regular season 6-6, plans to compete in a bowl game.

Kelly said the current setup is for offensive line coach Brad Davis to remain the interim head coach through the bowl game, but it wasn’t something he and Woodward had discussed. Kelly called it an “open discussion.”

Kelly takes over at LSU following the departure of head coach Ed Orgeron, who coached five full seasons before he was fired in mid-October.

Orgeron led the Tigers to a national championship in 2019 but went 11-11 in the two seasons since. As part of his buyout, Orgeron is owed $16.9 million.

Woodward said he met with Kelly and came away convinced the 60-year-old’s “winning days are just getting started.”

Kelly, who has coached his entire career in the Midwest, stressed that he was drawn to LSU because of the alignment from the university president to the athletic director on down.

“I came down here because I wanted to be with the best,” he said. “The resources here are outstanding. It starts with the alignment, excellence, the standard of expectations. Listen, you’re looked at in terms of championships here. I want that. I want to be under the bright lights. I want to be on the Broadway stage. That’s what my passion is. So, yeah, that’s part of the draw, there’s no doubt about that.”