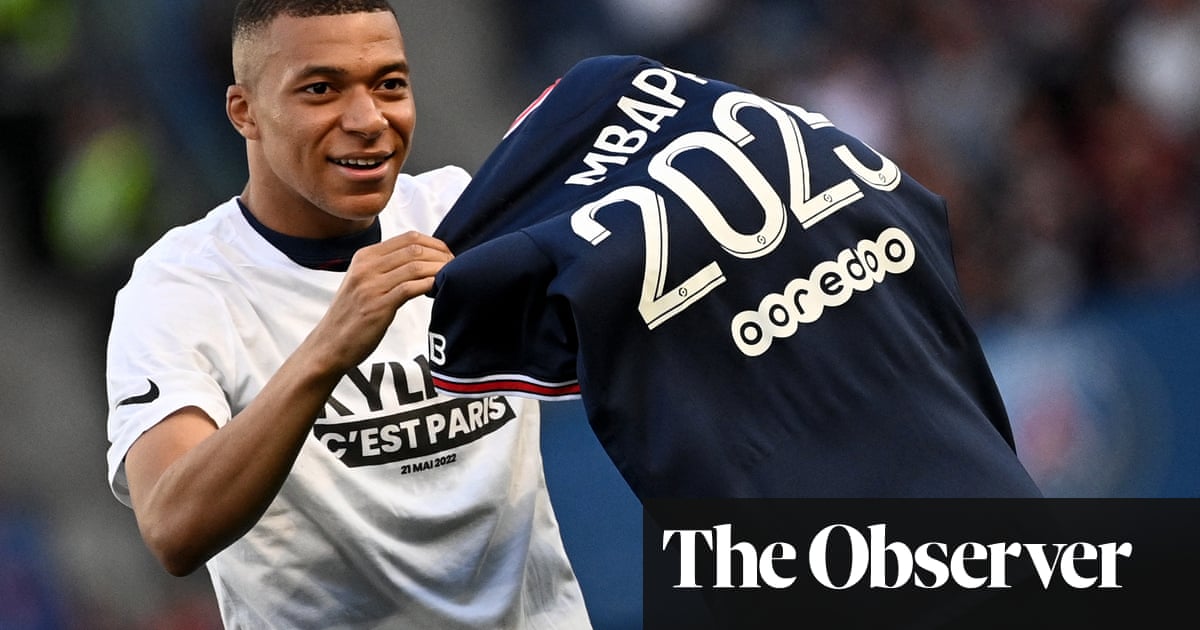 Kylian Mbappé has turned down the chance to join Real Madrid and will instead sign a new three-year contract at Paris Saint-Germain after months of speculation over his future. But his decision has sparked consternation in Spain, with La Liga swift to file a complaint, calling the deal “scandalous”.

The France forward telephoned Florentino Pérez on Saturday to communicate his decision having opted against a move to La Liga despite holding positive talks with the Spanish champions only last week. Mbappé is believed to have wanted to explain to the Real president why he had chosen to stay at his hometown club before it emerged in the media.

The 23-year-old – whose contract at PSG expires at the end of the season – has agreed a lucrative extension until 2025. Mbappé and the club president, Nasser Al Khelaifi, posed holding a “Mbappé 2025” PSG shirt before the last Ligue 1 game of the season against Metz as the crowd erupted when Al Khelaifi broke the news at the Parc des Princes.

“I have chosen to extend my contract at Paris Saint-Germain, and I am very happy. I am convinced that here I can continue to grow within a club that gives itself all the means to perform at the highest level,” he said in a club statement. “I am also very happy to be able to continue playing in France, the country where I was born, grew up and flourished.”

However, his decision has sparked outrage at La Liga, which released a strongly worded statement on Saturday night that read: “It is scandalous that a club like PSG, which last season reported losses of more than €220m after accumulating losses of more than €700m in prior seasons [while reporting sponsorship income at a doubtful valuation] with a cost of sports staff around €650m for this 2021-22 season, can face an agreement of these characteristics while those clubs that could accept the arrival of the player without seeing their wage bill compromised, are left without being able to sign him.”

Mbappé joined PSG from Monaco in 2017 in a deal worth up to €180m and has established himself as one of the world’s best players.

PSG rejected several offers from Madrid for him last summer, the last worth €200m on deadline day. Mbappé scored for PSG in both legs of their Champions League defeat by Madrid this season.