World No. 1 Daniil Medvedev may have the privilege of a first-round bye at next week’s Mallorca Championships, but he faces a difficult draw beyond that at the Spanish ATP 250 event. He will face Aslan Karatsev or wild card Jaume Munar in the second round, and could meet Nick Kyrgios or fifth seed Roberto Bautista Agut in the quarter-finals.

Stefanos Tsitsipas anchors the bottom half of the Mallorca draw as the tournament’s second seed, with Ilya Ivashka or Emil Ruusuvuori his potential opening-match opponents. Third seed Denis Shapovalov is also in the bottom half, while fourth seed Pablo Carreno Busta joins Medvedev in the top half.

Carreno Busta is one of four Spaniards in the main draw (not including potential qualifiers), along with Bautista Agut and wild cards Feliciano Lopez and Munar.

#NexGenATP star Draper will face 21-year-old American Jenson Brooksby in his Eastbourne opener, with the winner earning a meeting with fourth seed Diego Schwartzman in the second quarter of the draw. The 26-year-old Peniston faces #NextGen ATP Dane and Roland Garros quarter-finalist Holger Rune in that same quarter.

Second seed Jannik Sinner and third seed Taylor Fritz lead the bottom half of the draw, where seventh seed Frances Tiafoe‘s first-round meeting with Alexander Bublik is among the early highlights. 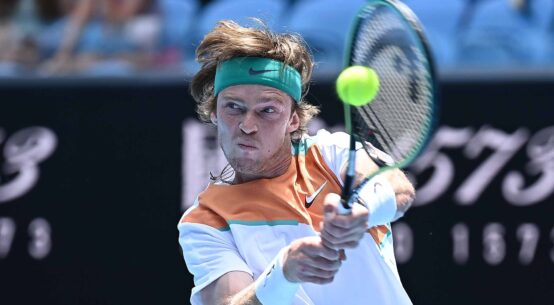 Rublev Kicks Off 2022 In Style