After suffering a first-round defeat in the Australian Open qualifying, Alexander Shevchenko took the long trip from Melbourne to Tenerife to compete at the ATP Challenger Tour event on the Canary Island.

Although the journey may have been halfway across the world, it paid off as the 22-year-old didn’t drop a set all week en route to claiming the Tenerife Challenger 1, where he downed Austrian Sebastian Ofner 7-5, 6-2 in the final.

“The final was very tough,” Shevchenko said. “I had to go more aggressive and also had to win some points playing defence. A lot of fun emotions that I will remember for the rest of my career.”

Shevchenko is coached by Gunter Bresnik, who has worked with prominent players such as Boris Becker, Patrick McEnroe, Dominic Thiem, and Gael Monfils.

After claiming his maiden Challenger title in Bratislava this past season, Shevchenko was a two-time semi-finalist in the latter half of 2022 (Milan, Szczecin). The Challenger 100 title in Tenerife lifts him to a career-high No. 116 in the Pepperstone ATP Live Rankings.

You May Also Like: Challenger Tour Takes On Tenerife

“I’m close [to the Top 100],” Shevchenko said. “But I’m not there, so I have to work hard from next week on, forget about this week, and start the new week.”

On the clay courts of Piracicaba, Andrea Collarini dispatched four of the Top-9 seeds, including World No. 102 Alejandro Tabilo, to win his first Challenger title since August 2019 (L’Aquila). The Argentine defeated Chilean Tomas Barrios Vera in the final 6-2, 7-6(1) to capture the Brasil Tennis Challenger.

“I can’t wait to celebrate with my wife and my family,” Collarini said. “I’m happy because I won a Challenger again. The last one was three years ago and this past year I reached two finals (Tigre-2, Vicenza) but I couldn’t win them. I’ve had good weeks and bad weeks. Now I’m happy because in those bad weeks I wondered if I would be able to win a tournament again, and I finally did.”

Following a record-setting 23 Challenger titles in 2022, players from Argentina are off to fast start to surpass their own milestone. Juan Manuel Cerundolo collected a pair of titles in the first two weeks of the season and now Collarini joins the fellow lefty as Argentine Challenger champions this month.

The title at the Challenger 75 event propels the 2010 Roland Garros boys’ singles finalist to a career-high 186 in the Pepperstone ATP Live Rankings.

Shimabukuro is building upon his career-best season in 2022, when he made his Davis Cup debut in September and narrowly escaped former World No. 33 Denis Istomin. The following month, Gifu native advanced through qualifying to compete in his maiden Tour-level tournament, the ATP 500 event in Tokyo. 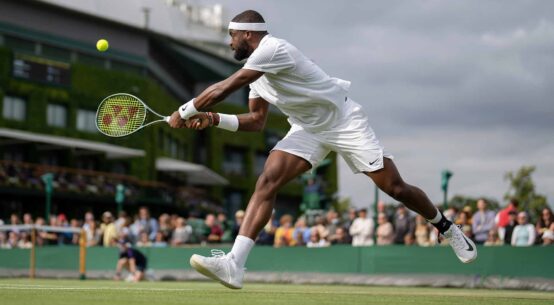 The Moment That Changed Everything For Jiri Lehecka