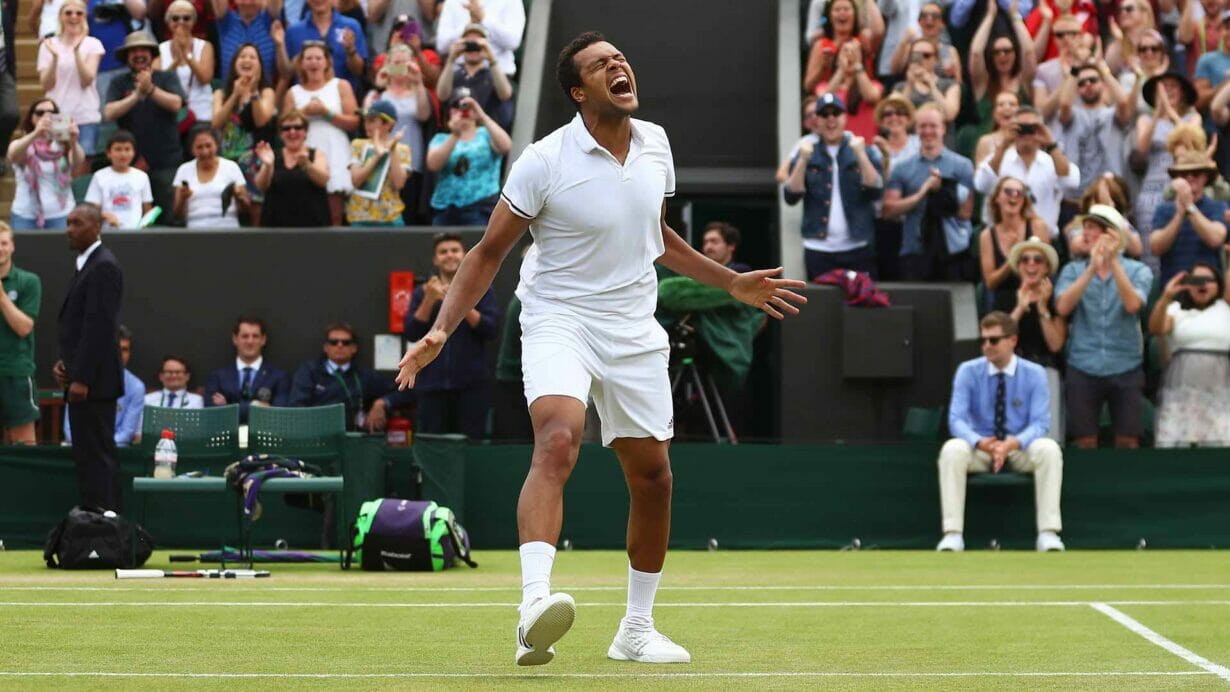 Joie de vivre is a French phrase that means joy of living. It represents someone who radiates happiness and spreads it to those around them. Few players from this generation have embodied joie de vivre more than Jo-Wilfried Tsonga.

The Frenchman retired following his first-round loss against Casper Ruud at Roland Garros, completing a memorable 18-year-career in which he climbed as high as No. 5 in the Pepperstone ATP Rankings. But the 37-year-old’s unbridled enthusiasm for tennis and the fans he has aimed to entertain has left a mark that will last for years to come.

“I always said one of my goals was to inspire kids, inspire other people. I hope I did that during my career,” Tsonga told ATPTour.com. “I have been inspired myself by other sportsmen and I know how you feel. I know how you feel when you are a fan of somebody or you admire somebody. It’s a nice feeling.”

You May Also Like: Tsonga Falls In Roland Garros Swan Song

There have been signature celebrations in tennis, including Andre Agassi blowing kisses to the fans, Petr Korda’s famous scissor kick and Novak Djokovic sharing his heart with every corner of the crowd. But nobody has had a dance quite like Tsonga’s post-match celebration.

Whether it was a 6-2, 6-2 win in an hour or a four-hour slugfest, Tsonga skipped across the court with his arms in the air and his thumbs pointing back at himself, punctuating his moment with a leaping fist pump reminiscent of a boxer launching a right hook into the air. No matter how tired the Frenchman was, it was a sign of how much the victory had meant. Tsonga gave everything in every match, and that is why fans love him.

“For me it was really important to be different. I was born different a little bit. I’ve always been a little bit different than others in France,” Tsonga said. “For me, it [counts] really positively and trying to do things differently was for me something positive. I always try to go this way.”

Photo Credit: Getty Images
Tsonga first stepped under the spotlight as a 19-year-old in 2004. A standout who reached World No. 2 in the juniors and won the 2003 US Open boys’ singles title, his first ATP Tour match came at the 2004 China Open in Beijing against former World No. 1 Carlos Moya. A straight-sets win was a sign of things to come.

The Frenchman’s biggest breakthrough did not happen until more than three years later, though. Entering the 2008 Australian Open, World No. 38 Tsonga had not reached a tour-level final. He changed that in grand fashion, defeating four Top 20 players — Andy Murray (R1), Richard Gasquet (R4), Mikhail Youzhny (QF) and Rafael Nadal (SF) — to become the lowest-ranked Grand Slam finalist since World No. 54 Marcos Baghdatis at the 2006 Australian Open. That accomplishment holds today.

It was during this dream fortnight that Tsonga showed he was capable of taking it to the best of the world on the sport’s biggest stages.

“I was playing very fine, very good, but not for [beating] Tsonga tonight,” Nadal admitted after winning just seven games in their semi-final.

That tournament propelled Tsonga into the Top 20 in the Pepperstone ATP Rankings for the first time. He would drop from that elite group for just one week over the next decade, reaching World No. 5 in 2012.

Tsonga claimed his first ATP Masters 1000 trophy in front of his home fans at the Rolex Paris Masters in 2008, helping him qualify for the Nitto ATP Finals — then the Tennis Masters Cup — for the first time. It was against the world’s best players that the Frenchman found a way to raise his game to its greatest heights. He involved the crowd and fed off fans’ energy to put the sport’s legends to the test.

Tsonga is one of just three players (also Andy Murray and Juan Martin del Potro) who have beaten Nadal, Novak Djokovic and Roger Federer when they were World No. 1 and is also one of just three players (also Stan Wawrinka and Tomas Berdych) who have defeated the legendary trio at the majors. Former World No. 3 Marin Cilic, who faced Tsonga nine times, praised the Frenchman.

“He is a very consistent player and loves the big occasion,” Cilic told ATPTour.com. “He never gets overwhelmed by the occasion, crowd or playing against the top guys. I would say he has performed quite well on the big stage.”

The greatest example of this came at Canada’s Masters 1000 event in 2014. Then a three-time Nitto ATP Finals competitor, it was already clear Tsonga was one of the best players in the world on his day. But his efforts in Toronto brought that to a whole new level. 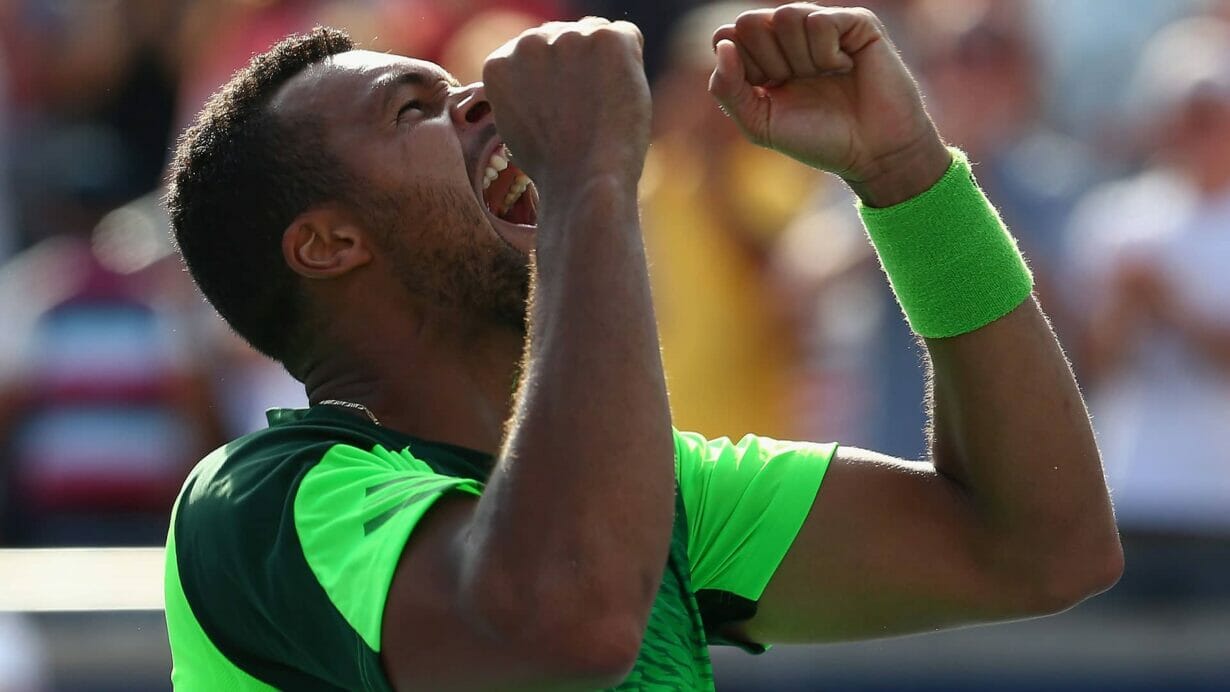 The Frenchman’s mixture of athleticism, power — off the serve and baseline — and competitive spirit posed problems for opponents of any style. It also helped him capture 18 ATP Tour titles, with 10 coming in France. Tsonga motivated future generations from around the globe, but especially kids at home. An example is 23-year-old Ugo Humbert, the current French No. 2.

“Jo for me was one of my idols, one of my favourite players. When I was young, he was a source of inspiration for me and I tried to do [things] like him,” Humbert said. “I went to the Federation at 12 and I knew that he was there, so for me it was exceptional. I was following all his matches.”

Late in his career, Tsonga struggled with injury and was unable to maintain the same consistency he did for a large part of his career. But he has never let slip his joie de vivre, entertaining fans every step of the way.

One of this year’s feel-good moments came at the Open 13 Provence, where Felix Auger-Aliassime and Tsonga shared a memorable moment at the net following their second-round clash. Tsonga had lost in straight sets, but he had a big smile on his face as he embraced the Canadian, another young player who idolised him. 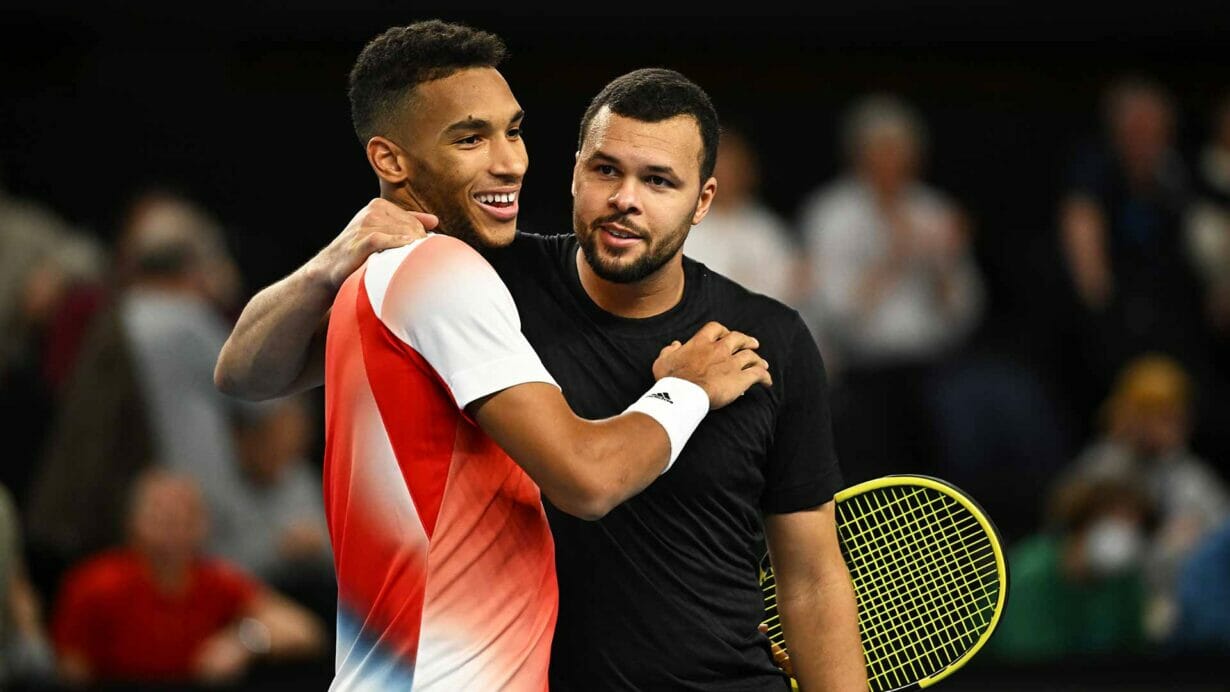 Photo Credit: Corinne Dubreuil/Open 13
“Most of the young guys [who are] under 25, when I play against them, when they come to the net they say, ‘Ah, I was a big fan!’” Tsonga said, cracking a laugh. “Even when they beat me hard, they say, ‘We were a big fan’… This is nice.”

Auger-Aliassime said of Tsonga: “He was an idol of mine growing up… just to have somebody that maybe is similar to you, has a similar story, to see him on TV, to see what he was doing, it was inspiring to me.”

Tsonga won 467 tour-level matches — 45 against Top 10 opponents — but that was not always most important to him.

“I have some trophies I can’t even remember what happened on court and everything,” Tsonga said. “But I’ll always remember who told me that I inspired them.”

<img src="https://eltaszone.com/wp-content/uploads/2022/05/merci-jo-the-joie-de-vivre-of-jo-wilfried-tsonga-3.jpg" alt="Jo-Wilfried Tsonga“>
Photo Credit: AFP/Getty Images
The home favourite fittingly brought his magical ride of a career to a close at Roland Garros in front of his home crowd. As much as he wanted to thrill them with one last deep run, sharing that moment with the Parisians and fans watching throughout the world was rewarding enough.

In the fourth-set tie-break against Ruud, the fans gave Tsonga a deafening standing ovation as the players changed ends. The Frenchman was visibly emotional before serving the final point of his career. After the match, he got down on his knees and touched his forehead to the Parisian clay. Tsonga left his mark on tennis, and he took one last piece of the sport with him.

“We wait to have all these problems to enjoy it, because we know that one day it’s going to stop. To be honest I feel a little bit like a junior now. Every time I’m going on court I’m just happy,” Tsonga said. “I have to smile even if sometimes it’s difficult, I have a little bit of pain. I just enjoy it, try to take every minute on court as a gift and that’s it.” 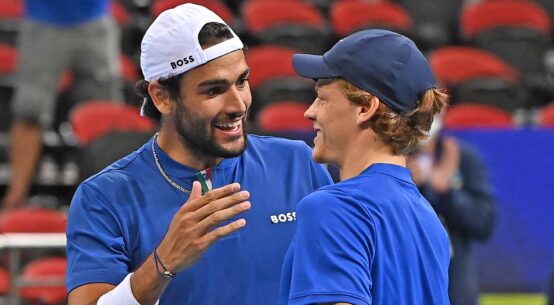 Ruud Shakes Off Molcan In Munich