The wheelhouse was not working, so Rafa lit up Paris with Plan B. Rafael Nadal defeated Dominic Thiem 6-3, 5-7, 6-1, 6-1 in the Roland Garros final on Sunday despite two of his “go-to” strategic categories yielding no advantage at all.

Nadal won 23 games to 12 for the match, so you would expect him to be about twice as good as Thiem across all columns of the stats sheet. But after almost two hours of play, and both players a set apiece, the match was not going at all to script for the Spaniard.

The first problem for Nadal was the baseline. It was betraying him. Nadal won the first set, winning only 45 per cent (20/44) of baseline points. He lost the second set, winning a lowly 38 per cent (13/34) of points from the back of the court.

The main reason for his demise from the baseline was extended rallies of nine-plus shots. You can normally pencil in a point won for Nadal at Roland Garros any time a rally reaches double digits, but he won only 46 per cent (16/35) of long rallies in the first two sets.

Bonjour Plan B. Nadal played 35 extended rallies in the nine-plus rally length in the first two sets. He played only 11 in the final two sets.

He turned the rules of engagement from the end of the rally to the beginning. Instead of developing the point, he ended it before it had a chance to begin, extinguishing Thiem’s early strategic advantage.

In the final two sets, Nadal crushed Thiem in the short-rally length of zero-to-four shots. Nadal won 29 points to Thiem’s 14 in the category, winning a very healthy 67 per cent. Nadal upped his aggression with the first two touches of the ball, and it carried him to the title.

Plan A was out the window. No more grinding. Plan B was succeeding, and Nadal doubled down on bringing pressure at the front of the point.

In the fourth set, Nadal came to the net the most out of any set in the final, winning eight of nine points at the front of the court. Overall, Nadal won a dominant 85 per cent (23/27) points at net, which was far superior to the 50 per cent (67/134) he won from the back of the court.

Nadal stuck to his traditional first-serve patterns throughout the match, serving mainly down the T in the Deuce court and out wide in the Ad court.

Nadal faced six break points for the match, saving four. Interestingly, he made a first serve on all six, with five of the six directed out wide.

This match was played in two halves. The first two sets were a heavyweight battle. The last two were a gallop.

The match was also played with two separate strategies. The first two sets were long and grinding. The last two were a sprint to the finish line. The average rally length in the first set was 7.76 shots. That was greatly reduced in the third set to 4.23 shots.

Nadal proved once again that he is a master tactician, modifying his primary strategy mid-match to give his opponent a healthy dose of what he didn’t want to see. It was more important for Nadal to employ the strategy that Thiem didn’t want rather than what he wanted to do. 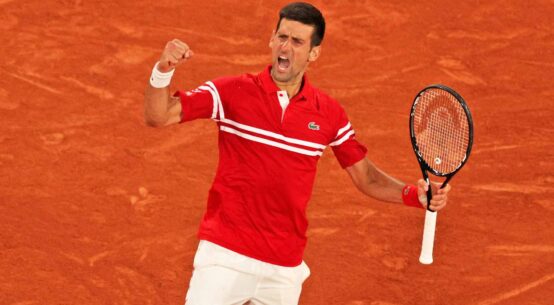 Isner One Win Away From Fourth Newport Title 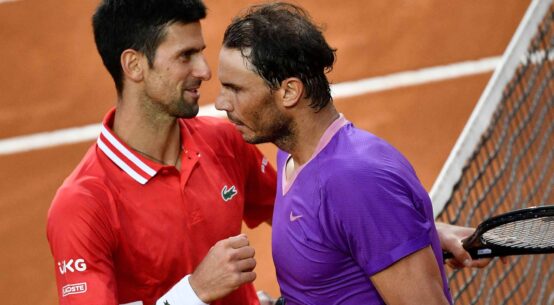 What Has Djokovic Done Better Than Nadal At Roland Garros?