Skip to content
You are here
Home > EltasZone > NASCAR iRacing: William Byron wins wild virtual crashfest at Bristol that he knew was coming

Many people will say the virtual Bristol Motor Speedway race was crazy and wild.

But the accurate description? Predictable – at least when it came to the crashes.

The high-banked concrete track is probably the most difficult in the iRacing platform. It was so difficult that even at 32 entries, organizers knew the eNASCAR iRacing Pro Invitational Series event could be a crashfest.

And that’s what it was. William Byron stayed out of trouble and won, not surprising for a seasoned and accomplished driver in iRacing. John Hunter Nemechek, who along with Byron had won a heat race earlier in the afternoon, finished second.

There were so many cautions that organizers went to single-file restarts in hopes of eliminating crashes of drivers starting side-by-side.

“It takes some laps to kind of understand what’s going on,” Byron said. “It’s a tough track, so I wasn’t surprised.”

Maybe the only surprise was one repercussion of frustration. Bubba Wallace pretty much quit after two crashes – he would have used both of the fast-repair resets in the first 10 laps, and getting through the rest of the race without needing another probably seemed bleak.

“Y’all have a good one,” he said on his livestream and then was done for the day.

Kyle Larson was disqualified after a run-in with Daniel Suarez, as they both ended the race mad at each other.

So the frustration is real, more than likely from some drivers finding it so difficult that they were frustrated they couldn’t master the craft quick enough for the televised race. And then others frustrated that those who had not mastered the craft made moves that they for sure weren’t going to be able to complete without causing a wreck. And that will be the balance that will challenge the NASCAR drivers as they continue to race these events — when does competition become more important than having fun?

The winner? Byron had the most fun and little frustration in leading 116 of the 150 laps.

He actually is one of the few with pressure to perform well in these races, since he is one of the best on the simulated-race platform. This is where he got his start before moving to an actual race car several years ago.

This race fit in Byron’s wheelhouse, and he knew it. He also knew he had to win soon in one of these events as he pretty much had been anointed as the favorite in every race. The first three races have all been won by drivers who have significant experience at iRacing – Denny Hamlin, Timmy Hill and now Byron.

“The first week, I was, I feel like the most nervous, and I think everyone gets nervous when they iRace just because you don’t have the sound of the engine and some of those little adrenaline things that actually kick the nervousness down in the real car,” Byron said.

All Byron had to do was stay clean on a day where many drivers didn’t.

“People are like, ‘Oh, well, this is your thing and all that,’” Byron said. “The first week that [nervousness] kind of showed. I was a little bit overaggressive knowing who I was going to race, and then this week I just tried to be patient, and it worked out pretty good.”

FINAL LAPS: Joey Logano holds off the field after late caution to win at Vegas

Who is Alex Bowman? Persistent, particular, and a caustic open book 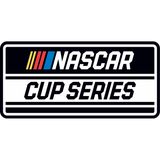