NI drew 1-1 with Romania in their first match in the competition on Friday.

After the euphoria of Gavin Whyte’s late equaliser which earned a point in Bucharest after Josh Magennis had been sent off, this loss was a chastening experience for the squad.

The only positive was captain Steven Davis equalling Pat Jennings’ all-time appearance record of 119 matches, but the Rangers man will be in no mood for celebrations after he and his team-mates were outclassed.

Three-one down after 19 minutes thanks to goals from Elyounoussi, Haaland and Sorloth, that scoreline remained unchanged until half-time before another quickfire double from Haaland and Sorloth soon after the break took the game away from a hapless home side.

Borussia Dortmund striker Haaland is one of the most talked about prospects in world football and he showed exactly why with a dominating performance against the home back four in which Daniel Ballard was winning only his second cap.

Norway opened the scoring in the second minute when Stefan Johansen’s clipped cross evaded Michael Smith at the far post and the unmarked Elyounoussi had time to control on his chest and volley home an angled finish.

The lead only last six minutes as Ballard played a searching ball over the top for Conor Washington. The striker ran on to it and when his shot was parried by goalkeeper Rune Jarstein, McNair was on hand to score the rebound.

A minute later the visitors were in front again when the impressive Haaland ran on to Sorloth’s knock down to lash home an outstanding left-foot shot on the half-volley from outside the box.

It was 3-1 on 19 minutes when Haitam Aleesami’s left-wing cross was met on the volley at the far post by Sorloth, and he made it four two minutes after the break after being set-up by the unselfish Haaland who had outmuscled Cathcart.

The Dortmund youngster displayed his class once again by giving Peacock-Farrell no chance with a curling left-foot finish into the top corner.

Home bow could not have gone worse for Baraclough

While the overall performance in Romania was below par, at least the players showed the desire needed to get a result while down to 10 men.

Playing in an empty Windsor Park was always going to be difficult for NI, especially considering the vocal backing they usually get from the crowd, but few would have predicted the gulf between the teams would have been as great as it was.

As powerful and clinical as Norway were, NI were abject for most of the game and allowed their physical opponents to outmuscle and outplay them in all areas of the pitch.

Baraclough would have been buoyed by McNair equalising four minutes after the Norwegians’ early opener, but they switched off at the back immediately after the restart to give Haaland the chance to finish with his rocket.

Many defenders will struggle against the former RB Salzburg man and, although Ballard stuck manfully to his task, neither he nor Craig Cathcart could stop the imposing striker.

When the fifth goal went in with over half an hour to play, it looked like it could be an even bigger hammering as NI conceded five goals for the first time in a competitive home international since a loss to England in 1979.

While positives were scant for NI, captain Davis can take some pleasure from the fact he equalled Pat Jennings’ all-time NI caps record as he made his 119th international appearance.

Having made his debut in February 2005, he will have had few tougher evenings than this one in Belfast as he wore the captain’s armband for the 67th time.

With Jordan Thompson keen to drop deeper to get the ball off the back four, 35-year-old Davis played slightly further forward than he has in recent games but he was powerless to prevent his side being overrun.

While Davis was reaching a personal milestone, fellow senior player Jonny Evans was once again missing from the squad, after not making the trip to Romania for personal reasons.

His club Leicester City tweeted a good luck message for the match to him on Monday morning, but he again did not feature, with Baraclough saying he picked up a minor injury in training.

The manager, who was also without Jamal Lewis, will no doubt be keen to have the experienced Evans back in his squad when Northern Ireland play that all-important Euro qualifier away to Bosnia-Herzegovina next month. World Cup 2022: Why Senegal are ‘dangerous’ for England 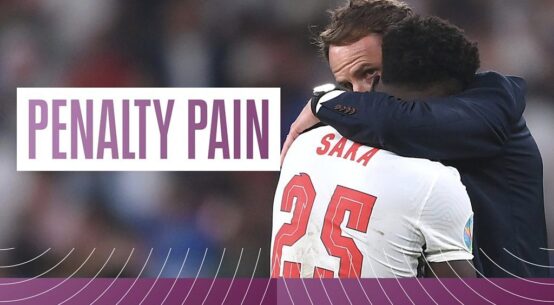