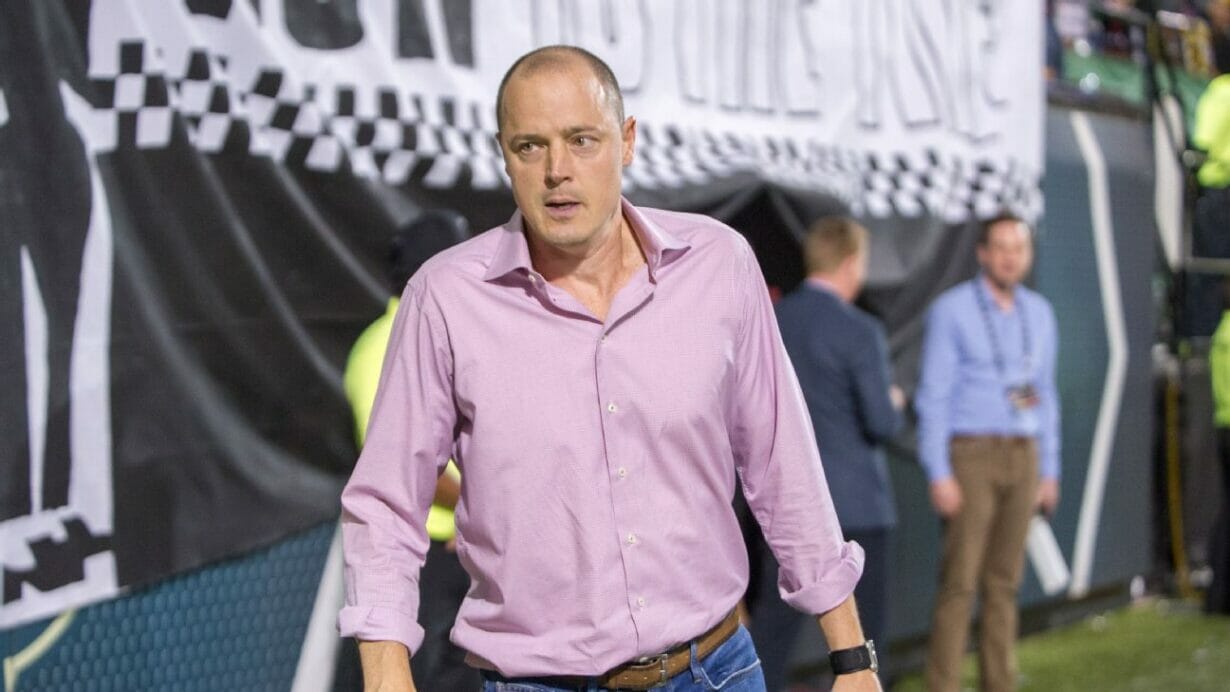 The announcement comes two days after the release of the findings of a disturbing independent investigation into abuse and misconduct in the NWSL commissioned by U.S. Soccer. A concurrent investigation is still being conducted jointly by the league and the players’ union.

Truth Be Told: The Fight for Women’s Professional Soccer debuts Tuesday at 7 p.m. ET on ESPN and ESPN+.

On Tuesday, Portland Thorns owner Merritt Paulson said he was stepping away from decision-making roles with the team until the findings are released from the ongoing investigation.

Wilkinson and Golub were also said at the time to be stepping away from the Thorns, who are headed into the NWSL playoffs. However, the two have now been dismissed. Paulson gave no indication he plans to sell his teams.

A spokesman for the club confirmed to ESPN that Wilkinson had signed a new contract with the organization earlier this year.

The news was first reported by The Athletic on Wednesday.

General counsel Heather Davis has been named interim president of Peregrine Sports, overseeing business operations for both the Timbers and Thorns in Paulson’s absence.

“Yesterday’s Yates report unveiling was the darkest day I have experienced, and I know the same is true for everyone else who loves our team and our league,” Paulson said Tuesday. “I know it was even harder and darker for those whose stories were shared publicly. I cannot apologize enough for our role in a gross systemic failure to protect player safety and the missteps we made in 2015. I am truly sorry.”

Later Tuesday, Chicago Red Stars owner Arnim Whisler, who also serves on the NWSL board of governors, made a similar move with the Red Stars, announcing in a statement: “Our organization is committed to rebuilding trust and respect among players and staff towards our league and club, and I recognize that my current presence is a distraction. I do not want to take any of the attention away from the players’ incredible and well earned playoff run.

“So in the interest of the club and the players, and fans we serve, effective immediately, I will remove myself from my governance role within the NWSL board of governors and will hand over operational control of the club to our executive team in Chicago.”

Yates’ report found that Whisler dismissed concerns from players about the abusive behavior of Red Stars coach Rory Dames, who resigned Nov. 21, 2021, amid accusations of verbal and emotional abuse by several players.

NWSL commissioner Jessica Berman issued the following statement Tuesday in support of the two owners’ decisions: “The NWSL is supportive of the important steps taken by the Portland Thorns and Chicago Red Stars today. As the League continues to evaluate the Yates report, I want to assure you that we remain committed to implementing reform and disciplinary action, both as a result of the Yates Report and the NWSL/NWSLPA’s Joint Investigative Team’s findings.”

Berman added that the NWSL’s joint investigative team was working towards concluding their report by the end of the year.

In the report filed by former U.S. Deputy Attorney General Sally Yates, Paulson is accused of enabling and supporting former Thorns coach Paul Riley after Riley was accused of harassment and sexual coercion by players Sinead Farrelly and Mana Shim. The investigation also found that Paulson and Wilkinson made inappropriate workplace comments to women.

Golub is accused of making inappropriate sexual remarks in 2013 to former Thorns coach Cindy Parlow Cone, now the president of U.S. Soccer. Golub has previously faced criticism for his workplace behavior and his tolerance for others’ misbehavior.

In her investigative report, Yates also accused Thorns management of not being forthcoming with information around Riley’s departure from the team in 2015, writing that the club “interfered with our access to relevant witnesses and raised specious legal arguments in an attempt to impede our use of relevant documents.”

The Thorns didn’t announce why they weren’t renewing Riley’s contract that year, and Paulson vouched for Riley as he landed a job with the Western New York Flash, which subsequently became the North Carolina Courage. Riley was with the Courage until being fired in September 2021 after allegations of his misconduct were made public.

“I very much appreciate your patience and believe it’s critical that the process play out with the Joint Investigation,” Paulson wrote in his announcement of his decision. “I love the Portland Thorns and women’s soccer, and am taking these steps with those interests in mind.”

Information from ESPN’s U.S. soccer correspondent Jeff Carlisle and the Associated Press was used in this story.

Suarez out of Uruguay-Brazil, Atleti-Barca with COVID