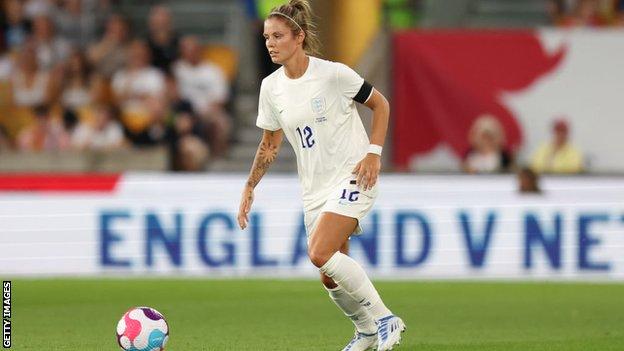 England defender Rachel Daly said it will be “hard for me” if she makes her 50th appearance at Elland Road without her dad in attendance.

Her father died in September before England’s 10-0 win over Luxembourg, in which Daly scored and wore a wrist band with the word ‘Dad’ on it.

Harrogate-born Daly is a lifelong Leeds fan and began her career with the club.

“It will be hard for me that he is not there but he will have the best seat in the house,” said Daly, 30.

“Touch wood I make an appearance and I can get that 50th cap. My dad was a die-hard Leeds fan and he was the person who made me the biggest Leeds fan.

“If I can make him proud, then that is all that matters to me.”

She could make her first appearance at Elland Road in Friday’s friendly match against the Netherlands, which comes eight days after England beat Belgium 3-0 in Wolverhampton.

Daly said it was “nice to be back home” and she will be fulfilling a childhood dream if she plays.

“I haven’t played here before so it will be special. My whole family are die-hard Leeds fans but any game I get to put the England shirt on is special so I will treat it like any other,” she added.

“Obviously it has an added element of sentiment but I just want to win the game and play as best we can.

“Playing for Leeds for most of my childhood I thought maybe one day [I would play at Elland Road] but not for England. You can only dream for that moment.”

Sarina Wiegman, who won the 2017 Euros with the Netherlands before becoming England manager in September, said she was not emotional about facing her old team but admitted it will be special.

“It’s a very special game obviously because I’m from the Netherlands and I worked with that team for many years but now I work with England,” said Wiegman.

“It’s really nice to see the [Netherlands’] team again. It is just a game in the end though but yes, it is special.

“I think the Netherlands are the strongest opponent we play [in these friendlies]. The others are going to the Euros so good opponents too but I think what the Netherlands have shown over the years, they are really good.”

England, who also face Switzerland on 30 June, are in their final preparations for this summer’s home Euros which kicks off on 6 July at Old Trafford when they play Austria.

They will be without striker Ellen White against the Netherlands after the Manchester City star tested positive for Covid earlier this week.

“We want to win every game but we also want to see an improvement in our style of play,” said Wiegman.

“That is what we focus on and hopefully that brings us the win. But yes, it helps when you do win as it gives you an extra boost of confidence.”

‘They picked the wrong team, dad’

The Netherlands are managed by Englishman Mark Parsons, who will be joined at Elland Road by his family to watch him coach for the first time on home soil.

Parsons, a former Chelsea reserve team coach, managed three clubs in America before taking over from Wiegman in the Netherlands.

Despite being English, Parsons made it clear he was here to win and he expects his family to be cheering on the away team too.

“The family will be here in orange and are excited to support our team and hopefully me,” said Parsons.

“I had an interesting Facetime with my daughter two days ago. She said she went to Sainsburys and there was a big picture of Lucy Bronze. She said ‘they picked the wrong team dad!’

“She is very passionate about winning against England. She will be there screaming at the top of her lungs. Let’s see if a few of her friends join her or give me some stick.”

The Netherlands are expected to make a few changes with Lieke Martens, Danielle van de Donk and Damaris Egurrola all managing their returns from injury.

Ajax midfielder Sherida Spitse will captain the side on her 200th appearance. 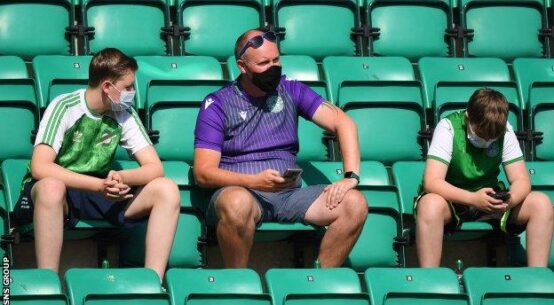 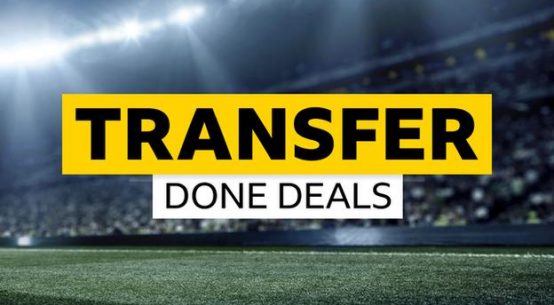 Scotland: Steve Clarke wants side to be history makers by reaching Euro 2020