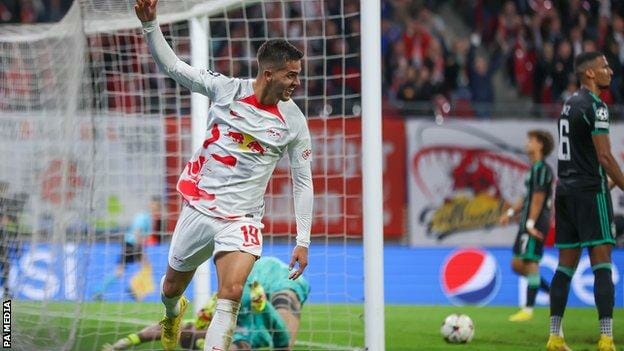 Celtic’s hopes of progressing in the Champions League were dented after RB Leipzig eventually triumphed in a frantic and entertaining contest.

Jota’s second-half equaliser hauled the Scottish champions level after Christopher Nkunku had put Leipzig ahead in a fiercely contested first half in a packed Red Bull Arena.

But their good work was undone when goalkeeper Joe Hart gave the ball straight to Dominik Szoboszlai, who teed up Andre Silva to score the first of his two goals.

The Portuguese striker rounded off a brilliant Leipzig move to ensure the German side leapfrog Celtic in Group F, with Ange Postecoglou’s team still searching for their first win before a re-match in Glasgow next week as they now sit bottom of their section.

Leipzig were menacing in the final third throughout, with Nkunku denied a goal earlier in the game by the video assistant referee for offside, before the Frenchman, who has been linked with a move to Chelsea in January, slotted home as the hosts pounced on the counter.

After Jota had equalised, the impressive Szoboszlai hit a post after a fantastic move involving Nkunku, and then his crisp effort into the far corner was ruled out after the referee reviewed footage of Silva blocking Hart’s view from an offside position.

But Celtic – who themselves created plenty of chances but were not helped by the loss of Callum McGregor to injury before the break – lived to regret not taking advantage of that reprieve, as Hart immediately passed the ball straight to Szoboszlai, and Silva made him pay.

The Leipzig forward then capped another fine move in which Nkunku pinged a fantastic pass across to Mohamed Simakan to provide the assist.

It was a sad end for Celtic, who until Hart’s error had played well. Jota’s equaliser was a well-worked goal, as Reo Hatate picked off a slack pass before feeding Kyogo Furuhashi, who crossed for his Portuguese team-mate to slide home.

And before that point, Kyogo himself had a header flash just wide, as well as another shot deflected just past a post, while Hatate and Moritz Jenz also had good opportunities.

But ultimately it was a similar story to the defeat by Real Madrid and draw with Shakhtar Donetsk, where Celtic were not clinical enough in front of goal, while mistakes at key moments were punished.

Player of the match – Christopher Nkunku

Celtic can travel back to Glasgow with their heads held high – but with plenty of regrets, too. Despite missing their first-choice centre-backs and losing their captain and most influential midfielder McGregor, they pressed Leipzig and picked off their slack passes.

Jota’s equaliser was beautifully worked, and came as a result of good pressure in midfield, and they stretched Leipzig often enough.

However, it’s hard to escape the feeling the team’s inexperience at this level is costing them. Only two of the nine starters have played serious minutes in the Champions League before this season, and it shows in the big moments.

Too often they are wasteful in front of goal, and in turn are punished for errors. Having said that, two of the mistakes which led to goals were committed by the two players who do have elite level experience.

Leipzig’s first came from McGregor’s heavy touch on the edge of his own box, while Hart’s pass to Szoboszlai was inexplicable at a crucial point in the game.

The quality of the opposition can’t be forgotten, either. Nkunku was sharp, Szoboszlai grew in influence, and Simakan on the right was a constant threat.

The Germans will come to Glasgow next week with confidence after a poor start to the campaign, and will fancy their chances of putting Celtic out of the equation for second place in the group.

Celtic are away to St Johnstone in the Scottish Premiership on Sunday (12:30 BST), before Leipzig come to Celtic Park on Tuesday (20:00). 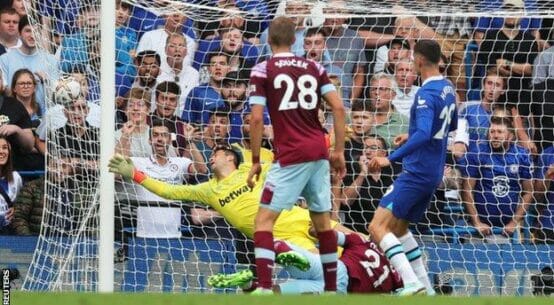 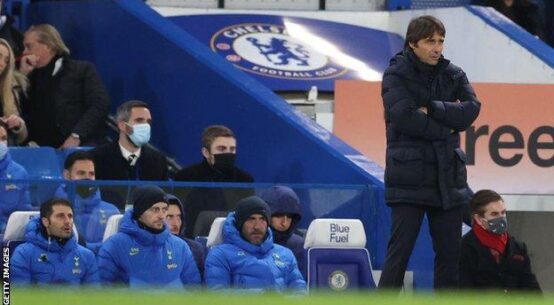 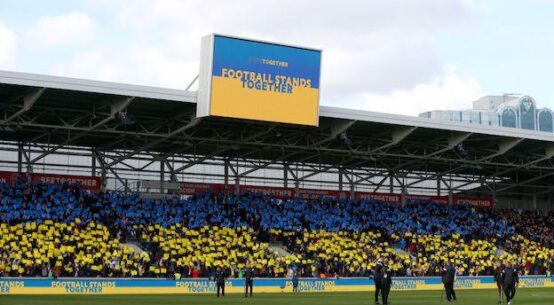