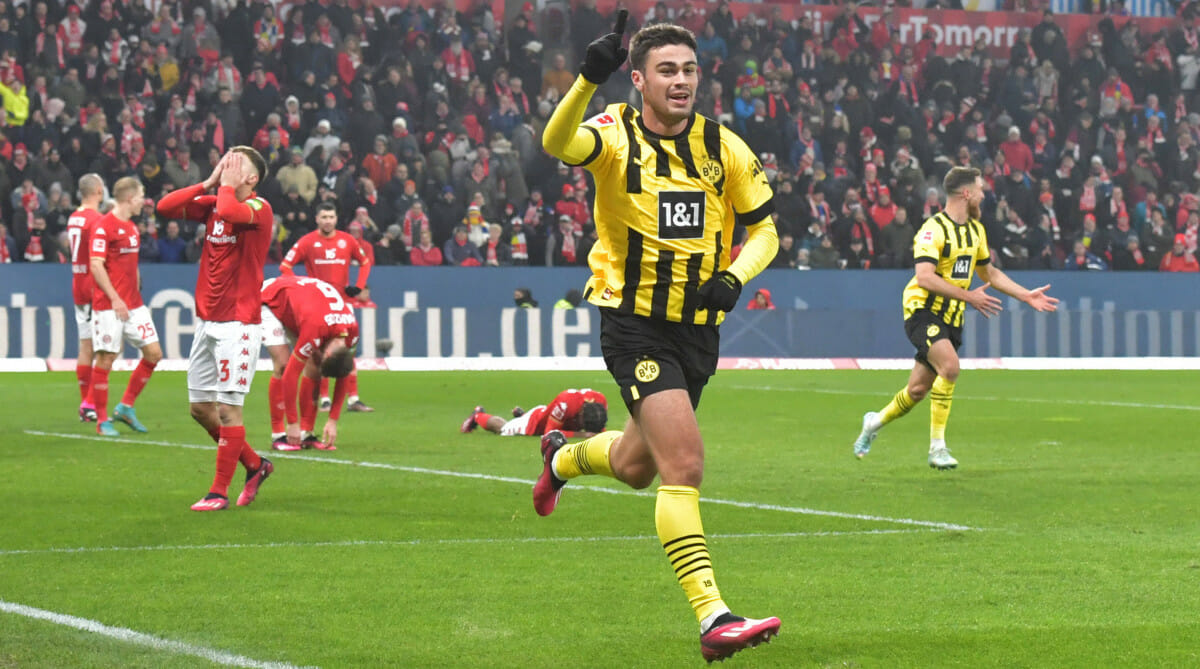 Gio Reyna appears to have a simple solution to blocking out the noise surrounding his off-field family drama: Just keep scoring goals.

For the second time in a week, the U.S. men’s national team phenom came off the bench for Borussia Dortmund to score a dramatic match-winning goal, this time putting a ribbon on a 2–1 win over Mainz on Wednesday.

Off a corner kick in the 93rd minute, Reyna made a run to the back post where he latched onto a headed pass from Sébastien Haller, who only just returned to the team after receiving treatment for testicular cancer. As he scored the goal, Reyna ran off into the opposite corner and put his fingers in his ears, mirroring his celebration from Sunday.

In his first game since returning from a tumultuous World Cup, Reyna scored a marvelous goal in the 78th minute, volleying his effort from an odd angle. But it was that very celebration that caused headlines.

U.S. Soccer is still reeling from the news of a domestic violence incident involving Gregg Berhalter, the manager of the U.S.’s 2022 World Cup team, from 1991 that resurfaced during the World Cup. Reyna’s parents later admitted that they had informed U.S. Soccer of the incident.

The U.S. is in the midst of an investigation into the incident while also conducting a search for the manager that will lead the team in the 2026 World Cup cycle, which Berhalter recently said he would like to lead.

Reyna played a limited role for the U.S. in Qatar, making only two appearances while also apologizing to the team for his lack of preparation during the tournament after being told that he would have a limited role.

But Wednesday’s goal makes it two in two games for Dortmund since the saga began, giving Reyna plenty of reasons to celebrate.