Switzerland’s Riedi advanced through qualifying en route to claiming his maiden title at the Helsinki Challenger while Shelton continued his historic Challenger Tour run at the Champaign (Illinois) Challenger, where he collected his third straight Challenger title and extended his match-winning streak to 15.

Riedi defeated Czech Tomas Machac 6-3, 6-1 in the final at the HPP Open in Finland. The 20-year-old won seven matches in eight days to win the Challenger 90 event.

“It’s the best feeling in the world,” Riedi said following the title. “My goal all week was to, no matter what, stay positive and I think that’s what got me here.”

Riedi has made a sudden impact on the Challenger circuit since transitioning from juniors. The Swiss captured the 2020 Australian Open boys’ doubles title (w/ Nicholas David Ionel) and fell short to countryman Dominic Stricker in the 2020 Roland Garros boys’ singles final to finish a standout junior career. Earlier this season, Riedi upset top-seeded Maxime Cressy at the Lugano Challenger before advancing to his first Challenger final (l. Nardi).

The Helsinki crown lifts Riedi to a career-high 197 in the Pepperstone ATP Rankings.

Shelton, 20, battled a slow start in Sunday’s final to take down Australian Aleksandar Vukic 0-6, 6-3, 6-2 and triumph at the Paine Schwartz Partners Challenger.

The 2022 NCAA singles champion is the youngest player in Challenger history to win three titles in as many weeks and the second American to do so (Sam Querrey ‘14 Napa, Sacramento, Tiburon). The former University of Florida star is one of 12 players who has mastered the feat, including Benjamin Bonzi, who accomplished it last year (St. Tropez, Cassis, Rennes).

“I feel pretty lucky, I didn’t expect to play 15 matches in three weeks and my body held up,” Shelton said. “It’s encouraging to me that I can play this many matches and be alright.”

After starting the year at No. 573, Shelton has collected a 35-8 Challenger-match record, which has helped him climb to a career-high 97.

“It’s definitely gone quick,” Shelton said regarding his Top 100 debut. “I’m going to take this offseason and slow down a bit, enjoy myself, and also focus on some things I can improve.”

In Sao Leopoldo, Brazil, Juan Pablo Varillas escaped a three hour, 12 minute marathon final, where he fought from 1/5 down in the opening set tie-break before winning six straight points to steal the opening set and eventually defeated Argentine Facundo Bagnis, 7-6(5), 4-6, 6-4.

The Peruvian, who is a three-time Challenger finalist this season, has made at least the semi-finals in three of his past four Challenger tournaments (Ambato, Guayaquil). Following the title at the Challenger Dove Men+Care Sao Leo Open de Tenis, Varillas is ten spots shy of tying his career high mark 97, which he reached in August 2022.

“I am very happy to win another Challenger title,” Varillas said. “I believe I had an incredible and positive week in every way. I think I accomplished what I was looking for this week. It was a great final, a very tough match that was decided in the details.”

In May, Varillas made his Grand Slam debut at Roland Garros, where he held a two sets to love lead on then-World No. 9 Felix Auger-Aliassime, who eventually recovered to win in five sets.

You May Also Like: ‘Gio the Giant’ Growing Fast On Challenger Tour

Japan’s Yosuke Watanuki rallied from a set down to win his second Challenger title, both on home soil at the Kobe Challenger. The 24-year-old defeated Frederico Ferreira Silva 6-7(3), 7-5, 6-4 in the final to claim the Hyogo Noah Challenger.

“I just fought and fought, I’m so happy to win,” Watanuki said. “I was a little tight, Fredrico played well, but I was so happy to get the final point.” 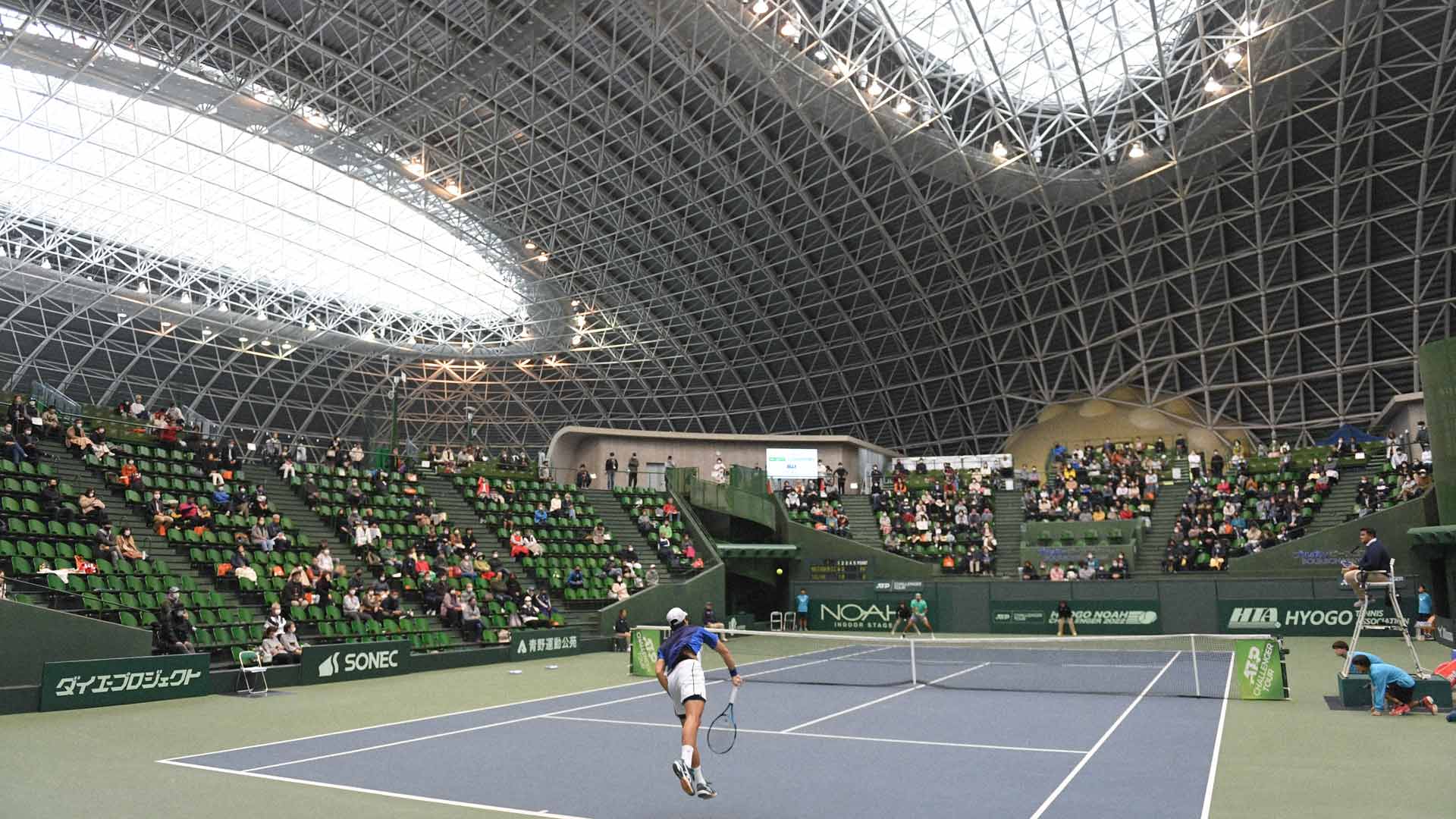 Watanuki, who is coached by his brother Yusuke, is just two spots shy of tying his career-high 171, which he reached in March 2019. Earlier this season, the Saitama native reached his first Tour-level quarter-final at the ATP 250 event in Lyon (l. de Minaur).

Vasek Pospisil is in the Top 100 for the first time since October 2021 following his title at the Challenger Banque Nationale de Drummondville in Canada, where he defeated American Michael Mmoh 7-6(5), 4-6, 6-4.

Pospisil is a four-time Challenger finalist this season, including at the Quimper Challenger, where he was crowned champion (d. Barrere).

The former World No. 25 won the 2014 Wimbledon doubles title (w/ Jack Sock) and the following year the Canadian reached the singles quarter-final at the All England Club (l. Murray).

Pospisil, who was seeded third at the Drummondville Challenger, will next represent Canada in their quarter-final Davis Cup tie against Germany. 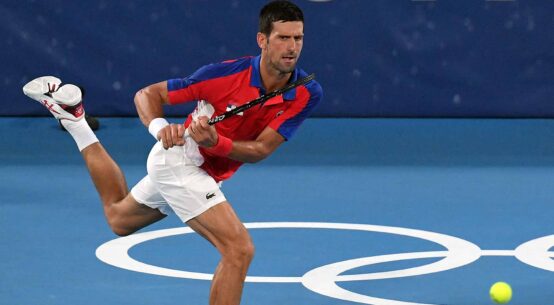 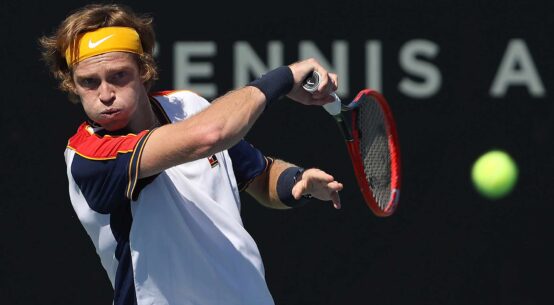 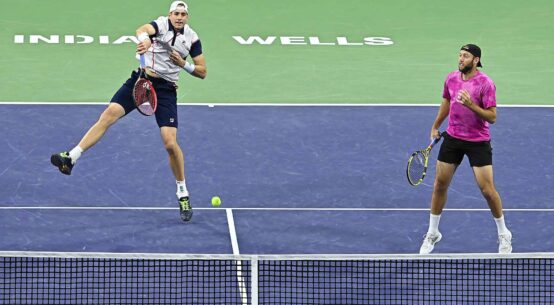 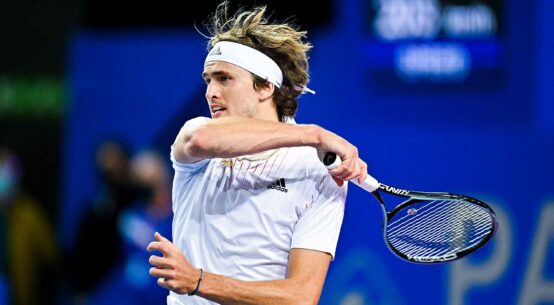