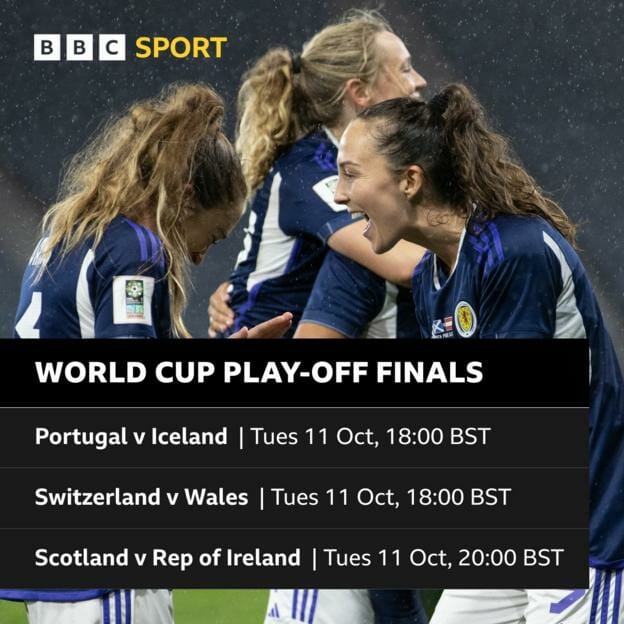 Abi Harrison’s header in extra time earned the Scots a shot at Republic of Ireland in the final on a night which could have ended in heartbreak.

Instead, the Scots can dare to dream of next year’s finals.

“We broke the tradition of drama in a negative way,” Martinez Losa said.

“This team has worked on what we can achieve together with mental strength, the emotional part, and we showed that.”

It was fitting that Scotland could mark such a historic occasion with a victory.

With a crowd of 10,128, this was their biggest home attendance for a competitive fixture. Among that number were the Ravenscraig Pioneers, members of the first women’s Scotland team who took to the pitch 50 years ago.

It was a poignant nod to the past on what was an occasion for galvanising the future. Large swathes of the crowd inside a wet Hampden were children, and Martinez Losa is hopeful his team can continue to be an inspiration against the Irish on Tuesday.

“We play football to make them proud,” said the Spaniard, whose side suffered several scares from the Austrians in 90 minutes.

“We want to have a bigger support in the next game if we can, and that they’ve connected with the team, feel proud with what they’ve seen. Hopefully they’ve inspired not just girls, but a whole nation. It’s that dream for all the players.

“We know Ireland well. We haven’t spoken to the players in the camp yet. It’s time to rest first, recover players and get the energy again and go.”

So what happens now?

Right, this gets a bit tricky…

There will be three play-off finals taking place on Tuesday. Of the three winners, two will qualify for the World Cup in Australia and New Zealand.

Which two? Those with the best points and goals tallies in the group stage and the play-off final. With me so far?

Of the six European teams left right now, Scotland are ranked fourth, with Ireland third. If the Scots triumph, they’d need Portugal to beat Iceland or Wales to see off Switzerland to make it directly into the finals.

Add in that if Scotland were to win on penalties they’d only get a point rather than three, it makes it all the more confusing.

However, the Scots’ match will kick-off two hours later than the other two ties, so Martinez Losa’s team should know what’s at stake before taking to the pitch.

Basically, win on Tuesday and at worst they are one game away from a second Women’s World Cup appearance. 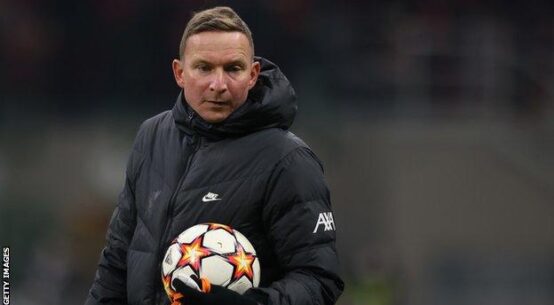 QPR’s Manisha Tailor: ‘It is ludicrous I’m the only south Asian female in the role I’m in’