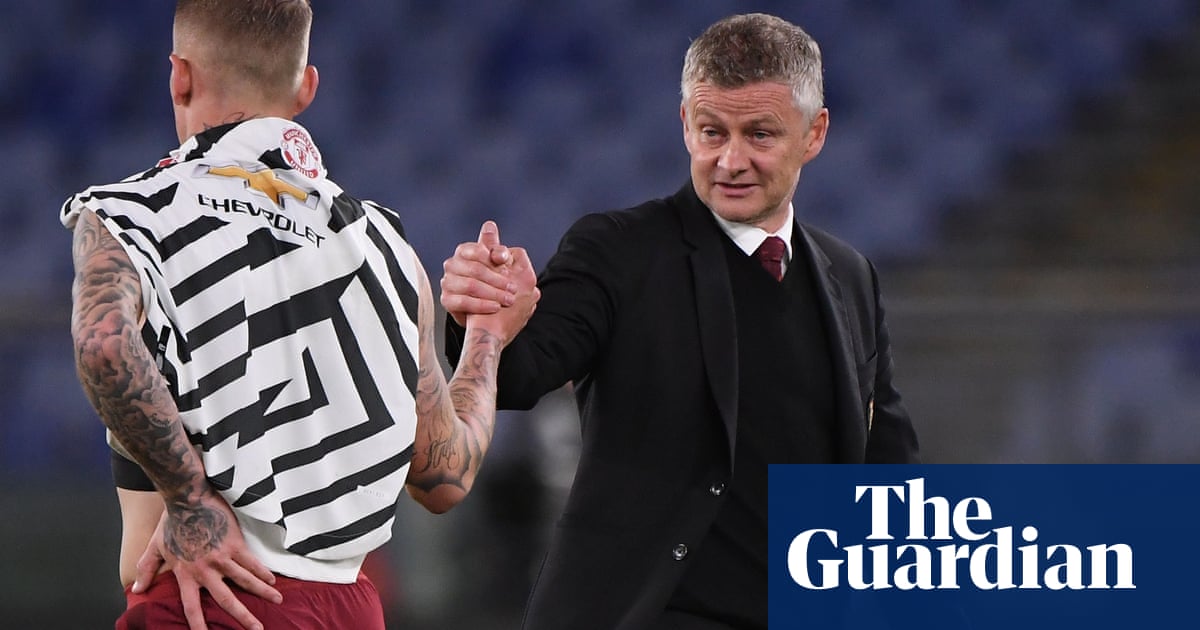 Ole Gunnar Solskjær criticised “people who’ve never played football at this level” for crafting Manchester United’s congested schedule after his side added another date to the diary by securing their spot in the Europa League final against Villarreal, despite falling to defeat against Roma in the semi-final second leg.

United overcame the Serie A side 8-5 on aggregate, with the in-form Edinson Cavani scoring twice in a 3-2 loss on Thursday, the first of four matches in eight days. United return to Premier League action at Aston Villa on Sunday before home matches against Leicester City and Liverpool on Tuesday and Thursday respectively.

“It’s unheard of,” Solskjær said. “It’s made by people who’ve never played football at this level. It’s physically impossible for the players to do it after being here, [and then] playing Sunday, Tuesday, Thursday. We’ve not been dealt a good hand but we’ll have to play it as well as we can.”

Solskjær saluted David de Gea for helping United to reach the final against Villarreal on 26 May and hinted the goalkeeper would start the showpiece event in Gdańsk. Since 2001, Spanish teams have played non-Spanish teams 15 times in Champions League and Europa League finals, with Spanish sides winning on every occasion.

“David was vital, he was man of the match for me, a standout performer,” the United manager said. “The final is still three weeks away. We’ve got many, many games before then. David has put in a very good application. You keep your place in the team when you play well.”

Cavani took his tally to 13 goals for the season in all competitions but goals by Edin Dzeko, Bryan Cristante and Nicola Zalewski gave Roma victory on the night. “Edinson showed again why we want to keep him at Old Trafford,” Solskjær said. “Edinson has proven tonight and in previous games, throughout his career, what a centre-forward should be doing on and off the ball. He is a top professional. Everyone in my team can learn from him.”

The final will represent the first of the Solskjaer era, with United seeking their first trophy since winning the Europa League in 2017. “When you’re in a final, you’ve got a chance to win the competition you’re in,” he said. “I’m so happy for the boys that they’ve got something to win.”

Next Generation 2020: 20 of the best talents at Premier League clubs

Burley: Man United will stay mediocre under Solskjaer and Woodward