Liel Abada’s first-half double had the depleted visitors – who lost Kyogo Furuhashi to an injury later described as “nothing serious” – in total command until Chris Kane halved the arrears.

Celtic’s mounting list of absentees meant a summons from the wilderness for goalkeeper Vasilis Barkas, last seen in Ange Postecoglou’s first match in charge in July.

But St Johnstone struggled to trouble the error-prone Geek as their Premiership losing run extended to seven games in the final outing before the rearranged winter shutdown.

The damage was done in a supine first-half display from Callum Davidson’s men as Celtic, orchestrated by Tom Rogic in midfield, breached the hosts’ defence almost at will and Abada ought to have had a hat-trick.

Postecolgou’s men had been held to a scoreless draw by Covid-weakened St Mirren four days earlier, but took fewer than 10 minutes to find a breakthrough in Perth.

Josip Juranovic galloped on to Jamie McCart’s loose pass and squared for Abada, who bundled home at the second attempt – despite the close attentions of two defenders – after Elliot Parish made a marvellous initial save.

It was the 12th time St Johnstone have conceded first in the Premiership this season – they have lost all 12 games.

Kyogo soon departed to what appeared a recurrence of the Japanese striker’s recent hamstring injury, although Postecoglou later allayed concerns over the severity. It meant a debut for 18-year-old Joey Dawson, who was denied a late goal to mark the occasion when Callum Booth cleared off the line.

Rogic was the architect of Celtic’s second, the Australian’s deft through ball unlocking the defence for Abada to angle a low finish in at the far post.

Parish denied Liam Scales and Juranovic and got his fingertips to Abada strikes either side of half-time before St Johnstone finally showed signs of life.

Kane – who had come off the bench along with Liam Craig at the interval – glanced in Viv Solomon-Otabor’s delivery from the right and Jacob Butterfield soon rattled a shot wide as slackness crept into Celtic’s play.

Defender Carl Starfelt, who had given away possession for the hosts’ goal, then survived a penalty scare before Bitton made sure of the points with an emphatic finish from Rogic’s pass.

Man of the match – Liel Abada

The 500 St Johnstone fans in attendance, amid new crowd restrictions, would have been cursing their luck at landing a ticket in the club’s ballot when their side were totally overrun.

The Perth men looked a husk of a team, devoid of confidence and – worryingly – fighting spirit in the first half.

Their gradual improvement thereafter, helped by the return of regulars Craig and Kane, at least gives a crumb of comfort for manager Davidson.

Both sides aim to strengthen in the January window and the winter break comes at in ideal time for a ravaged Celtic squad, especially with Kyogo limping off again.

In the absence of so many first-team players, Rogic and fellow experienced midfielder Bitton were stand-outs as Celtic avoided consecutive league slip-ups, although the dominant visitors should have had the game won long before St Johnstone briefly threatened a comeback.

St Johnstone manager Callum Davidson: “I said to the players in there that some of you need to go and have a look at yourselves.

“We have to find a way of bringing in some players with quality to, with players who we have here, start getting us out of this mess.

“We gave away a goal easily in the first 10 minutes after giving them possession and that was us chasing the game. All three goals we made it far too easy for them.”

Celtic manager Ange Postecoglou: “The first half was excellent, we scored two and should have had more.

“Second half was a bit scrappy but we still had chances, so super happy with the players’ attitude and commitment. We controlled the game for large parts and it’s a deserved three points.”

Celtic are first in action after the winter break with a home game against Hibernian on January 17 (19:45 GMT), while St Johnstone are away to Hearts 24 hours later. 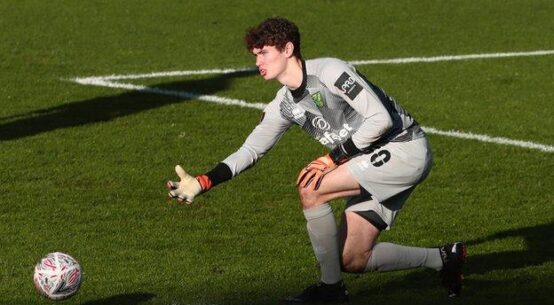