Skip to content
You are here
Home > Tennis > Steady As He Goes: Carreno Busta Survives In Five Against Shapovalov 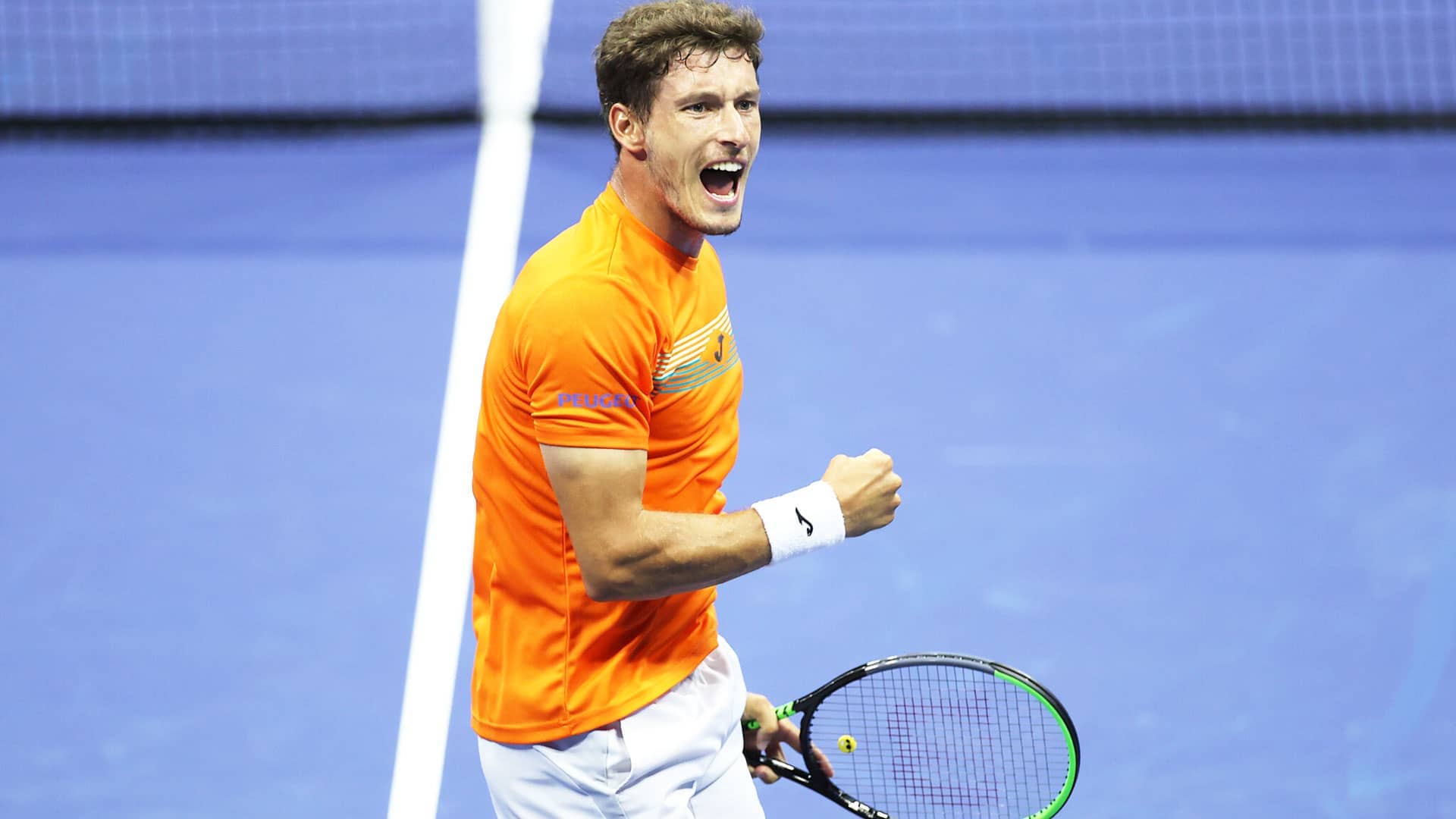 Despite 76 winners and relentless fighting spirit from No. 12 seed Denis Shapovalov, Pablo Carreno Busta remained unflappable in their US Open quarter-final on Tuesday.

The No. 20 seed was largely stoic throughout their four-hour, nine-minute showdown inside Arthur Ashe Stadium. Tirelessly retrieving balls and blocking back the onslaught of Shapovalov’s power, Carreno Busta overcame a back injury late in the match and dug deep to prevail 3-6, 7-6(5), 7-6(4), 0-6, 6-3 for his second US Open semi-final.

”I’m destroyed, but I’m very happy. It’s incredible to be back in the semi-finals,” Carreno Busta said to ESPN’s James Blake after the match. “I think I’m very comfortable on these courts.

”I think the past months during quarantine was very tough for everyone. I worked very hard with my coach. When you work hard, normally the results arrive. Maybe not in the first tournament, but I’m very lucky to be in the semi-finals.”

Carreno Busta continues to excel at the USTA Billie Jean King National Tennis Center. In addition to his semi-final three years ago, the Spaniard also won his first ATP Masters 1000 doubles title two weeks ago alongside Alex de Minaur at the Western & Southern Open. He improved to 4-1 in his ATP Head2Head series with Shapovalov and has prevailed in their past three matches.

Standing between him and the championship match is fifth seed Alexander Zverev, who defeated No. 27 seed Borna Coric earlier in the day. Zverev won their lone ATP Head2Head meeting two years ago in Miami.

A great week for the 21-year-old who became the first Canadian male to reach the #USOpen quarters in the Open Era ? pic.twitter.com/GO1J7J5iur

Carreno Busta and Shapovalov traded breaks to start the match, but it was clear from the onset that Shapovalov would be dictating play with his winners and unforced errors. He was even more energised than usual, yelling when he hit thunderous winners and jogging to his chair after service holds. Shapovalov struck a down-the-line forehand to break again at 4-3 in the opening set and held comfortably in the next game for an early advantage.

Service breaks once again highlighted the start of the second set as both men held serve once each in the first six games. As Shapovalov’s first-serve percentage began to drop, his second serve betrayed him. He hit six double faults in the second set and won just eight of 23 second-serve points. Carreno Busta took advantage of the opportunities provided to him, striking a backhand passing shot at 3/2 in the tie-break and converting his third set point with an ace to level the match.

Carreno Busta’s relentless retrieving and consistency contributed to Shapovalov’s increased unforced error count and a 4-2 lead for the Spaniard in the third set. But the Canadian continued to battle, earning the break back at 4-3 with powerful baseline play and bravely saving a break point with an ace at 5-5.

With the third-set tie-break even at 4/4, Carreno Busta stepped up and played some of his most aggressive tennis of the night. He earned a mini-break with a solid down-the-line backhand, then ripped an unreturned first serve and forehand winner to take a commanding advantage.

You May Also Like: Five Things To Know About Pablo Carreno Busta

The grueling rallies appeared to take their toll on the 29-year-old Spaniard as he began to take more time in between points. Shapovalov opened the fourth set with a forehand winner to break serve, then won 20 of the next 24 points to take their clash to a decider.

Carreno Busta received a medical timeout on his lower back before the start of the fifth set. Although his movement improved significantly, Shapovalov appeared to have more energy and bounced between return points even as the match neared the four-hour mark.

But Carreno Busta’s steadiness prevailed as Shapovalov’s streakiness proved to be his undoing. A backhand error set up two break points for Carreno Busta at 3-2 and Shapovalov stood in disbelief as he double faulted to give away the break.

The Spaniard raised his arms in triumph after a forehand return in the net from Shapovalov, his 76th unforced error of the night, wrapped up the match. 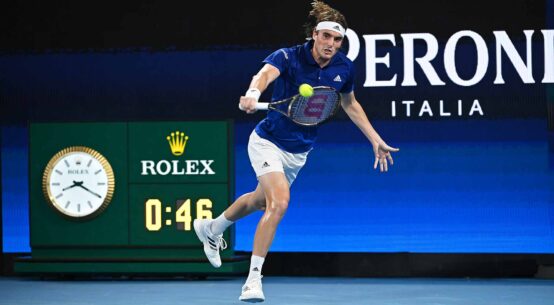 Tsitsipas: ‘I Hit Balls I Was Scared To Hit 2 Weeks Ago’ 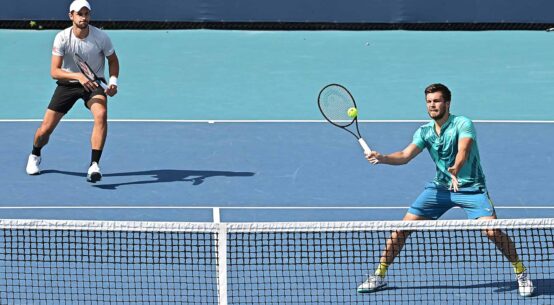 Mektic/Pavic Cruise Into Second Round In Miami

Third Time The Charm For Rublev Against De Minaur 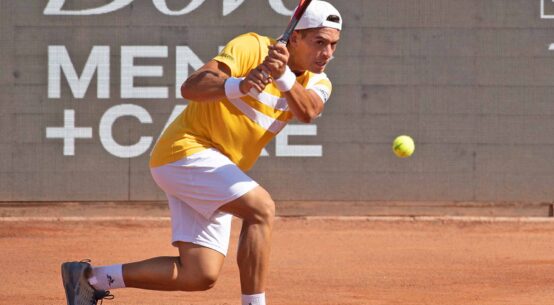