Skip to content
You are here
Home > EltasZone > Tactical review of 2019: Re-emergence of Brazil and a judicious high press

This year has been all about Liverpool. It is not just that they are European and world champions, or that they are well set to win the Premier League for the first time since 1990. It is that their football feels a distillation of the modern game. It is high tempo, hard-pressing football with a fluid front three and extremely attacking full-backs.

So universal do those traits seem to have become at the highest level of the game that teams who don’t play in that way appear almost old-fashioned. One of the reasons José Mourinho left Manchester United a year ago was because his refusal to press seemed symptomatic of somebody whom the game had passed by, yet the biggest doubt about his replacement, Ole Gunnar Solskjær, is that he too is fundamentally a counterattacker who struggles with what has come to seem to be the defining quality of the best modern coaches: their ability to organise an attack so that they can interact quickly enough to break down compact defences that sit deep against them.

Megan Rapinoe: ‘Everybody has a responsibility to make the world a better place’

That is the flip side of the fluent attacking of the best sides; as the gulf in resources between the superclubs and the rest has grown wider and wider, so sitting deep and looking merely to hold on has become an increasingly common form of resistance. It is an oft-cited statistic but it remains striking: between 2003-04 and 2005-06, the first three seasons for which there is data, Opta recorded three instances of Premier League games in which one team had 70% or more of the ball. Last season there were 67. Football’s economics have changed and teams have come to accept their status and play within their means.

The other effect of the game’s growing financial imbalance is the way so many top sides, unpractised in defending, capitulate against sides who actually attack them. Barcelona are only the most obvious example, their 4-0 defeat at Anfield this year following the pattern established by heavy defeats by Paris Saint-German and Juventus in 2017 and Roma in 2018. Attacking is the modish way to play but it has been aided by a general downturn in the quality of defending. Even Liverpool established their commanding lead at the top of the Premier league despite keeping only two clean sheets in their first 16 games of the season. That lurch towards attacking play seems ripe for recalibration.

This hints at a tension that exists at the highest level of the game: on the one hand there is the carefully co-ordinated pressing and attacking of Jürgen Klopp and Pep Guardiola – and in their various ways Antonio Conte, Maurizio Sarri, Gian Piero Gasperini and Brendan Rodgers – but on the other there is a lust for celebrity to provide content that can be marketed across the globe. PSG have perhaps suffered most from the Neymar Syndrome but it is a wider paradox that the same economic drive that has elevated the superclubs so far above the rest is also a potential tactical handicap. Even Barcelona, once, as Zlatan Ibrahimovic notably said, a club of “obedient schoolboys” eagerly obeying Guardiola’s tactical instructions, have become something more decadent, their hugely gifted front three often becoming detached from their midfield against the best opposition.

But none of that is particularly new; rather it is a continuation of trends set in motion years ago. Where there have been significant developments in the past year is in Brazil. The national team’s 7-1 defeat by Germany in the semi-final of the 2014 World Cup semi-final, followed by embarrassingly early exits in the Copas América of 2015 and 2016, represented the culmination of a decade of insularity. Under Luiz Felipe Scolari and then Dunga they were crabby and cynical, debilitatingly in thrall to the cult of Neymar.

Brazilian football, it seemed then, had ignored almost entirely the direction football at the highest level had gone. They didn’t press, they didn’t function as anything approximating to a coherent unit and they seemed to want to play like some mid-ranking nation from the late 80s, with 10 players subservient to one great star. But this year has seen a rebirth.

In part that is because Brazil has become more open to ideas from abroad, with the Portuguese coach Jorge Jesus at Flamengo and the Argentinian Jorge Sampaoli at Santos. Flamengo, in particular, have captured hearts with the beauty and effectiveness of their pressing football, winning both the Brazilian league and the Copa Libertadores. And in part it is because of the work done by Tite, who increasingly seems the calmest and wisest man in Brazil.

After his success with Corinthians he took a sabbatical to study trends around the world and the result of that education has been obvious as he has produced the most sophisticated Brazil side in probably 30 years. Without the millstone of Neymar’s ego, they vindicated his change of approach by winning the Copa América on home soil in July. Brazilian football is suddenly forward-looking and exciting again.

Underlying that assertion, of course, is a tacit acknowledgment that the best football, the highest form of football, is centred in western Europe, a phenomenon made inevitable by those same economic structures that have produced both the brilliance of Liverpool and the decadence of some of the other superclubs. A similar phenomenon, of the rest of the world following where Europe leads, was seen also at the Africa Cup of Nations.

The final, in which Algeria beat Senegal 1-0, was the first since 1998 – and only the sixth ever – to feature two “local” coaches – although the term is awkward and misleading. Both Algeria’s Djamel Belmadi and Senegal’s Aliou Cissé played for the countries they continue to manage but both grew up in the same suburb of Paris, both are the products of European youth development and then of European clubs. Both have their sides, the majority of whom have similarly developed in European leagues, playing notably modern football, marking zonally, pressing and looking to interchange positions.

Nigeria’s German coach, Gernot Rohr, was criticised by certain sections of the Nigerian media after his side’s semi-final exit for not playing “Nigerian” football but the truth is that such regional variations are becoming less and less meaningful. There is a form of football that has come to appear hegemonic and, while there are differences in how Klopp, Guardiola, Rodgers, Conte, Gasperini, Sarri, Tite, Belmadi and Cissé set their sides out, their basic principles are essentially similar.

All to a greater or lesser extent believe in the value of a judiciously applied high press, all look to counterattack at pace, all have drilled their forward players into rapid interchanges and all have full-backs whose role is at least as attacking as it is defensive. This is top-level football at the end of 2019. 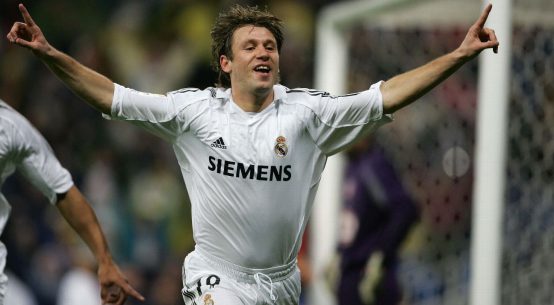 Mustapha Carayol: ‘Players want to come to Turkey because of the fans’