The Toe Poke Daily is here every day to bring you all the weirdest stories, quirkiest viral content and top trolling that the internet has to offer, all in one place.

With 11 days to go until the Champions League final, Liverpool have swapped their Melwood training ground for Marbella where they are currently limbering up for their season finale.

Unsurprisingly, the squad seem to be enjoying the altogether sunnier climes of the Costa del Sol with Sadio Mane in particular cracking wise about the difference in temperature.

“Nobody misses the Liverpool weather, to be honest! That’s it,” Mane joked, according to the Daily Mail.

‘Now I think it is important for us to be back and prepare for the big game. We know how to do it, so we’re looking forward to it.’

The Reds are in southern Spain to acclimatise to the weather before facing Tottenham in Madrid on June 1.

Kits! Get ya kits right here!

Not one but three European football heavyweights have released their new home kits today, with Inter Milan, Atletico Madrid and Celtic all unveiling their respective 2019-20 offerings.

With everything done and dusted and La Liga survival secured, Brazil great Ronaldo rewarded his Real Valladolid squad with a little postseason getaway.

The 42-year-old, the club’s majority shareholder, had promised to take his team and coaching staff on holiday to Ibiza and Formentera if they managed to stave off the drop.

Lo and behold, the Blanquivioleta touched down in the Balearic islands this week.

Several Valladolid players have shared images and videos of their jaunt on social media, with the enoturage enjoying group trips to the beach as well as a couple of local restaurants.

A welcome treat and no doubt fantastic for team spirit.

Compare and contrast that with Newcastle United, who reportedly had their end-of-season trip to Las Vegas (as promised to them by owner Mike Ashley) revoked despite successfully delivering themselves from relegation.

Neymar hit the town on Tuesday night to attend the launch of his latest extra-curricular business venture.

After dipping out of the Ligue 1 awards gala in Paris just a couple of days earlier, the PSG striker was dressed in all his gilded finery to promote his new fragrance at the Salle Wagram auditorium in Paris.

Should you be wondering, Neymar’s new fragrance is “Spirit of the Braves,” produced in collaboration with Diesel.

“The brave don’t fear their fears,” it says here. “They play with them.”

Certainly catchy in an ironic kind of way, largely considering that Neymar hasn’t actually played for anybody since injuring his foot way back in January.

‘A presidential request is one that cannot be disregarded’

Asamoah Gyan has performed possibly the quickest retirement U-turn ever and returned to international football at the request of the Ghana president. The former Sunderland forward had said on Monday he would no longer be available for selection ahead of the upcoming Africa Cup of Nations.

“A presidential request is one that cannot be disregarded,” Gyan wrote in a statement which he posted on Twitter on Wednesday. “His Excellency Nana Addo Dankwa Akufo-Addo, who, though respecting my wishes as spelt in my letter of May 20, 2019, has asked me to rescind my decision to retire permanently from the Black Stars.”

Gyan’s initial letter of retirement provoked amusement on Twitter, due to its opening: “My mother once told me: ‘You cannot tout a decision you did not take as a betrayal, because you have to expect it,’ I still do not understand that statement anyway.”

You’ve heard of ghosting in to score at the back post or supporters complain about the “bum” that missed a sitter right in front of goal, but this high school player from Iowa took posterior play to the next level with a recent finish.

Caleb Dokter, the hind-side shooter in question, plays for Iowa high school team Western Christian, who were en route to a 10-0 win in the 1A substate playoffs on Tuesday when he swooped in for a cheeky finish against Missouri Valley High as his team advanced to face Treynor High School in the next round. 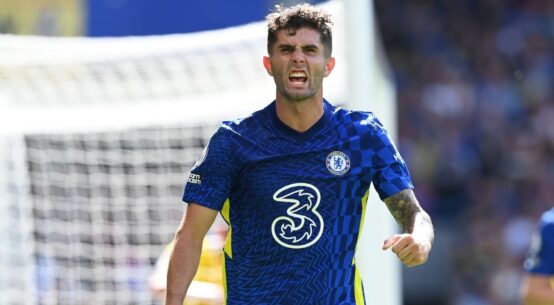 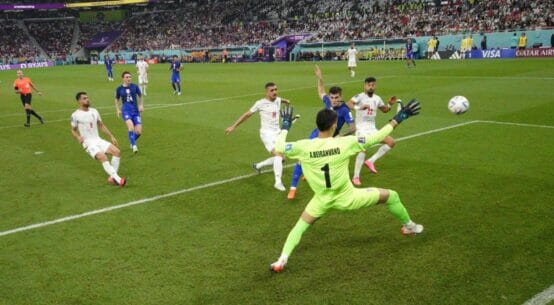 Pulisic punches US into World Cup knockouts, but injury adds to attack concerns

Alan Partridge or Alan Shearer? Michael Owen plays ‘You Have To Answer’