Fulham’s Ademola Lookman missed a Panenka-style penalty with the last kick of the game as West Ham clinched a dramatic victory with an injury-time winner of their own.

The game had looked on course to end goalless before Tomas Soucek drove home from substitute Said Benrahma’s pass inside the box in the first minute of injury time.

But Fulham were awarded a 95th-minute penalty when Benrahma caught Tom Cairney and, after a check by the video assistant referee, the spot-kick was awarded.

Aleksandar Mitrovic had missed his previous penalty so Lookman stepped up but his chipped effort lacked any sort of power, leaving Lukasz Fabianski waiting to make an ultimately comfortable catch.

Lookman, who has been one of Fulham’s better players so far this season, understandably looked devastated when the referee blew for full-time as the chance of what would have been a well-earned point slipped away.

Fulham goalkeeper Alphonse Areola had made a number of excellent saves to deny West Ham and put the visitors within minutes of a second successive clean sheet after claiming their first win of the season against West Brom last time out.

Areola, who is on loan from Paris St-Germain, kept out Arthur Masuaku, Aaron Creswell and Jarrod Bowen inside the first 10 minutes and also pushed Aaron Cresswell’s free-kick onto the bar early in the second half.

Fulham finished strongly and had good chances to take all three points themselves as Lookman and Bobby Decordova-Reid both drew saves out of Fabianski.

But just as they looked to leave West Ham with a point, Soucek’s late winner and Lookman’s poor penalty ensured it was the hosts who claimed their third win of the season.

Should the West Ham goal have stood?

To add to Fulham’s frustrations, both managers were in agreement after the game that there were question marks over whether Soucek’s goal should have even stood.

The contentious issue was that a ball into the box was aimed at Haller, who was in an offside position, but play continued and the ball was headed down to Benrahma by the Fulham defence to produce the assist for Soucek to strike.

“A tough call on Fulham for our goal because the offside rule is not a good rule. I would claim offside for that, but we get a goal from it,” said West Ham boss David Moyes.

“None of us really know the offside rule now,” said Fulham boss Scott Parker. “We’ve got VAR, every gadget and gimmick and there are so many things to look at nobody knows.

“He’s (Haller) interfering with play, my defender can’t leave it.”

Fulham had made a terrible start to the season that suggested they would be heading back to the Championship with a whimper, losing their first four games.

But in their last two matches there have been significant signs of improvement. They were good value for their win against West Brom and they withstood some early pressure in this game that previously might have seen them wilt.

After that, their defence was rarely troubled as a West Ham side missing the attacking spark of Michail Antonio struggled to make an impression in the final third.

Failing to take a point in such a cruel fashion will be difficult to take for Fulham fans but their overall display in the 90 minutes before then should provide encouragement for the future. 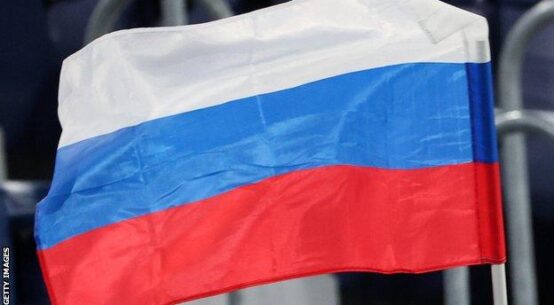 Ukraine crisis: Russia to appeal against football ban imposed by Fifa and Uefa