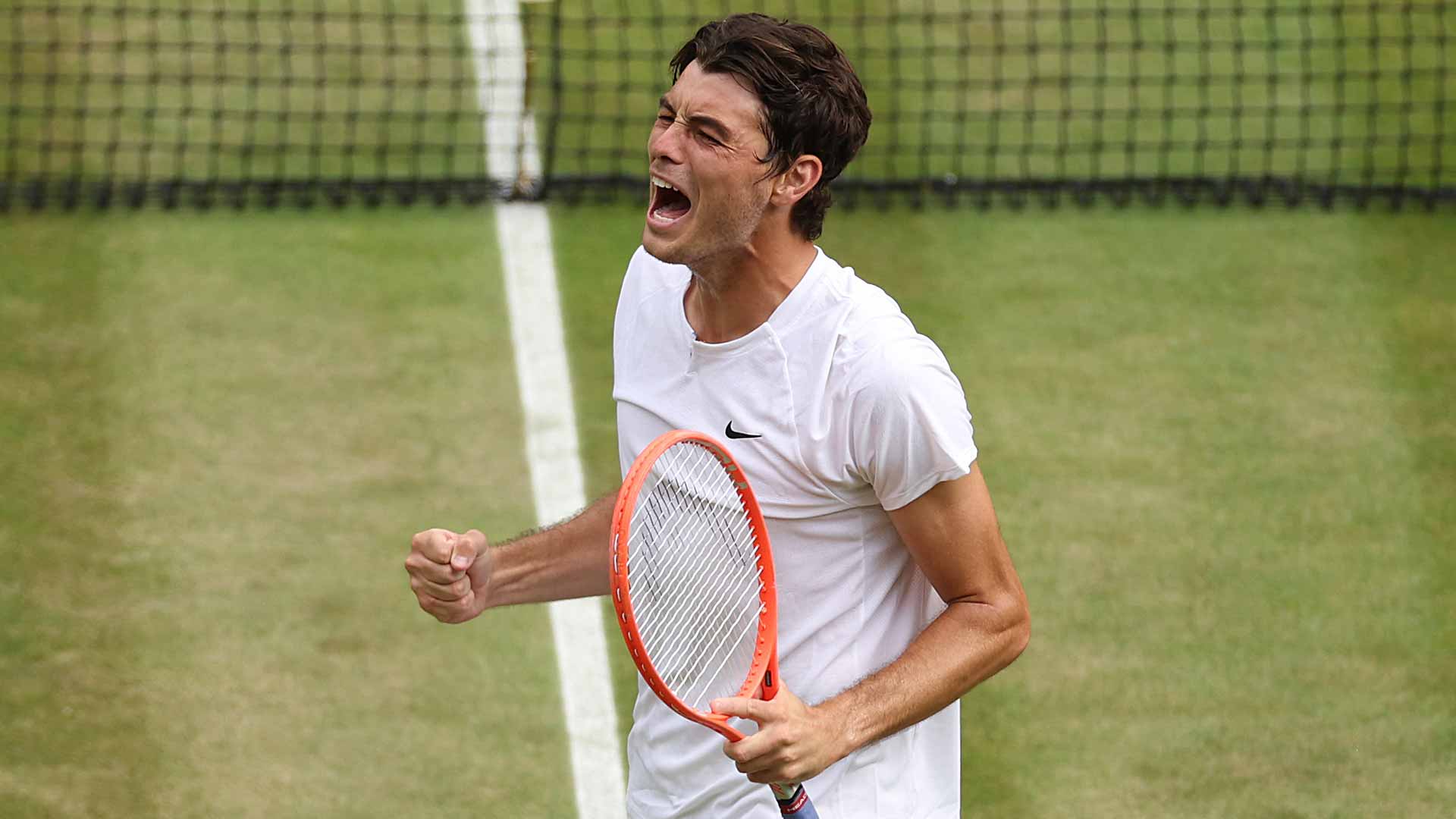 Taylor Fritz has enjoyed the best run at a major of his career at Wimbledon, where he is into the quarter-finals without losing a set. The 11th-seeded American will face a tough challenge in the last eight against second seed Rafael Nadal, who has won the first two majors of the season.

It will be a rematch of this year’s BNP Paribas Open final, in which Fritz defeated Nadal for his first ATP Masters 1000 title.

Before the match, ATPTour.com caught up with Fritz’s coach, Michael Russell, to speak about his charge’s run at SW19, his message for Fritz, why the 24-year-old needs to be aggressive against Nadal and more.

How fun has it been for you to see all the hard work coming out at another big event like this?
It’s great. You know how tennis is, there are so many ups and downs. Taylor had the injury during the clay-court season with Madrid and Rome and then a couple first-round, early exits in ‘s-Hertogenbosch and in Queen’s.

We put a really good week of training in before Eastbourne and then obviously had that unbelievable week in Eastbourne, not even losing serve and then continued to take that into Wimbledon. It’s fantastic. That’s the pinnacle of coaching. You put the hard work in and then you see the results.

Was that foot injury dating back to what he dealt with at Indian Wells or was it something totally different?
Something totally different, which is unique. Taylor is hypermobile, so sometimes he gets these awkward injuries that just creep up. But he’s got a great physio who tries to keep him as healthy as possible and just had to deal with a metatarsal injury in his foot.

<img src="https://eltaszone.com/wp-content/uploads/2022/07/why-coach-russell-says-fritz-can-take-out-nadal-again.jpg" alt="Taylor Fritz“>
Photo Credit: Clive Brunskill/Getty Images
How has it been seeing the low of Taylor dealing with his injury during the clay-court season and now this high where he is now?
It’s the challenges of playing on Tour. You can’t expect to have title weeks every week. Obviously, you hope to. You try to put the player in the best possible situation with training and he’s got a great team around him with his physios and his consultant. We just try to make him ready to play as well as possible each match.

When it pays off, like it did in Eastbourne, earlier in the year in Indian Wells and now at Wimbledon, it just gives you a sense of joy. But at the same time, it gives Taylor that understanding of why he needs to put all that hard work in, because it does pay off, and that’s the result.

Early in the grass season, were there doubts he would be able to play Wimbledon?
There were a couple of doubts. We just weren’t sure if the foot was healed properly and then he had a little bit of a knee issue, but we realised that a lot of that was just not being fit enough after the foot injury, because he was in a boot for two weeks. And so he just wanted to play the French Open, but we didn’t think we had the proper training before that, and I think that affected the first couple weeks on the grass.

After we were able to finally get a really good training block in, we saw that he was going to be ready to play Eastbourne and obviously a fantastic run so far here at Wimbledon.

Obviously the Indian Wells final was a bit different between Taylor and Rafa. We know what Taylor went through with his foot and Rafa had his injury. Despite that, how much confidence is Taylor able to take knowing he beat Rafa in an ATP Masters 1000 final?
That’s a huge confidence booster, to have that win in his belt, in a final on such a big occasion. He needs to use that confidence and belief when he steps on court tomorrow.

You May Also Like: Next Stop – Nomadic Life With… Taylor Fritz

After his last match Taylor said he wanted Rafa. When a lot of players face the likes of Rafa, Novak and Roger, there’s an element of an intimidation factor. How nice is it to coach someone who wants those moments?
Taylor is a very confident individual and that’s part of the reason why he has a lot of success. When he steps on court, he believes he can beat anybody. It’s great to have a player who’s that self-confident. You just have to back it up off the court and with all the practice sessions and when you take that self-confidence on the court, you can execute all your shots.

Is that something you think he was just born with?
Taylor’s always been very self-confident and then when the self-confidence wanes a little bit, either due to injury or he’s just not feeling it, then we just put the hard work in on the practice court, in the gym, off court. All those extra items and activities help to create more confidence

How different is it playing Rafa at a place like Indian Wells compared to the grass at Wimbledon?
It’s completely different conditions. You have a Grand Slam, you have a grass court, which is a different surface. You have three out of five sets and a different ball as well, there are a lot of variables. But with that being said, it’s still the same player. You have that confidence that you beat him in Indian Wells and you need to take that with you into the match and get ready for a battle.

Rafa is one of the fittest if not the fittest player on Tour and obviously he’s won the most Grand Slam titles of anybody, so he’s going to have a tonne of confidence. But at the same time, Taylor’s coming in with a tonne of confidence on the grass, winning Eastbourne and four straight matches here without losing a set. So I’m just looking forward to it. It’s going to be a good battle and of course I hope Taylor comes out on the other side as the winner.

What’s your message for Taylor going into such a big match?
He has to play aggressively. Taylor plays his best tennis when he’s serving big, playing aggressively and basically taking the racquet out of his opponent’s hand. He’s staying focussed and not getting caught up in playing passively and long rallies. That’s not his game.

Taylor’s spoken so often this year about how his forehand has improved. Why do you think that is? Is it just the mentality of going for it more?
Taylor is definitely feeling more confident in his forehand and he’s going for it more. He’s not worried about going big on the forehand and missing. I think that has a lot to do with why he’s been so successful and also we’ve been putting a lot of hard work in. He’s much fitter, which leads to better movement, better balance, better setups, better agility, and that goes a long way as well. I think it’s a combination of all those factors.

Taylor is always focussed on continuing on and it doesn’t seem like he’d be satisfied just being in the quarter-finals. How do you balance the excitement of this being a great run so far and still wanting to push forward?
It’s important that you keep the player not complacent and just keep striving for more. You make your first quarter-final, which is a great result in a Slam. But at the same time, there’s no reason why you can’t make your first semi-final. There’s no reason you can’t make your first final and so forth.

It’s just continuing to have Taylor believe in himself, and he does have a strong self-belief. It’s just not getting caught up in all the exterior noise that’s around him and just focus on the match at hand. 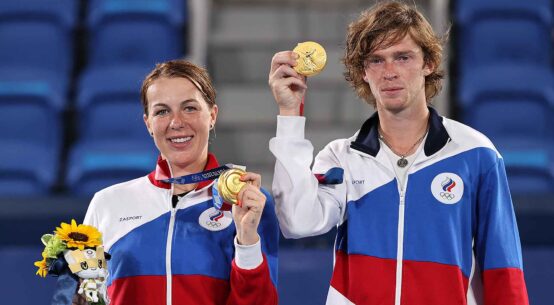 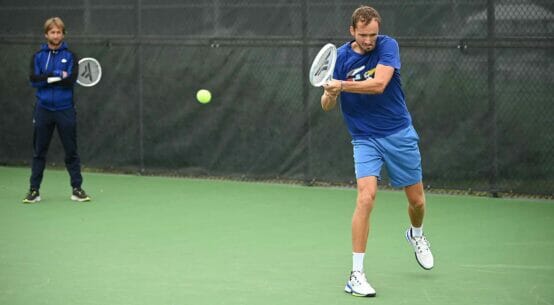 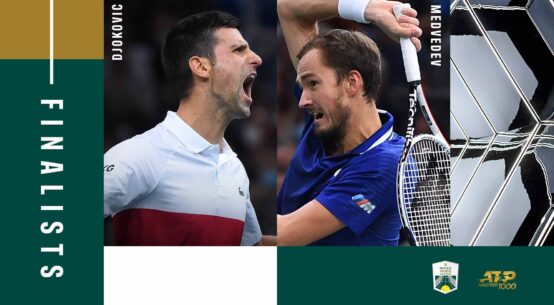 Preview: Why Djokovic Must Adapt To Beat Medvedev In Paris Final 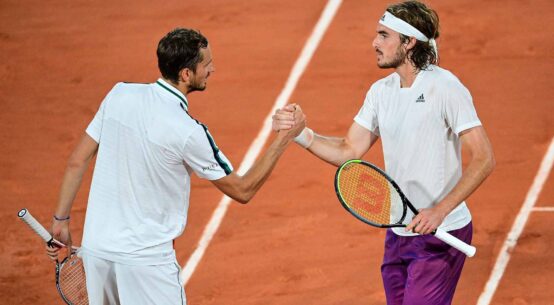 Medvedev On Tsitsipas: ‘I Didn’t Expect Such A Great Level From Him’