Skip to content
You are here
Home > Football > Will Newcastle turn the ‘big six’ into ‘big seven’? 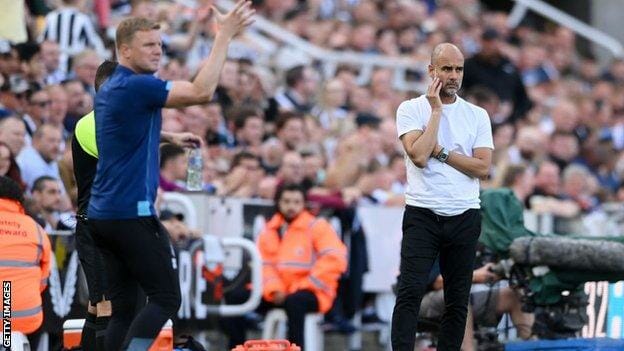 In October last year – in the first game after the completion of Newcastle’s controversial £305m Saudi-backed takeover – Steve Bruce’s 19th-placed team were losing at home to Tottenham as “no noise from the Saudi boys” rang around St James’ Park from the away end.

The Public Investment Fund which owns 80% of the club has remained largely silentexternal-link since, preferring to let its money do the talking.

But following that defeat by Spurs, which quickly showed the size of the task ahead, the new owners illustrated their decisiveness by sacking Bruce and replacing him with Eddie Howe.

The Magpies now sit seventh in the Premier League, and as the new ownership celebrates it one-year anniversary, PIF governor and Newcastle chairman Yasir Al-Rumayyan has spoken out twice this week.

In an open letter to Newcastle fansexternal-link, he described each season as “a building block towards our objective – to challenge for trophies both domestically and in Europe”.

In a rare interview to a Saudi broadcaster, he was more revealing, seeming to suggest Newcastle and Chelsea could occupy the same space.

Indeed, Chelsea chairman Todd Boehly, who is friends with Newcastle co-owners Amanda Staveley and Mehrdad Ghodoussi, has previously spoken of how the Premier League’s “big six will become the big seven” following the Magpies takeover.

There is no doubt that Newcastle is a club transformed, from its player spending through to Howe having to field questions about alleged human rights abuses in Saudi Arabia, the war in Yemen or the colour of Newcastle’s third kit.

But some supporters will be more focused on whether Newcastle can live up to Boehly’s billing, and wonder how long it will take to get there.

‘The joy has returned and tickets are like gold dust’

Al Rumayyan has not yet faced any questions about PIF’s ownership of Newcastle, or how close that fund is to the Saudi state.

A man who also looks after £550bn worth of assets for the PIF, he has been to St James’ Park on several occasions where the noise has returned in full volume.

Newcastle were treading water under former owner Mike Ashley, and many fans turned their backs on the club, with Ashley having to dish out discount tickets to keep the stadium full. Now tickets are like “gold dust” and supporters are dreaming of Europe.

Newcastle fan Yousef Hatem, who writes for the club’s True Faith fanzine, says: “I don’t think I’ve become any more of a supporter as a result of the takeover but there’s been a massive sea change in what actually supporting this club means.

“On supporters’ podcasts or WhatsApp groups, the talk before was all about the legal stuff. It was actually nothing to do with why we love football.

“Now it is who we’re going to sign, and how should we set up in midfield. And looking forward to the next game. As fans, it’s much more entertaining and the last year has reminded us of why all of us love football in the first place.”

The stadium has been repainted, the training ground and dressing rooms have been renovated, backroom staff have been recruited. The £200m transfer spending on eight players included a record £60m deal for Alexander Isak, but appointments off the pitch have been seen as equally as important.

Recruiting Dan Ashworth as the club’s sporting director was seen as a coup, while the club’s new chief executive Darren Eales is tasked with commercial growth – a factor neglected under the previous ownership.

On the pitch, Newcastle’s points tally since that October 2021 takeover puts them in the top six of the Premier League, one point above Manchester United – although they have played a game more.

Although results have been mixed so far this season, their thrilling 3-3 draw against Manchester City showed how the team are becoming as entertaining as they are effective.

Other than Isak, Chris Wood and Bruno Guimaraes, Howe’s spending has largely been on Newcastle’s defence, making them harder to beat. A recent run of draws and injuries to Callum Wilson and Allan Saint-Maximin shows the next few transfer windows need to concentrate on more attacking players if they want to keep up with or crack the Premier League’s top tier.

Those players are unlikely to come all at once. In his open letter, Al Rumayyan referenced the “patience and persistence” needed to achieve Newcastle’s goals.

But breaking the club’s transfer record shows their intent, and with forwards being more costly, Isak’s signing could signal the beginning of the next phase.

Key to that will be bringing in more income. Although PIF has huge wealth, the club will need to balance any spending with Financial Fair Play regulations, which is why, for example, they are ending their shirt sponsorship early at the end of this season.

“What’s impressed me most about the new owners is how they’ve taken everyone with them and also how they have managed expectations,” says Hatem. “They’ve not come in and over promised, but said it’s a five to 10-year plan and explained how difficult it would be to win the title or get into the Champions League.

“I think people have bought into the sense that it is a long-term project, looking at the root and branch throughout the club.

“So simple stuff, like painting St James’ Park, allowing the women’s team to play there, improving the club’s communication with fans. They’ve got the unglamorous, almost sensible, corporate things in place, so that fans trust them that it might take a bit longer to get things right at the top end – which we all know, is a bit of a journey.

“But I think the timeframe is reasonable because fans can see what the club is trying to do.”

“Progress won’t always be smooth – but we will always forge ahead,” Al Rumayyan wrote in his open letter to supporters.

While there have been clear gains on the pitch and within the club, the spectre of Saudi Arabia, its links to the PIF and, therefore Newcastle, remain. Crown Prince Mohammed bin Salman is the chair of the fund which owns the club.

Since the Saudi-backed takeover of Newcastle, some of the more high-profile cases in the country to have drawn criticism include the execution of 81 people in a single day, and Leeds University student Salma al-Shehab being jailed for 34 years for tweets which were considered critical of the state.

Questions about the killing of journalist Jamal Khashoggi and the war in Yemen have been put to Howe and supporters. Many fans think that is unfair, but accept they will continue.

“I do take an interest in those human rights issues,” Hatem says. “I don’t particularly think sovereign wealth funds should be allowed to own Premier League clubs.

“Fans, and the likes of Eddie Howe and other people at the club on the football side, have been put in the position of needing to answer questions, which I think are broader ones that others should be answering.”

PIF regards its investment in Newcastle as an economic one rather than any attempt to ‘sportswash’, or cleanse Saudi Arabia’s reputation on human rights. Newcastle will point out the Premier League allowed the takeover to pass its owners’ and directors’ test. A recent reportexternal-link also referenced the UK government’s alleged involvement in the takeover too.

Its UK chief executive Sacha Deshmukh said: “Though a lot has changed in the past year at Newcastle United, things have only got worse in Saudi Arabia and with every fixture the club is still being used to help sportswash Saudi Arabia’s shocking human rights record.”

Only Newcastle board members Staveley and Ghodoussi – whose PCP Capital Partners firm owns 10% of the club – have answered questions about sportswashing, denying that the takeover was an example.

The majority owner, PIF, is yet to do a British interview, though Al-Rumayyan said he “did not recognise the term” sportswashing when it was put to him by BBC Sport in June.

Simon Chadwick – professor of sport and geopolitical economy at Skema Business School – says that, with three-quarters of the Saudi Arabia population being under 35, the priority for the country’s investment in sport is to engage and entertain that age group, in part to avoid them getting “agitated and calling for change”.

He also says a quarter of the population are either obese or have diabetes, so investing in boxing or football, or even Formula 1, is seen as a way of trying to avoid a “public health crisis”.

“I don’t discount sportswashing but there’s a whole load of other things that I think the Saudi Arabians are trying to achieve,” says Chadwick. “So when you get Saudi Arabian officials sidestepping questions about sportwashing, I think what they are talking about and thinking about are some of the much bigger challenges that Saudi Arabia as a country faces.”

Saudi Arabia’s socio-economic issues seem a world away from Newcastle’s pursuit of European success, and may be of no direct interest to many of the club’s fans.

Hatem says: “I don’t think we should swerve questions and say we love Saudi Arabia, but we’re just going to have to keep dealing with it and we should engage, as we have done.

“But equally I don’t think it makes us hypocrites for wanting to continue to follow our club, as we always have. We followed them before the Saudis came and when the Saudis are gone, we’ll still follow them.” 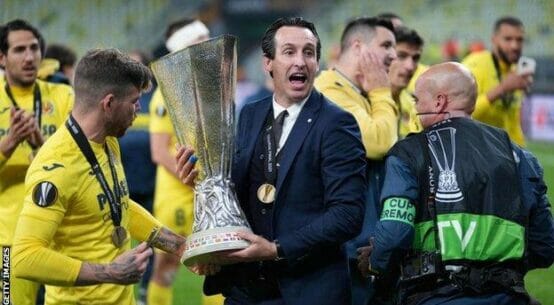 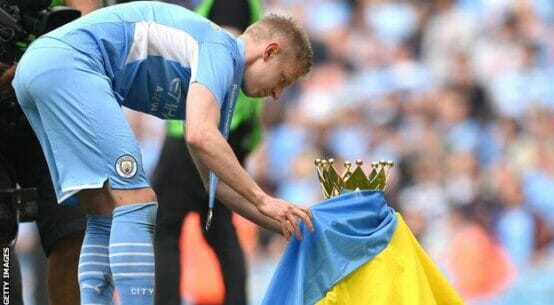 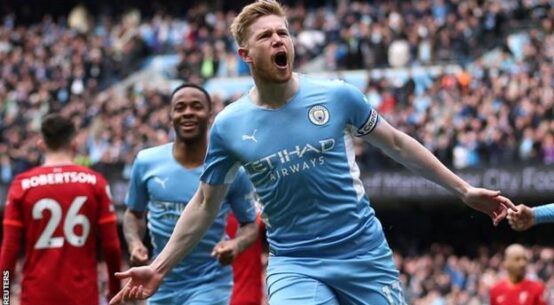 Man City 2-2 Liverpool: Jurgen Klopp says draw is ‘result we have to live with’