Twenty years old, on the same pitch as Lionel Messi, and it is your “genius moment” that Jürgen Klopp and the football world salute, after it drives your boyhood club into the Champions League final for a second year running. No wonder Trent Alexander-Arnold absorbed every moment of Liverpool’s extraordinary victory over Barcelona. His was a performance to make the Spanish champions pine for what they have lost.

Of the many memorable images from Tuesday’s semi-final comeback at Anfield the sight of the young Liverpool defender applauding Barcelona’s fans during his solo lap of honour – and of them applauding him back – demonstrated the wider appreciation for what had been a defining performance.

It must have been agony for the Catalans in that corner having witnessed another Champions League collapse by one of the most talented, though fragile, teams in the world, followed by Anfield’s impassioned celebration as they waited for the exits to finally open. But they recognised Alexander-Arnold’s sporting gesture and returned it. They may also have recognised the attributes that helped him transform the semi-final from right-back.

Strong, relentless, sharp and with an assist never far away – the Liverpool defender embodied what the Barcelona fans used to savour about Dani Alves when they had a team with the substance to support their reputation in Europe. Now they had Sergi Roberto, flailing against the speed and movement of Sadio Mané for the second time in a week. On the opposite flank Jordi Alba, so effective in the first leg, wilted in the face of the boyhood Liverpool supporter who craves his own part in Anfield folklore. That 79th-minute corner ensured he has it.

“Wow,” said Klopp, as he reflected on an improvised routine so quick he did not know in real time that Alexander-Arnold had played the corner and Divock Origi had produced the finish that completed one of the greatest comebacks in Liverpool’s illustrious European history. Barcelona had nine outfield players back for the corner, eight plus the goalkeeper, Marc-André ter Stegen, were inside the penalty area when it was taken, yet none were alert to the impending danger and precision from Alexander-Arnold’s right boot. “The corner of shame,” as El Mundo Deportivo described it.

Catalan journalists asked Ernesto Valverde several questions about the set piece in the post-match press conference, where the colour drained from the Barcelona manager. He could offer no explanation, although perhaps he already had. In reply to a general question about what had gone wrong at Anfield, as at Roma last season, Valverde said: “The two quick goals [from Georginio Wijnaldum] had a huge effect. Morale-wise it was really difficult to pick ourselves up.” Barcelona had gone long before Liverpool’s fourth goal. Alexander-Arnold’s breathless contribution was one of the major reasons why.

The Liverpool defender’s quick thinking punished the Spanish champions but the routine was not entirely off-the-cuff. On Monday Klopp’s first-team analysts delivered a video presentation to the ballboys on duty for the semi-final. They were shown aspects of their performance against Porto in the previous round that could be improved and were drilled on returning the ball faster when Liverpool needed it. The analysts had noticed how Barcelona players regularly switched off after conceding a set piece or free-kick in the first leg. Oakley Cannonier, a 14-year-old Liverpool academy player, was the ballboy who paid attention and the dividends to the waiting England international.

The tale is well told of how only a few years ago Alexander-Arnold would regularly leave his home in West Derby to look over the concrete wall around Melwood, Liverpool’s nearby training ground, and watch his boyhood heroes. Spotting Origi unmarked by a Barcelona defence as mobile as the Melwood wall was simple by comparison. He did not have to stand on a wheelie bin for his third assist of the Champions League campaign, and 15th this season.

Alexander-Arnold has made more assists, created more chances, delivered more crosses and made more interceptions than any other Liverpool player in the Champions League this season. If his corner was a moment of genius then his first assist of night, for Wijnaldum’s first goal, encapsulated the effort and will that underpinned the unforgettable victory. As soon as the defender’s header went astray to Ivan Rakitic in Barcelona’s midfield he was in pursuit of the recovery and beat Alba in the tackle before setting off on the run that would end in another telling cross.

At 4-0, and with Madrid in sight, Alexander-Arnold’s defensive instincts took over to ensure there was no way through for Alba, the substitute Malcolm or anyone in yellow. The right-back had been stung to miss out at the Camp Nou, where Klopp favoured Joe Gomez for his fresh legs, and delivered a response for which he will be long remembered. But not yet. As a Liverpool fan, he appreciates better than most there is still work to do. 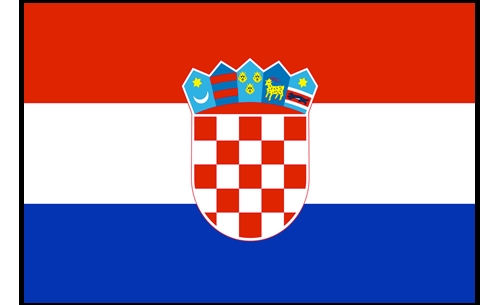 World Cup quarterfinals preview: What to know about each team, predictions, schedule and more