Skip to content
You are here
Home > College Sports > UMass, UConn and the Bottom 10 Battle of the Year 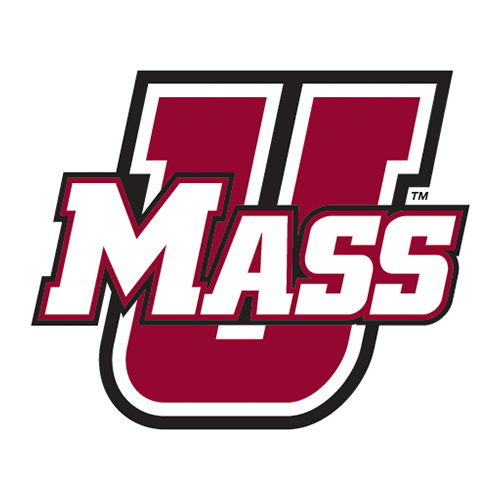 [Editor’s note: If you thought UConn-Vandy was big, how about UConn-UMass in maybe the biggest bad game of all-time? Those two are joined by Oregon and another three Power 5 interlopers.)

“You just couldn’t let me go, could you? This is what happens when an unstoppable force meets an immovable object. … You won’t kill me out of some misplaced sense of self-righteousness, and I won’t kill you because you’re just too much fun. I think you and I are destined to do this forever.”

— The Joker, talking to Batman while hanging upside down off a skyscraper in “The Dark Knight”

Here at Bottom 10 Headquarters, located in a secret Batcave behind the trophy cabinet where Baylor displays its 1961 Gotham Bowl trophy, we are, as you well know, all about intellectualism. Especially when it comes to the forces that pull, push and govern the way that everything and everyone travels through the universe.

We have always been particularly fascinated by the irresistible force paradox, or as it is referred to in other circles, the immovable object paradox. The question posed by philosophers and scientists alike is incredibly simple and incredibly complicated all at once. What happens when an unstoppable force meets an immovable object?

They are both indestructible, yet two different entities. The conflict surrounding their conflict is based on an incompatible premise. How can an unstoppable force and an immovable object exist simultaneously? What would happen should the two collide?

It is two trains colliding on the same track at the same speed. It is twin planets hurtling toward each other on an intersecting orbit. It’s Thor’s hammer being swung into the center of Captain America’s vibranium shield.

And it is UConn visiting UMass, this Saturday at 3:30 ET.

With apologies to Christopher Nolan, “The Han Feizi” and Steve Harvey, here’s the 2021 Week 5 rankings.

Here’s the Tale of the Tape for Pillow Fight of the Week of the Year of the Century of the Millennium (PFOWYCOM): UMass and UConn are ranked 127th and 126th in total offense, 129th and 118th in total defense, 123rd and 112th in rushing yards, 130th (last) and 125th in points allowed and 128th and 125th in scoring. The tale of this tape is that this roll of tape is being used to hogtie the teams’ mascots and hold them in college football’s basement for ransom.

Yes, the Huskies are the first team in the nation to reach six losses. Yes, they lost to Vandy on the road via last-second field goal. Yes, it was their second consecutive brutal loss, following a 24-22 loss to Wyoming that came down to a failed two-point conversion. And yes, according to the mysteriously ESP(N)-powered FPI computers, UConn is the underdog in the matchup with only a 37.9% chance of winning. But no, we aren’t moving them into our number one spot because we looked at the contract of “retired” head coach Randy Edsall, who is still on the payroll, and found a $100 bonus for every week his teams are ranked at the top of the Bottom 10. Okay, it’s actually a $100 gift card to Steak and Ale, but still, we aren’t giving him the pleasure.

We don’t want to get too far ahead of ourselves, but just in case the Earth doesn’t explode like Alderaan at the end of the UConn-UMass game, and assuming Arizona loses to UCLA on Saturday night, then the following weekend will bring us the P(ac12)illow Fight of Week 7, when the Wildcats travel to face Bottom 10 wait lister, the Colora-duh Muffaloes.

The Fightin’ Tarks round out our top/bottom four, also the only four FBS teams who are still winless on the season. Yet another reason to never expand the Bottom 10 CFP field to any number other than four … unless we can figure out how to do a 13-team bracket.

Stanford scores a game-tying touchdown on the final play of regulation and then wins it in overtime to upset No. 3 Oregon.

The coveted fifth spot is dressed in gaudy yellow and green, after Oregon fell on the road to Stanford. The Cardinal certainly didn’t win due to any homefield advantage. Judging by the thousands of empty seats, the undergrads elected to not sit still in a stadium when they could instead be in a Silicon Valley lab devising an algorithm that might help the Pac-12 one day get an undefeated team into October.

The Zips were favored to win last weekend’s Pillow Fight Undercard matchup with Ohio Not State, the team that was ranked in this very spot headed into the game, and lost 34-17. Akron has seven games remaining, all MAC conference games, and five of those opponents currently have records of 2-3. That’s the #MACtionest fact that ever #MACtioned.

After a season-opening win over Central Arkansas, the Red Wolves have dropped four straight games. The latest loss was to Georgia Southern Not State, a team that was ranked ninth in last week’s Bottom 10 and had just fired its head coach in part because he let a player stand atop the team bus and shotgun a beer as that bus was driving down the road … and that 1-3 coach-less team promptly scored seven touchdowns and scored 59 points, nearly as many as they had in their first four games combined (66).

KU followed up its Week 4 loss to Dook in the Man We Wish This Was Hoops Classic by falling on the road at Iowa State. Now they will close out the season with seven straight Big 12 conference games. According to the mystically mathematical FPI computer, their chances of winning those seven games are 8.5% (Texas Tech), 1.6% (Oklahoma), 3.3% (Oklahoma State), 8.8% (Kansas State), 1% (Texas), 3.3% (TCU), 6.9% (West Virginia) and 100% (being thankful it’s over).

The Other Aggies nearly knocked off San Jose State on the road before running out of gas in the fourth quarter. Sources tell the Bottom 10 JortsCenter news desk that their momentum was derailed when someone on the team on the bench looking at their phone suddenly yelled out, “Wait… we have to play at Kentucky and Alabama in back-to-back weeks in November?!”

Are there worse teams on the Bottom 10 Waiting List? Probably. But Vandy is still on this list because they were docked a bazillion style points for jumping around en masse at midfield after edging out UConn like they’d just beaten Tampa Bay. 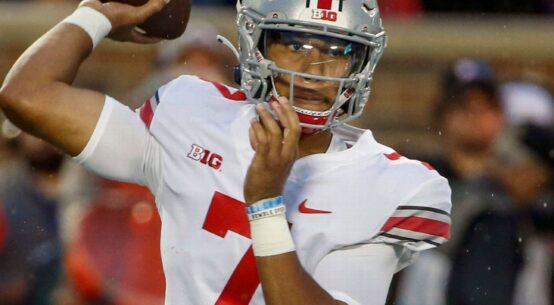 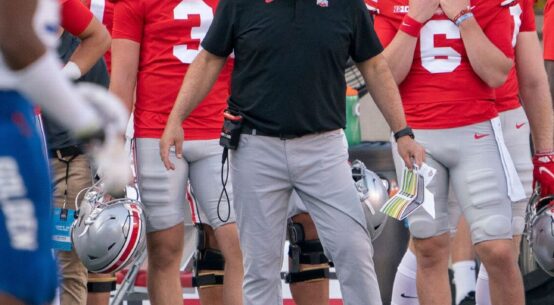 Buckeyes QB Stroud on track to start vs. Akron 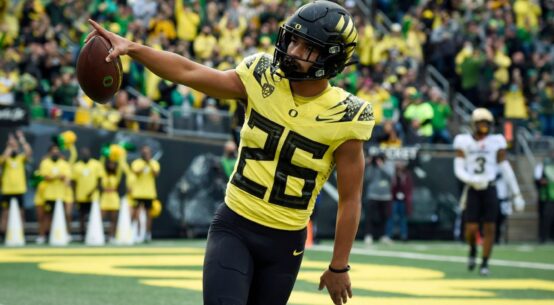