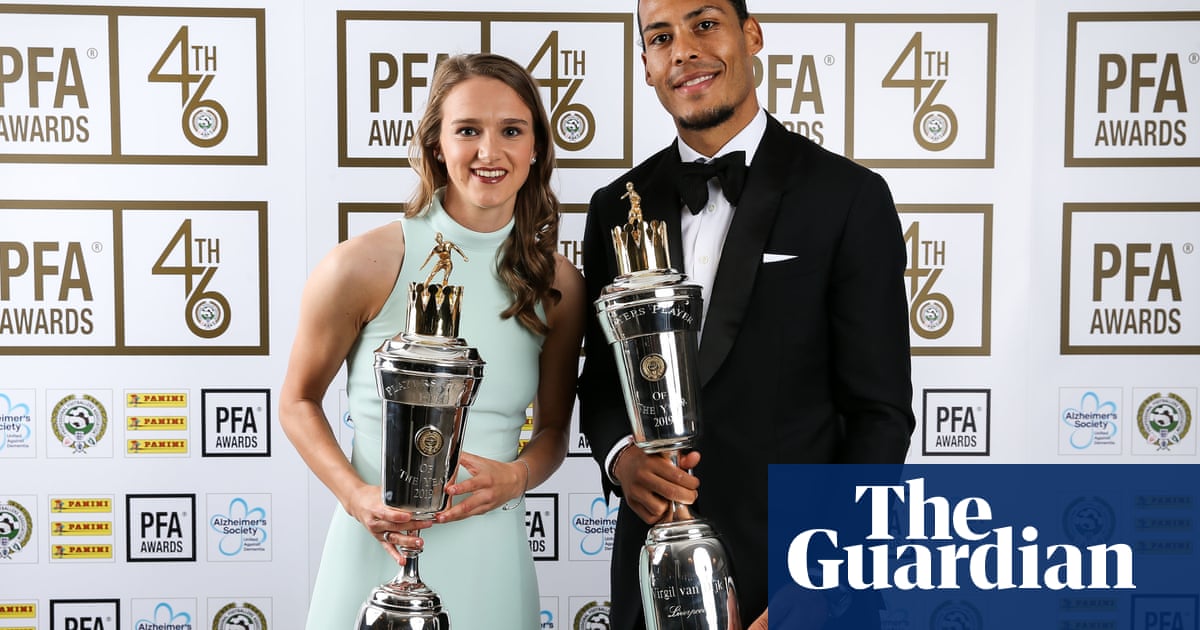 Liverpool’s Virgil van Dijk and Vivianne Miedema of Arsenal have been crowned Professional Footballers’ Association players of the year for the 2018-19 season, with Manchester City’s Raheem Sterling and Georgia Stanway named as young players of the year.

Netherlands defender Van Dijk saw off stiff competition from Manchester City’s Sterling to take the award after a brilliant season that has seen Jürgen Klopp’s side concede just 20 goals from their 36 matches so far. Van Dijk, who moved to Anfield in January 2018 from Southampton for £75m, has helped Liverpool record 17 clean sheets this season and becomes only the fifth defender to receive the award after Norman Hunter, Colin Todd, Gary Pallister, Paul McGrath and John Terry.

“It’s pretty difficult to put into words,” he said. “I think it’s the highest honour you can get as a player to get voted player of the year by the players you play against every week. It’s special. I’m very proud and honoured to receive it.”

He was presented with the award at the Grosvenor Hotel in London on Sunday evening, with fellow Netherlands international Miedema also honoured for her performances this season that saw Arsenal win the WSL title on Sunday. “I think we’ve had an amazing season as a team and obviously with Joe Montemurro coming in last year, we’ve changed the way we used to play a lot and that has benefited me,” she said. “I’ve stayed fit this year and I created a lot of chances but got a lot of chances as well. I am a number nine so I do need to score the goals.”

NFL Week 12 early odds: Two Thanksgiving bets that have been paying off, Chiefs favored over Buccaneers